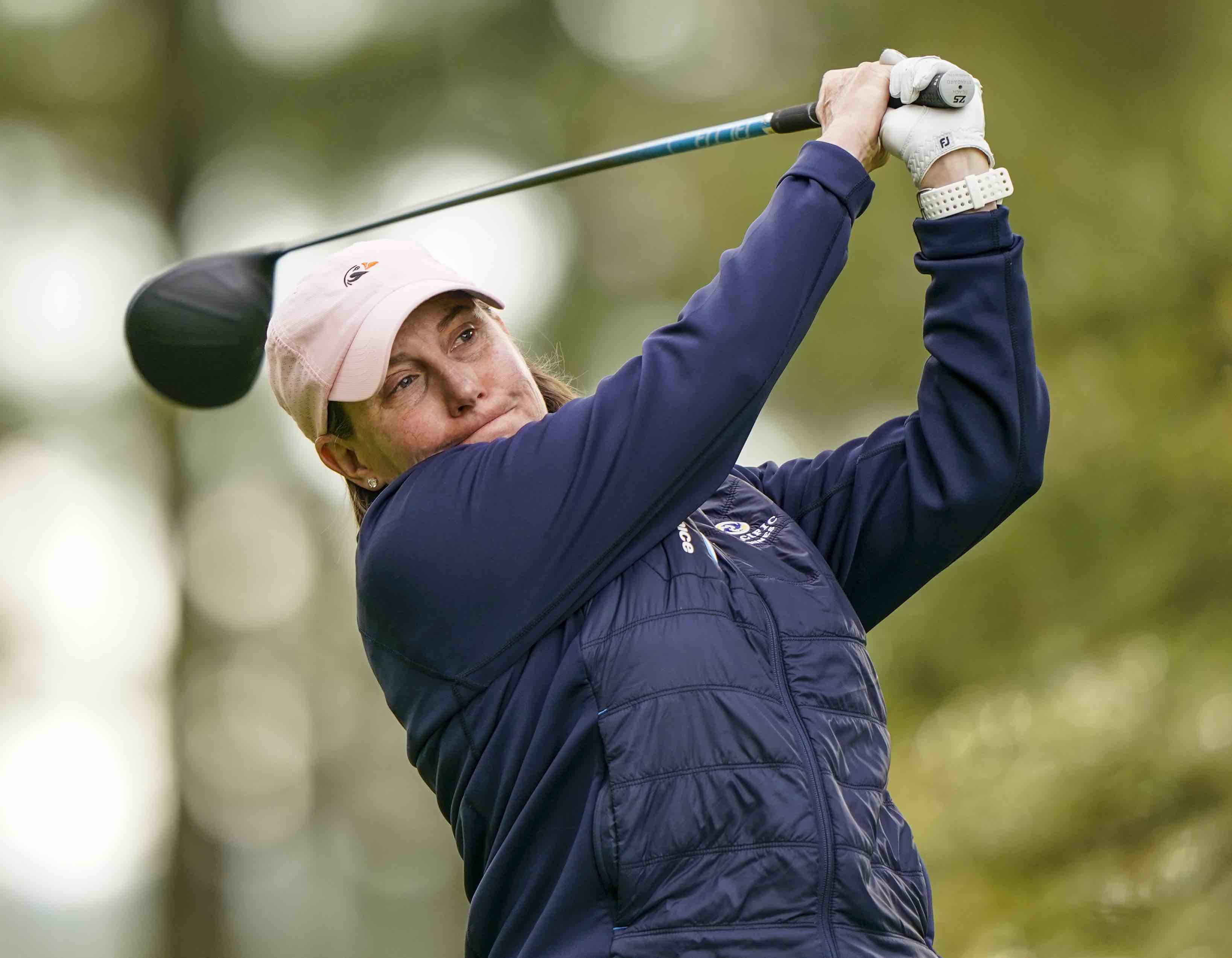 Three Coloradans — Susie Roh of Denver, Erin Houtsma of Denver and Marilyn Hardy of Gunnison — won their opening matches on Monday at the U.S. Women’s Mid-Amateur in Flagstaff, Ariz.

For all three, their reward will be facing past Women’s Mid-Amateur champions in Tuesday morning’s round of 32. Next up for Roh (pictured above in a USGA photo by Darren Carroll) will be 2015 champ Lauren Greenlief of Ashburn, Va. Houtsma will meet 2009 winner Martha Leach of Hebron, Ky. Hardy will square off with two two-time champion — and this year’s stroke-play medalist — Julia Potter-Bobb of Indianapolis.

In Monday’s round of 64, Roh scored a 2-up victory over Courtney Kim of Raleigh, N.C. Roh lost the first hole, but never trailed after winning No. 2 with a par. She finished the day with three birdies.

Houtsma, a former pro who won the 2005 CoBank Colorado Women’s Open, prevailed 1 up on Monday over Lea Venable of Simpsonville, S.C. Houtsma, competing in a USGA championship for the first time in 17 years, made a winning par on 18 to notch the victory.

Hardy, a semifinalist in the first U.S. Women’s Mid-Am, notched a 2-and-1 win on Monday over Michelle Jarman of Wilmington, N.C. Hardy never trailed in the match.

The winners in Tuesday morning’s round of 32 will play round-of-16 matches in the afternoon.

Here’s how all the players with strong Colorado connections have fared this week at the U.S. Women’s Mid-Amateur: