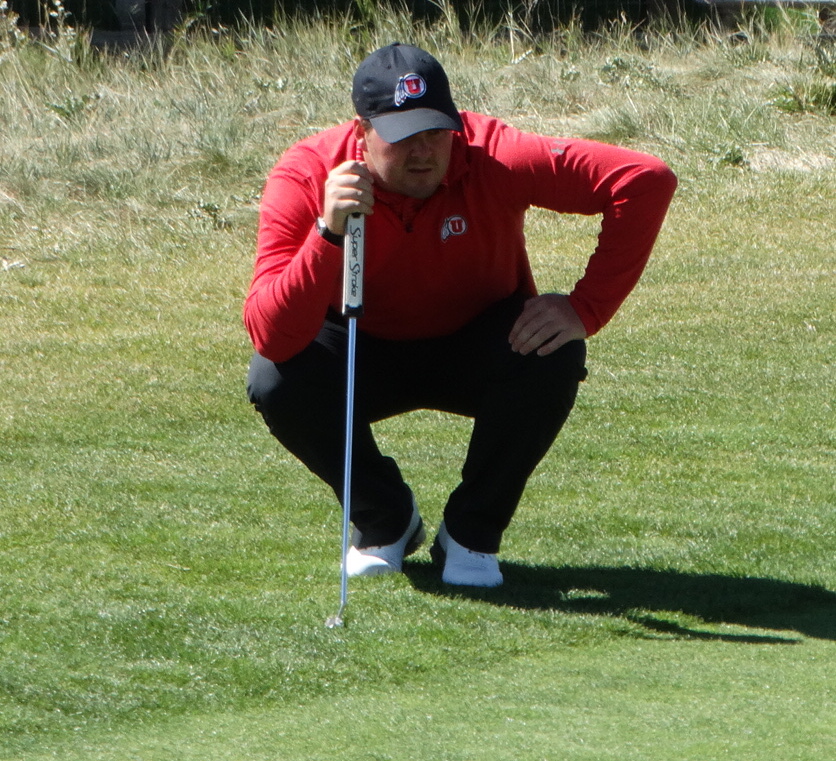 Double bogeys on par-4s bit reigning CGA Amateur champion Kyler Dunkle on Sunday in the men’s NCAA national championship, but despite a 5-over-par 77, he remains in the top dozen going into Monday’s final round in Fayetteville, Ark.

Dunkle (pictured), playing in his final college tournament as a University of Utah senior, posted a three-round total of 1-over-par 217, which leaves him tied for 11th place out of 156 players, eight strokes behind leader Matthew Wolff of Oklahoma State.

Dunkle, the 2016 CGA Les Fowler Player of the Year and the 2012 5A state high school champion, made four birdies, three bogeys and three double bogeys on Sunday, with all of the doubles coming on par-4s at Blessings Golf Club.

The stroke play portion of the NCAA tournament will conclude on Monday — as will Dunkle’s college career.

Meanwhile, University of Louisville coach Mark Crabtree, a Colorado Golf Hall of Famer, saw his Cardinals miss the 54-hole cut and finish 29th out of the 30 teams competing at nationals.

Here are the scores for the players with strong Colorado ties competing at the men’s NCAA Division I finals: