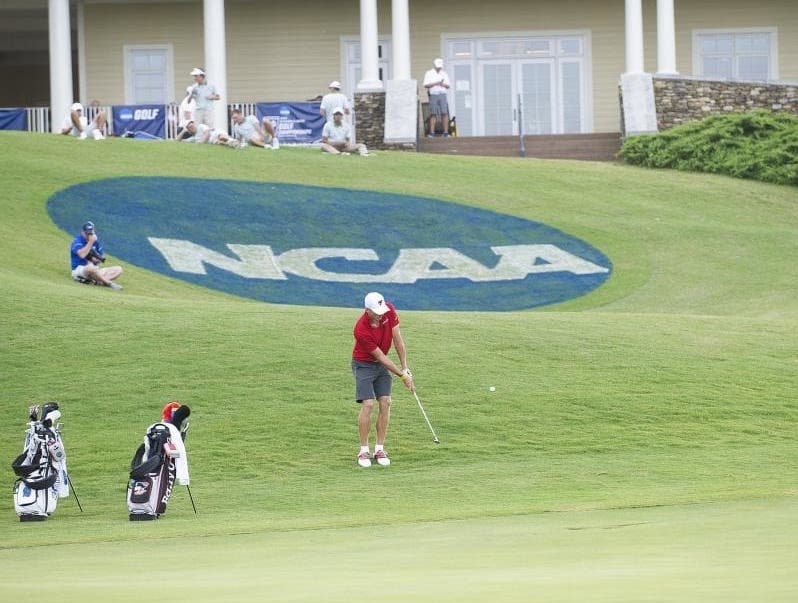 UNC’s Welch opens with 66 at NCAA Regionals, DU’s McCoy with 68

Two Coloradans playing for Colorado-based college teams are in the top 10 in their respective men’s NCAA Division I Regional tournaments after Monday’s opening round.

Coby Welch of Highlands Ranch, a junior at the University of Northern Colorado, shot a 4-under-par 66 and shares seventh place individually in the regional in Pullman, Wash. That leaves him just two out of the lead at that site.

And Cal McCoy of Highlands Ranch, a freshman at the University of Denver, fired a 2-under-par 68 and is tied for ninth place at the Stanford, Calif., Regional. He trails leader Jake Vincent of Southern Utah by four.

Also breaking 70 from a local perspective on Monday were 2018 CGA Amateur champion Kyler Dunkle, a senior at Utah, who fired a 69 and is tied for 15th in Stanford; University of Colorado junior Daniel O’Loughlin, whose 68 leaves him in 19th place in Pullman; and Colorado State University sophomore Parathakorn Suyasri, who carded a 69 and shares 23rd place in Pullman.

The top five team finishers — and the top individual not on one of those teams — from each regional will advance to the NCAA Championship Finals, set for May 24-29 in Fayetteville, Ark.