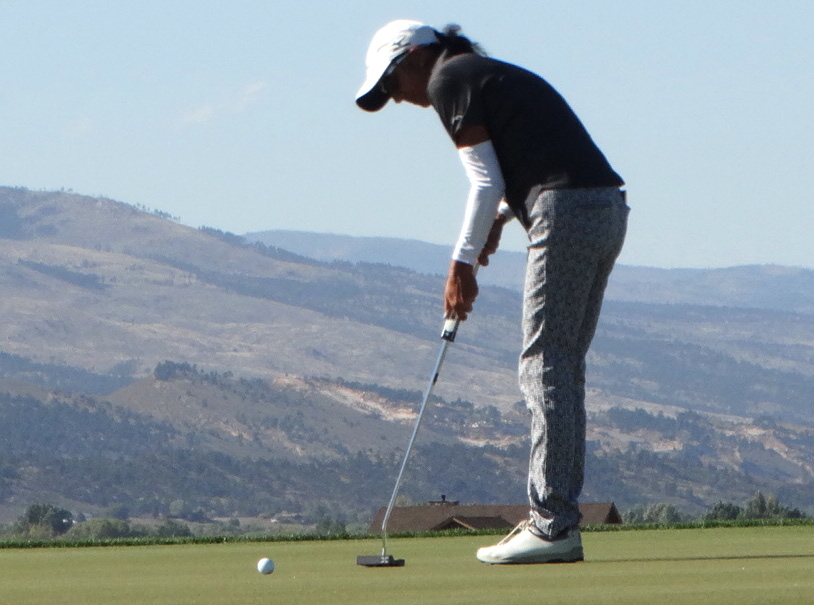 The 56-year-old Andonian-Smith (pictured) and 35-year-old Braga matched 3-under-par 34 totals over the final nine holes. But despite Braga making birdies on 17 and 18, Andonian-Smith prevailed by one stroke.

Andonian Smith, who has qualified for the first two U.S. Senior Women’s Opens and was a runner-up in the Colorado PGA Professional Championship last year, went 71-73 for an even-par 144 total at Glenmoor. She finished the final round with three birdies and four bogeys.

Also in contention down the stretch was Stefanie Ferguson of CommonGround Golf Course, who shot a second-round 72 and finished two behind Andonian-Smith. Ferguson also had a strong back nine on Thurday with a 2-under 35.

The Colorado PGA Women’s Championship is open to all female PGA and LPGA members and associates in good standing who reside or work within the Colorado PGA Section boundaries.

For all the scores from the CPGA Women’s Championship, CLICK HERE.