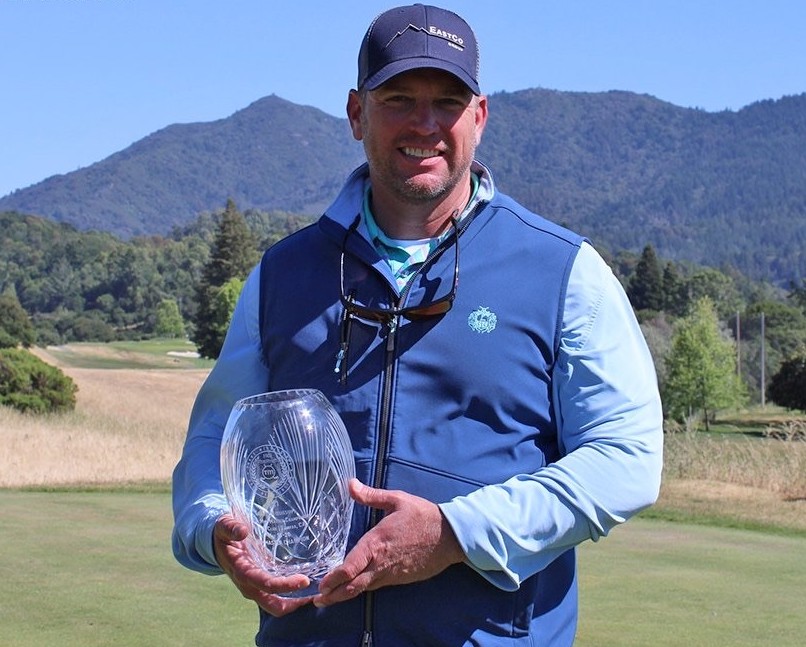 Jay Livsey of Lakewood Country Club rallied in a big way on Thursday to win the Trans-Mississippi Mid-Master Championship in Fairfax, Calif.

Livsey, who started the final round eight strokes out of the lead, ended up prevailing in a playoff with a par on the second extra hole after competing against a 27-man field in the 40-and-older tournament.

The 40-year-old Coloradan, who competed in the 2019 U.S. Mid-Amateur at Colorado Golf Club, backed up a first-round 78 with scores of 72-70 for a 7-over-par 220 total. In the final round, he holed out for eagle on the par-4 10th to start his day and added a birdie and two bogeys for his 1-under 70. Then in the playoff he defeated the two other players who finished at 220 — 2019 champion John Bearrie of Marana, Ariz., and second-round leader Brad Wilder of Fort Wright, Ky.

“This is the biggest win of my career for sure,” said Livsey, who owns a private gym franchise in Colorado.