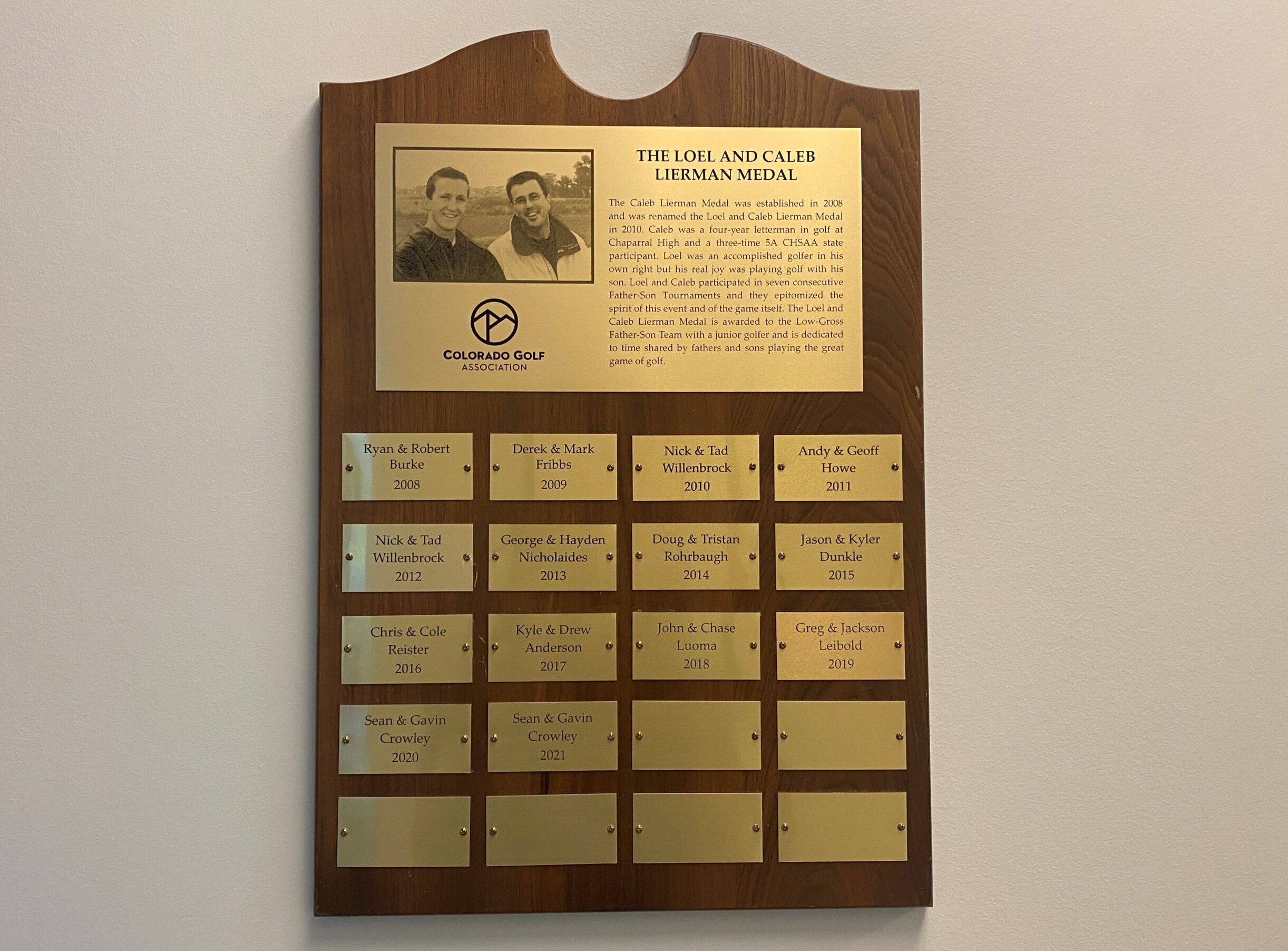 The Loel and Caleb Lierman Medal plaque hanging in the CGA office.

To say that Loel and Caleb Lierman were regulars in the CGA Parent-Child Championship is an understatement. The father-son duo from Highlands Ranch, Colorado began playing when son Caleb was just ten years old. The annual tournament became one of their favorite ways to spend time together on the golf course. The tradition of playing together and making friends with other participants was a joy that Loel described as “beyond compare.”

Tragically, in 2007, Caleb Lierman passed away at the age of 20 of complications from diabetes. As a way to honor his memory and process their grief, Loel and wife Rhonda approached the CGA and asked for permission to award a medal in Caleb’s name at what was then the CGA Father-Son Tournament. With assistance from good friend Gary Thiret, a plaque was created, and 20 medals were struck to commemorate each year of Caleb’s life. The Caleb Lierman medal was first awarded in 2008 to Robert and Ryan Burke at Pole Creek Golf Club (note: The Burkes are the defending champions of the CGA Parent-Child Championship this year!)