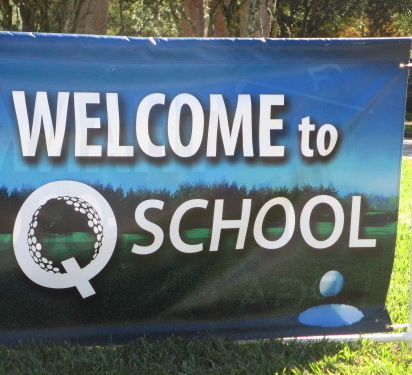 More than a dozen local golfers gear up as LPGA, Korn Ferry Q-schools set to start

It may seem like just yesterday that Coloradans Jennifer Kupcho and Becca Huffer, and University of Colorado golfer Robyn Choi wrapped up Q-school and earned their 2019 LPGA Tour cards.

In reality, it was last November. But already, the next LPGA Q-school is set to begin. And qualifying for the Korn Ferry Tour also will crank up before the month is over.

In other words, thousands of tour hopefuls are ready to give it a go for 2020 playing privileges on one major tour or another. And just within the next week, more than a dozen playes with strong Colorado connections will begin their quests.

First up is stage I of LPGA qualifying, which is set for Thursday through Sunday in Rancho Mirage and Palm Desert, Calif. A field of 359 — representing 43 countries and 38 states — will begin play. On the line will spots in stage II — scheduled for Oct. 14-17 in Venice, Fla. — for at least the top 95 finishers and ties.

The top performers in Florida will earn berths into the eight-round LPGA Q-Series Oct. 23-Nov. 2 in Pinehurst, N.C., where 2020 LPGA Tour cards will be on the line.

Among the players with strong Colorado ties in the field in stage I this week are:

— Katherine Hollern of Sedalia, who qualified for the 2019 U.S. Women’s Amateur

As for Korn Ferry Tour Q-school, it will begin with Pre-Qualifying tournaments on Aug. 28. That will be followed by three more qualifying stages for those seeking cards on the feeder circuit for the PGA Tour.

Among the locals beginning their quest in one of the six Pre-Qualifying stages either Aug. 28-30 or Sept. 4-6 are:

Jake Staiano of Englewood, the 2017 CGA Player of the Year

For those who advance from Pre-Qualifying — traditionally about 20 per site — the rest of the Korn Ferry Q-school scheduling looks like this:

The first stage for the senior circuit will be held Nov. 19-22 at three site: Lutz, Fla., Nipton, Calif., and Montgomery, Texas.

The final stage, where the top five finishers are fully exempt for 2020 on PGA Tour Champions, will be contested Dec. 3-6 in Scottsdale, Ariz.