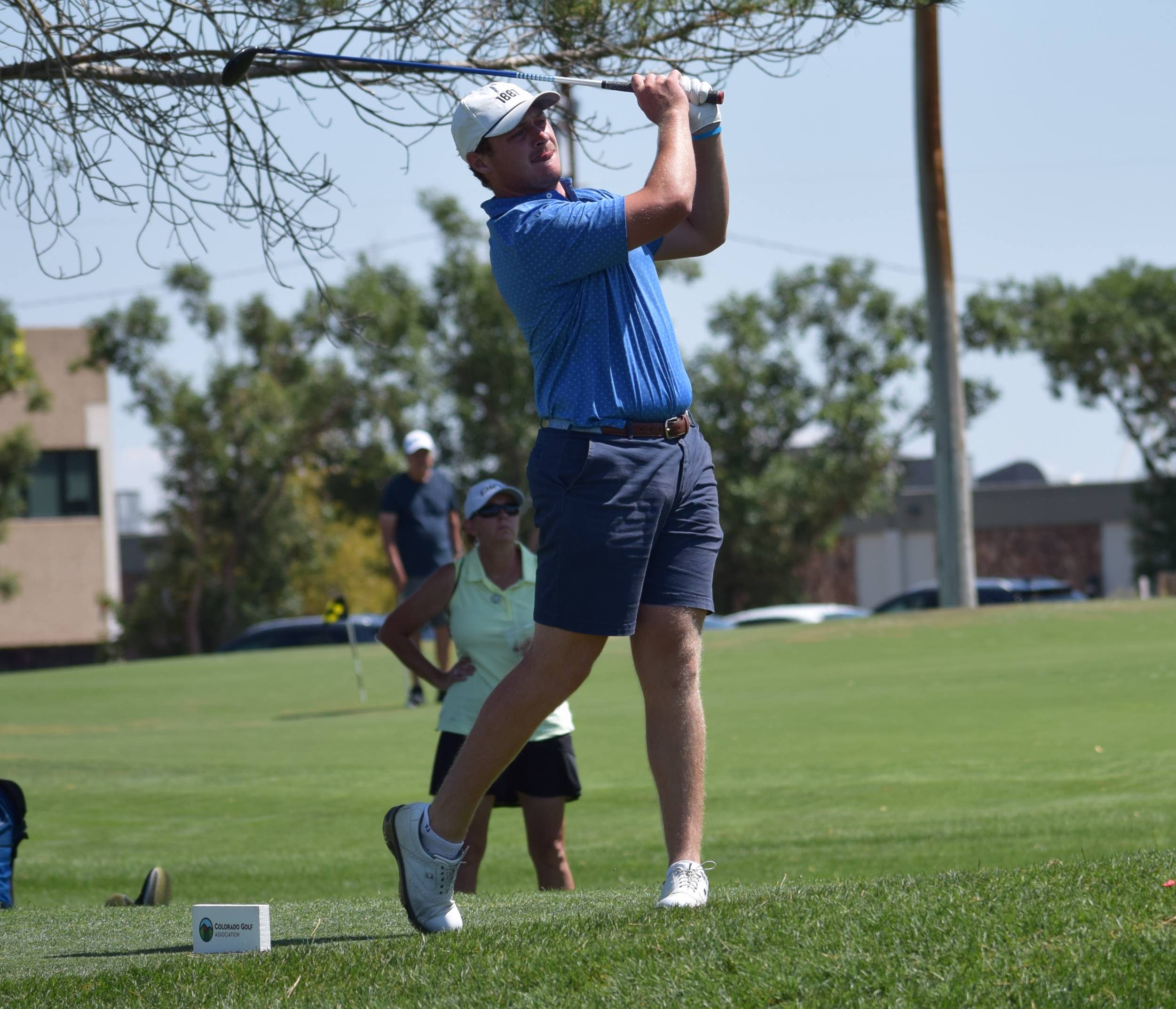 Jackson Solem made an eagle and eight birdies on Monday at Fort Collins Country Club.

The Fort Collins GCAA Amateur isn’t technically a college golf tournament. After all, the field isn’t limited to college players, and there’s no team competition — at least formally.

All that said, the Fort Collins event is being contested on the dates and at the site where Colorado State University’s Ram Masters Invitational had been scheduled before the Rams — and every other Colorado-based NCAA Division I golf team — saw their fall seasons called off due to Covid-19 safety concerns.

And the leaderboard at Fort Collins Country Club sure has the look of a local college tournament. After Monday’s first two rounds of the 54-hole event, the top spot belongs to a University of Denver golfer (Jackson Solem of Longmont), second place to players from CSU (Davis Bryant of Aurora and Gavin Hagstrom of Fort Collins), and fourth place to a DU golfer (Cal McCoy of Highlands Ranch) and one from the University of Colorado (Spaniard Victor Bjorlow).

And on it goes down the list, with a few exceptions thrown in here and there, such as CSU assistant coach Parker Edens, who finished runner-up in the CGA Mid-Amateur on Sunday. The 30-year-old shares sixth place after 36 holes.

Solem posted rounds of 66-69 for a 5-under-par 135 total, which gives him a three-stroke lead heading into Tuesday’s final round. Solem made an eagle and eight birdies on day 1.

McCoy and Bjorlow are tied for fourth place at 139. CSU golfer AJ Ott, a former CGA Player of the Year and a four-time U.S. Amateur qualifier, is among those at 140 as his second-round 66 tied for low score of the day.

Kate Smith of Detroit Lakes, Minn., and Megan Whittaker of Elkhorn, Neb., are the top women in the field after Monday, sitting at 2-over-par 142.