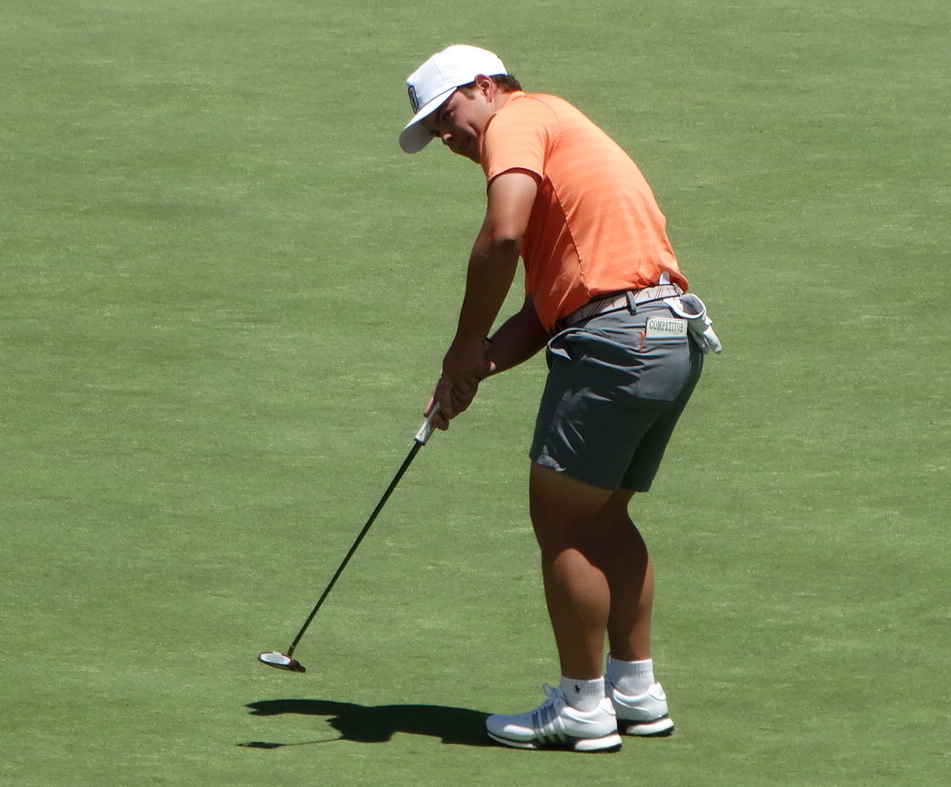 It was close, but Dillon Stewart’s junior golf career will live to see another couple of days.

The Fort Collins golfer, who is putting the final touches on his junior tournament resume this week, made the 36-hole cut Wednesday in the national Boys Junior PGA Championship, but just barely.

Stewart, winner of the first two Junior Golf Alliance of Colorado majors of 2019, is tied for 62nd place in Hartford, Conn. If he had been another stroke higher, his tournament would be over.

As it is, Stewart (pictured) shot a 2-over-par 72 on Wednesday, leaving him at 1-over 141 overall. The future Oklahoma State University golfer trails leader Canon Claycomb of Bowling Green, Ky., by 15 strokes.

The other Coloradan in the field, University of Northern Colorado-bound golfer TJ Shehee of Mead, missed the cut by two after posting rounds of 71-72. Shehee had a roller-coaster round on day 2, following up an eagle on the par-4 first hole with a triple-bogey 8 on No. 2. Overall on Wednesday, he made an eagle, four birdies, five bogeys and a triple bogey.

Play at the Boys Junior PGA Championship will continue through Friday.