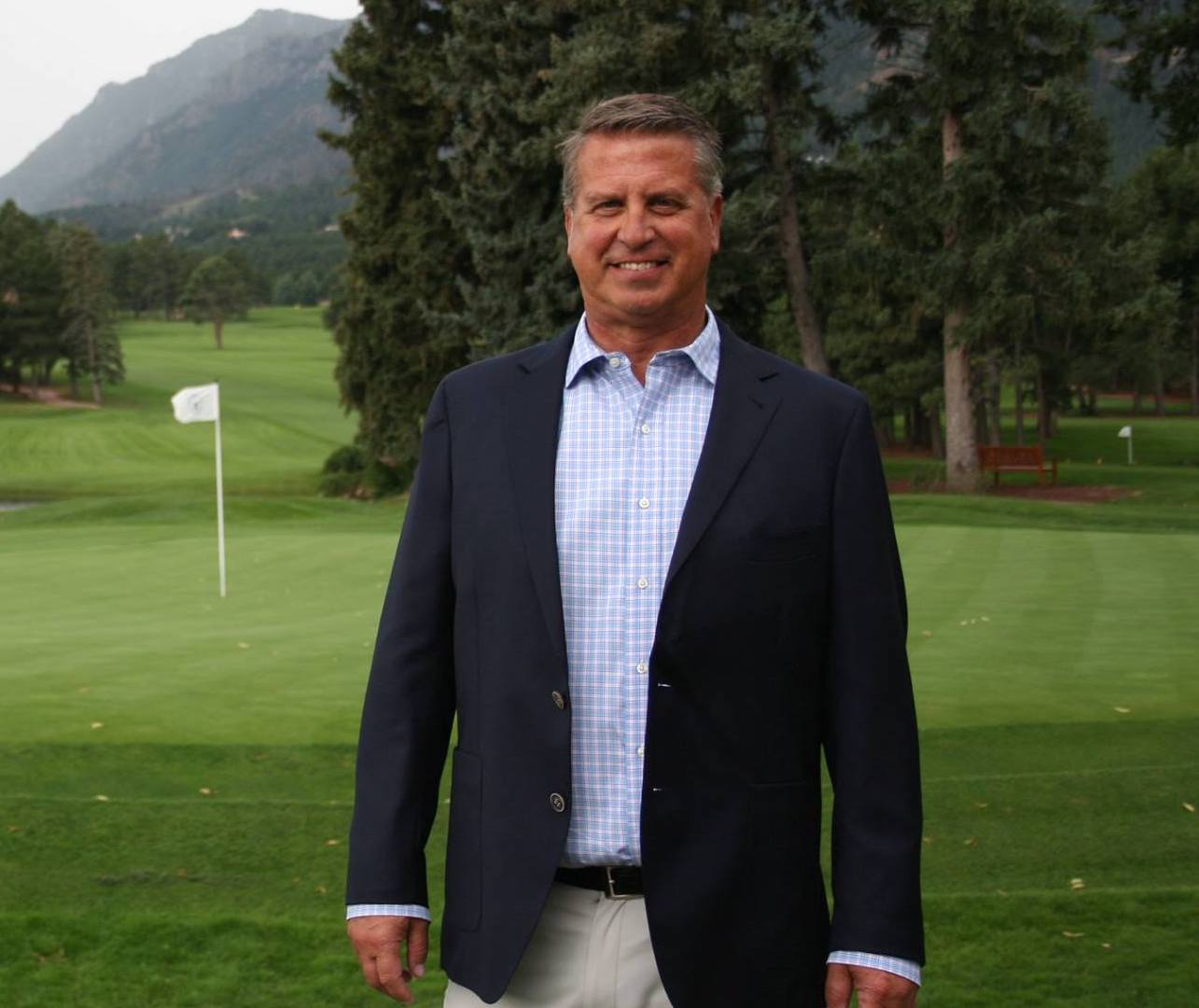 Mark Kelbel, a fixture at The Broadmoor since 2001. was the Colorado PGA's Golf Professional of the Year in 2017. Photo: Colo. PGA

After year of much change, Mark Kelbel takes on new role in Colorado golf, for CGA as program director at new Broadmoor Caddie & Leadership Academy

Mark Kelbel has been in the golf business for about as long as he can remember. That sometimes comes with the territory when you’re a third-generation golf professional, which Kelbel is.

“In those days (as a kid) if the child-labor laws were enforced, my dad would have been in trouble,” said Kelbel, a Class A PGA professional since 1993. “We were at the course at a very, very young age. Picking balls, all of us caddied. At 14, I was a full assistant in the golf shop. In those days to give a young person a significant amount of responsibility was not odd. You just did it. I had done all my caddying prior to that. I’ve been in the golf business a long, long time.”

And he still is, albeit in a different role as of recently. This month, Kelbel joined the staff of the CGA as the program director of the new Broadmoor Caddie & Leadership Academy, which will debut shortly after Memorial Day.

Kelbel will be novel among CGA staffers in that he’ll be working remotely — in his case from Colorado Springs.

Life has taken many twists and turns for Kelbel over the last year, which is the reason he’s in this new gig.

On May 4 of last year, after about 18 years as PGA head professional at The Broadmoor Golf Club, Kelbel left Colorado Springs to take a job at a non-profit in Florida. Just three weeks later, his wife, Audrey, learned about major health challenges that lay ahead. The situation called for an about-face and Kelbel returned to Colorado on July 30 and started instruction work at The Broadmoor Golf Club.

“They said, ‘Here’s what we’re thinking of doing and you’d be perfect to head this up if we can get it to pass the powers that be and if it makes sense for everybody,’” Kelbel relayed. “‘Would this be something you’d be interested in?’ I said, ‘Absolutely.’ That became just a matter of time. Once I knew who was involved and where I would be and so on and so forth, it was kind of a no-brainer for me. It was just a matter of hoping it would come to fruition.

“If I’m ever going to land anywhere, Colorado is the place for me because of my longtime associations and the wonderful people here.”

Working with the BCLA — where he’ll be recruiting and training caddies, teaching leadership and financial literacy to them, and doing community outreach — seems up to be right up Kelbel’s alley. The 57-year-old leads a non-profit (“Fearless Golf”), a spiritual and mental health outreach organization that’s geared toward at-risk teens and young adults. And his talent and temperament seem ideal for the task at hand.

“Mark is one of the most charismatic people I know,” said Ed Mate, executive director of the CGA, which serves as the host non-profit for The Broadmoor Caddie & Leadership Academy. “He’s such a motivator and such a natural coach. His passion is helping people. It just happens to be through golf. People can say that, but he’s always walked the walk — whether it’s the non-profit he started to help kids in Third-World countries who can’t get shoes (Hemisphere Charities) or starting a program in Colorado Springs the last few months called Fearless Golf, which is working with at-risk kids. So this is just perfect.

“I’m more excited about Mark’s ability to create an outreach program in the community than I am about Mark’s ability to create a caddie program. It just so happens he has the golf expertise and The Broadmoor intimacy to do both. But I think where he is, over time, going to build something that’s extra special is his ability to talk to people and share our story and ultimately bring kids into this program where ‘Wow, did we change that kid’s life.’”

George Solich, whose brainchild it was for The Broadmoor Caddie & Leadership Academy and who funded the feasibility study for the program, likewise believes Kelbel is an ideal choice for program director. It was just three years ago that Kelbel earned the Colorado PGA’s highest honor, being named Golf Professional of the Year. During his time as head professional at The Broadmoor, the club hosted three USGA championships — the 2011 U.S. Women’s Open and the 2008 and ’18 U.S. Senior Opens. Prior to coming to Colorado, Kelbel was the PGA head pro at the golf facility at the Grand Hotel on Mackinac Island in Michigan

“We got really lucky there because we got a guy who’s going to be our program director who a) is fabulous with kids; and b) knows as much about The Broadmoor golf operation as anybody on the planet. It’s really fortuitous, really great timing,” Solich said.

Working with The Broadmoor, the Soliches and the CGA made the situation all the more ideal for Kelbel.

“I think the world of Geoff and George and I know where their heart is when it comes to wanting to help these kids and how much they think of caddying as a first job to lead to other things, and the opportunities that can come from being fortunate enough to receive the Evans Scholarship (for caddies),” Kelbel said. “I’m a huge fan of the Soliches and a huge fan of that (Solich Caddie & Leadership) Academy and all that it does. I can’t wait to get to know it better, quite frankly.