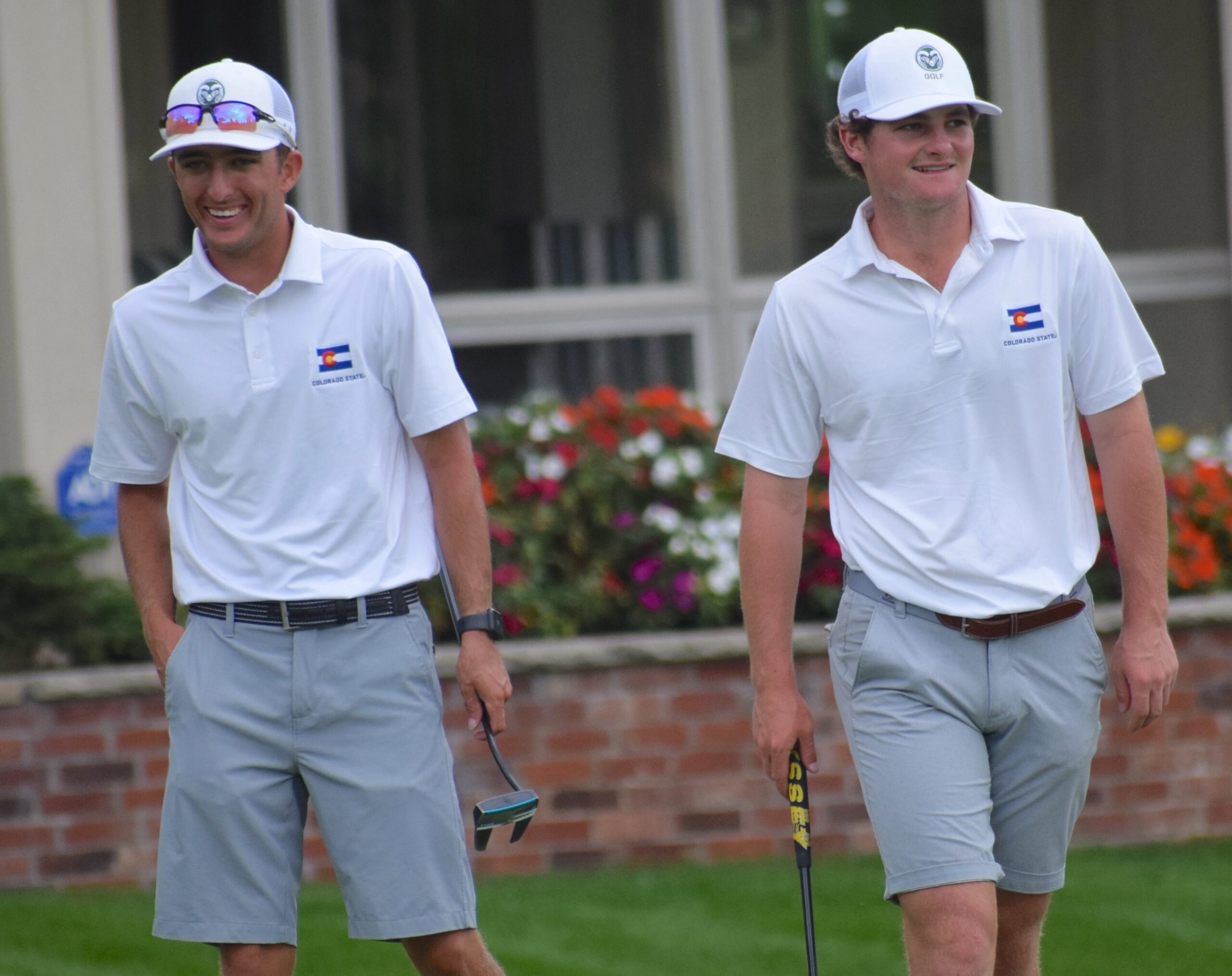 Davis Bryant (left), Connor Jones and the rest of the CSU Rams had plenty to smile about in the fall.

As college golf season will soon resume for local Division I teams, CSU men and Connor Jones look to build on fall success

The college golf season resumes — and the spring portion of the schedule begins — this weekend … for at least one of the nine NCAA Division I teams based in Colorado.

Specifically, the University of Denver women tee it up on Sunday at The Showdown at Whirlwind in Chandler, Ariz., where Vanderbilt and Arizona State also will compete in the match-play event. The other spring openers for Colorado teams will be held later this month, in February, or even in early March in the case of the DU men.

The fall portion of the college schedule produced four team victories for NCAA DI programs from the Centennial State — three for the Colorado State men and one for the CSU women — and five individual victories (noted below).

The CSU men will go into the spring season ranked 21st in the nation (by Golfstat; 23rd by Golfweek) after a fall in which they won their first three tournaments before placing second in their fall finale. The Rams, under first-year head coach Michael Wilson, open the “spring” Feb. 20-22 at The Prestige in La Quinta, Calif.

According to Golfstat, no men’s DI program ranked in the top 25 won more times in the fall than did CSU. Auburn (ranked No. 1 by Golfstat), North Carolina (fifth), Texas A&M (11th) and Kansas State (18th) also have posted three team victories so far this season.

The Rams are no strangers to success in the fall. In recent years under then-coach Christian Newton, CSU won three times in the fall of 2019, and twice each in the falls of 2018 and ’21 (the Rams didn’t play fall golf in 2020 due to Covid-19 safety concerns). But CSU is still looking for its first team berth in the NCAA DI national championship finals since 2011. We’ll never know if the Rams would have made it in 2020 as that NCAA tournament was canceled due to Covid.

Individually, Connor Jones of Westminster, the CGA Player of the Year in 2022, captured two titles in the fall and has won three of the last six college tournaments in which he’s competed, including the 2022 Mountain West Conference championship. For those wondering, four-time PGA Tour winner Martin Laird owns the most career individual wins in the history of the CSU men’s program, with six. Jones has three at CSU, with another at DU before he transferred. Unless things change, Jones plans to play three more semesters of college golf.

Here’s some more information as local Division I programs head into the spring season:

UNC Men — To be announced.

UNC Women — To be announced.