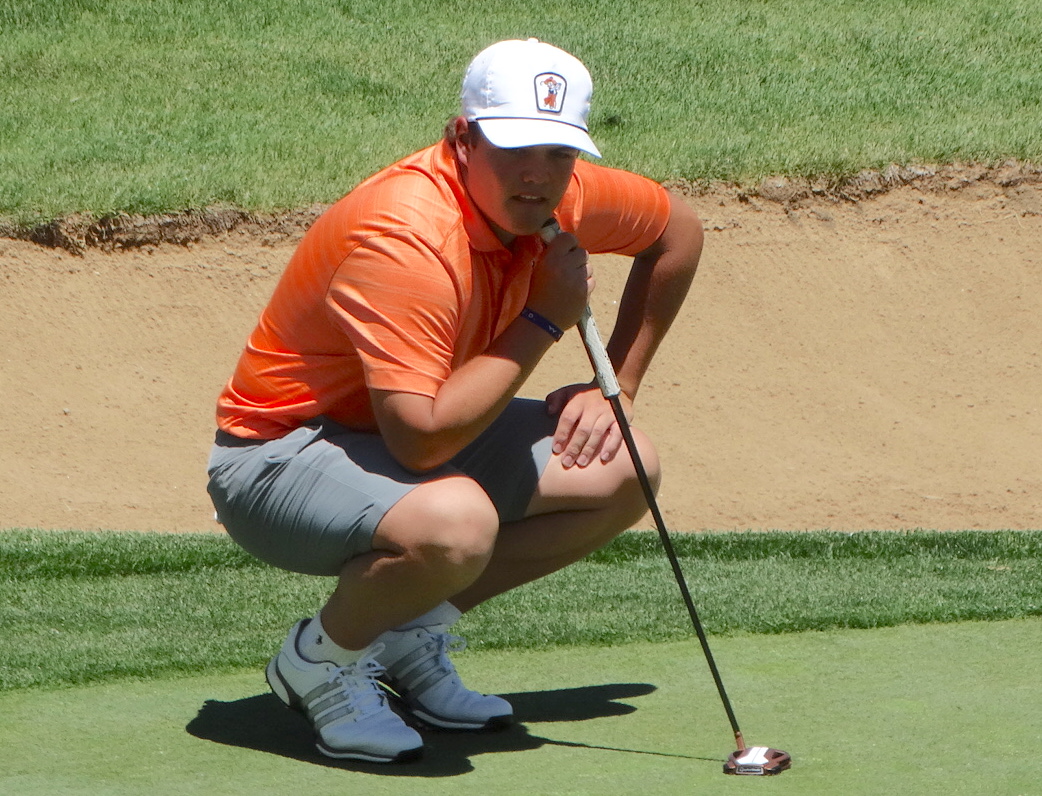 Dillon Stewart of Fort Collins is competing in the final junior tournament of his distinguished career, and it’s gotten off to a solid start.

The future Oklahoma State University golfer shot a 1-under-par 69 on Tuesday and shares 29th place out of the 144-player field after the opening round of the national Boys Junior PGA Championship in Hartford, Conn.

Stewart (pictured), who won the Junior Golf Alliance of Colorado’s first two majors of the year, made three birdies and two bogeys on Tuesday. He trails co-leaders Timothy Magcalayo of the Philippines and Canon Claycomb of Bowling Green, Ky., by seven strokes.

The other Coloradan competing in Hartford, University of Northern Colorado-bound TJ Shehee of Mead, opened with a 71 and is tied for 72nd place. He carded two birdies and three bogeys on Tuesday.

The field will be cut to the low 70 players and ties after Wednesday’s second round. Play will continue through Friday.