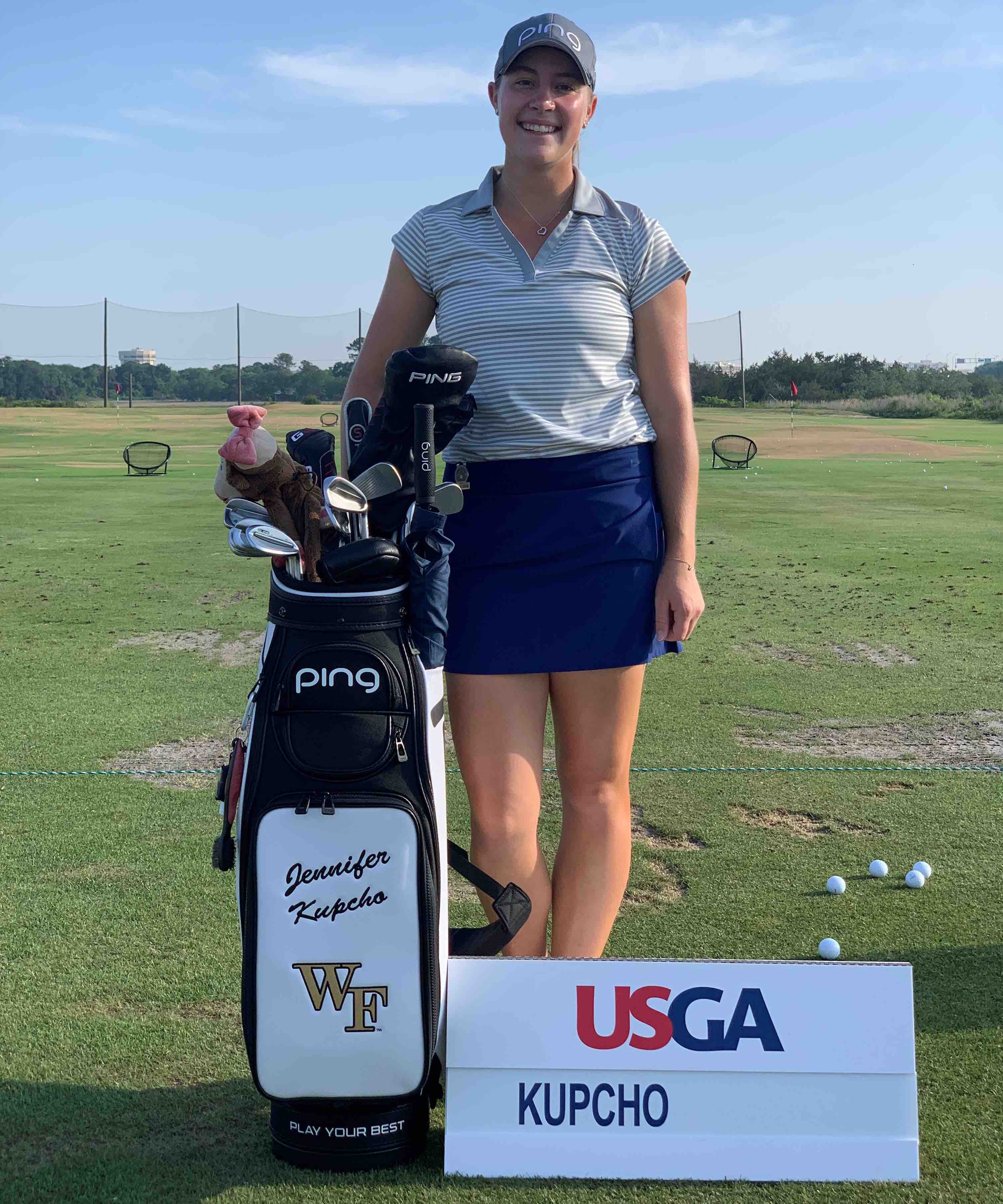 Kupcho rallies to shoot 71 at U.S. Women’s Open in her first pro round

In her first round as a professional, Westminster resident Jennifer Kupcho gets high marks for resilience.

The 22-year-old, making her third appearance in the U.S. Women’s Open, was 2 over par after three holes on Thursday, but played her final 10 in 2 under to shoot an even-par 71 at the Country Club of Charleston in South Carolina.

Kupcho, winner of the 2019 Augusta National Women’s Amateur and the 2018 NCAA individual title, shares 25th place in the 156-player tournament after Thursday’s opening round. Following a three-birdie, three-bogey day, she trails leader Mamiko Higa of Japan by six strokes.

Kupcho is playing the first two rounds with Maria Fassi, who the Coloradan beat at the Augusta National Women’s Amateur but who went on to win the NCAA individual title earlier this month. Fassi opened with a 72 on Thursday.

Kupcho, who until this week was the No. 1-ranked female amateur in the world, recently signed an equipment contract with Ping.

“We’re excited to welcome a player of Jennifer’s incredible talent to Ping,” said Ping president John K. Solheim. “We’ve worked with her since her junior golf days and have long admired her ability and passion for the game. Her performance at the Augusta National Women’s Amateur caught the public’s attention and proved her ability to excel under pressure on a global stage. To shoot a final-round 67 and win by four strokes was an amazing accomplishment. She’s a player who fits the Ping brand in every way.”

According to a Ping press release, the company said that as part of a multi-year agreement, Kupcho will play a minimum of 11 Ping clubs, including a driver and putter. This week, she’s using a G400 Max driver, G410 3-wood, G400 hybrids, i210 irons, Glide 2.0 wedges, and a Sigma G Darby putter.