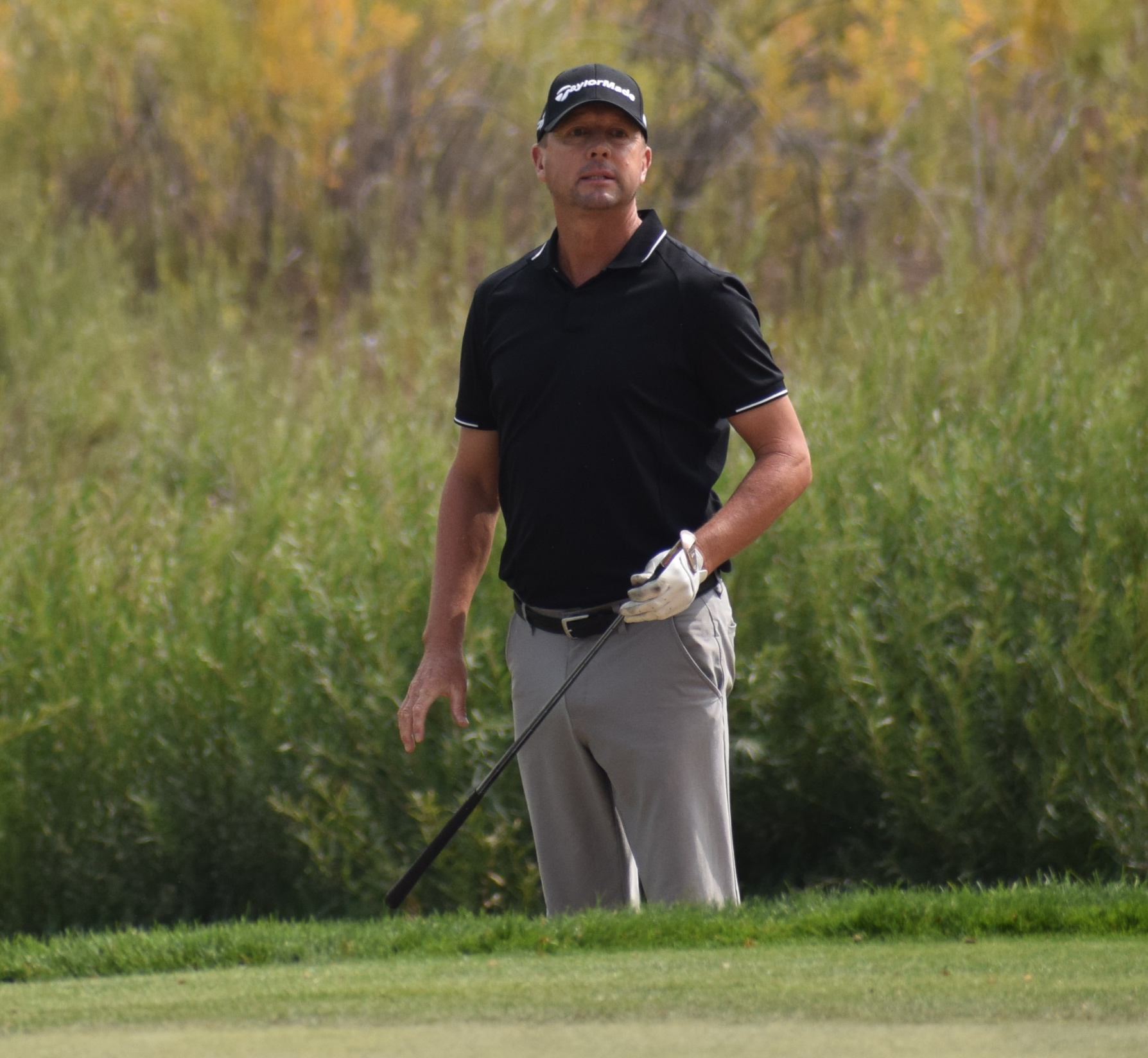 Micah Rudosky played his first eight holes in 4 under par on Friday.

Not everyone in the 264-person event completed their second round on Friday — including Jeff Hanson of Red Sky Golf Club and Barry Milstead of Valley Country Club — but at last two Coloradans will make the 36-hole cut.

At the very least, Rudosky will be joined in Saturday’s round 3 by former Colorado Open champion Mike Zaremba of Desert Hawk at Pueblo West.

The top 90 players and ties after 36 holes will advance to round 3, and Rudosky shares 20th place, while Zaremba is tied for 59th.

Rudosky, who finished third in last month’s Colorado PGA Professional Championship, shot a 1-under-par 70 on Friday, giving him a 36-hole total of 2-under 141. The 50-year-old played his first eight holes in 4 under par and finished the day with four birdies and three bogeys on Friday.

Jeffrey Schmid of Iowa City, Iowa leads the tournament after Friday at 9-under-par 134.

The top 35 finishers on Sunday will earn spots in the 2021 KitchenAid Senior PGA Championship.

There will be a second cut, to the low 70 players and ties, after Saturday’s third round.

Here are the scores for all the Colorado-based PGA professionals competing this week:

For all the scores from Port St. Lucie, CLICK HERE.