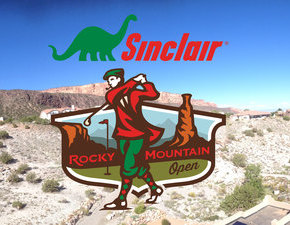 When the first Rocky Mountain Open was contested, the Great Depression was still ongoing and World War II had not yet begun.

With that start in Grand Junction in 1939, and having been conducted annually ever since, the oldest continuously-held open golf championship in Colorado will be contested for the 82nd time this weekend.

The 54-hole championship is set for Friday through Sunday at Tiara Rado Golf Course in Grand Junction, with a pro-am scheduled for Thursday.

The RMO has a rich history in western Colorado. Among the winners of the tournament is Orville Moody, who captured the 1975 title six years after claiming victory at the U.S. Open. Babe Didrikson Zaharias, named the top female athlete of the first half of the 20th century, finished third in the 1946 RMO as an amateur and competed in 1950 as a pro. Nate Lashley, who won the PGA Tour’s Rocket Mortgage Classic in 2019, prevailed at the Rocky Mountain Open in 2014. Matt Zions won the RMO in 2005, six years before capturing a title on the European Tour.

Among the former RMO champs in the field — in addition to Mason — are three-time winner Monte Montgomery (1992, ’97 and 2013), who grew up in Grand Junction and won a Colorado state high school individual title, two-time champion Justin Keiley (2017 and ’18) and Dusty Fielding (2015).

Also good bets to be in contention are former University of Colorado golfers Yannik and Jeremy Paul, who are formidable players on mini tours, state opens, etc. In fact, Yannik Paul recently won the Arizona Open. Coloradan Josh Seiple, who Monday qualified for last month’s TPC Colorado Championship at Heron Lakes on the Korn Ferry Tour, also will give it a run.

The RMO also features open-amateur and senior-amateur competitions. Among the Colorado-based college players entered are Cal McCoy and Jackson Solem (University of Denver), Jack Hughes (University of Colorado) and Kyle Pearson (Colorado Mesa), who recently won the CGA Western Chapter Championship.  Sean Thomas, a mid-am who placed fourth in the CGA Amateur this month, will also tee it up.

In the senior amateur ranks, the field features 2019 CGA Senior Player of the Year Scott Sullivan, along with Sean Forey, Thomas Roos and Owen Ellis.

For Friday’s tee times for the RMO, CLICK HERE.