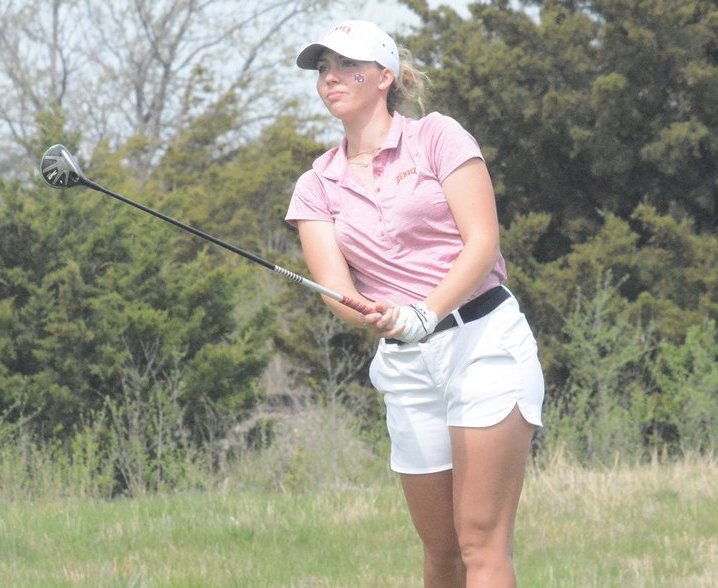 DU's Anna Zanusso was even par through her first 11 holes on Friday but dropped four shots coming in.
(Photo: DU golf Twitter)

In the first women’s NCAA national championship since 2014 in which a University of Denver golfer has competed, sophomore Anna Zanusso was in very good position through 11 holes of Friday’s opening round, standing at even par.

But the final seven holes at Grayhawk Golf Club in Scottsdale, Ariz., didn’t treat the Italian golfer nearly as well. She played them in 4 over par, with bogeys on the 12th and 15th holes and a double bogey at the par-3 16th.

The result was that Zanusso shot a 4-over-par 76 on Friday, leaving her tied for 74th place out of the 132-player field after the first round of the 54-hole stroke-play portion of the event. She trails leader Rachel Heck of Stanford by seven shots.

After nine pars on the front nine, Zanusso posted a birdie, three bogeys and a double bogey on the back side.

Zanusso, who earlier this month tied for sixth place at an NCAA Regional in Stanford, Calif., won two individual college titles as a freshman and competed in the Augusta National Women’s Amateur this year. She’s the first Pioneer to play in NCAA nationals since Tonje Daffinrud tied for 10th seven years ago.