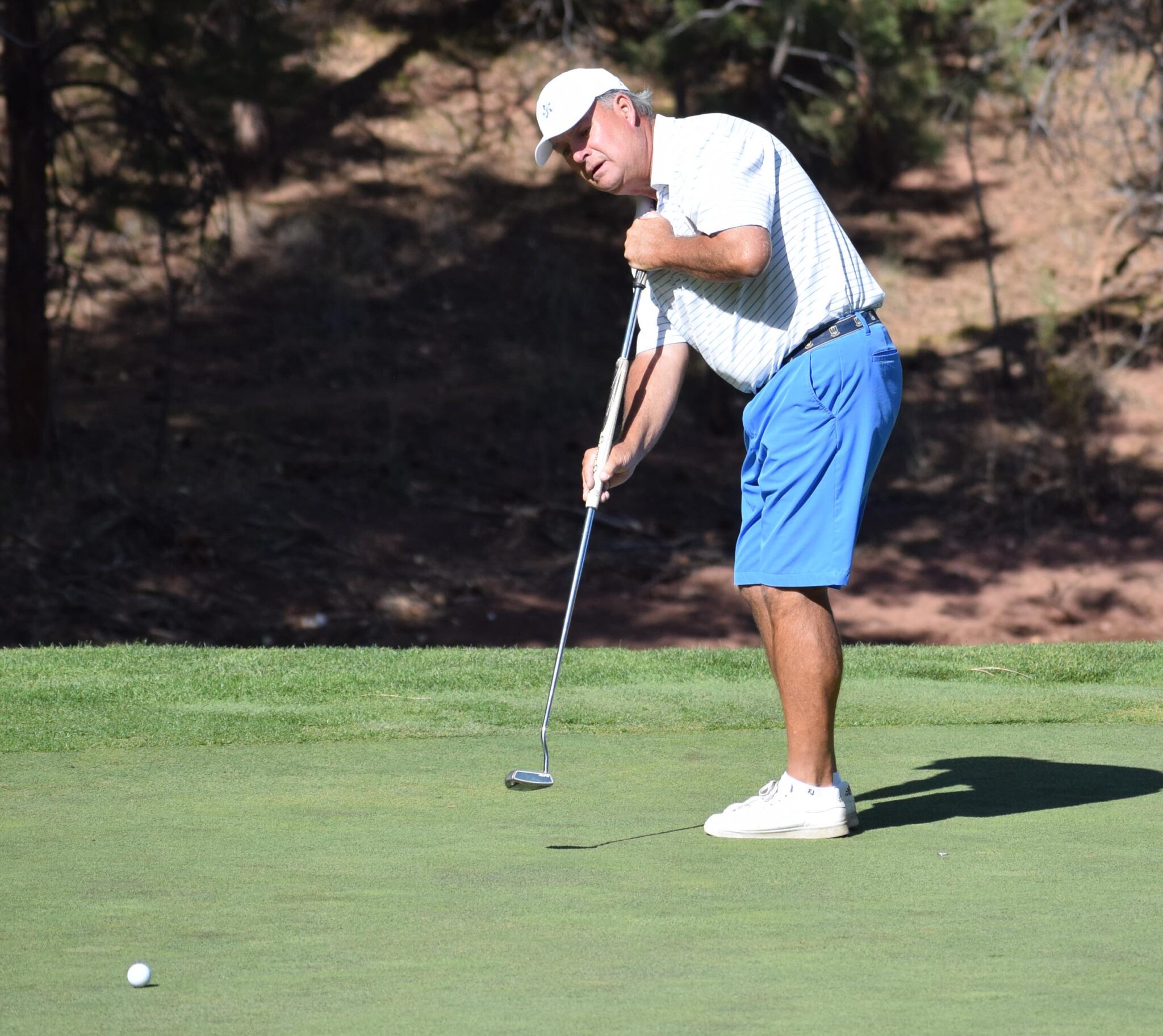 David Nelson rallied with a bogey-free 67 on Sunday at Overland Park GC.

David Nelson of Littleton, the CGA’s Super-Senior Player of the Year for 2020, rallied on Sunday to repeat as Denver Senior Men’s City Amateur champion.

Nelson, winner of the CGA Super-Senior Amateur last year — along with the Denver Senior Men’s City Am, rebounded from a first-round 73 with a 5-under-par 67 on Sunday at Overland Park Golf Course. That left him with a 4-under 140 total and a one-stroke victory over first-round leader Chris Carlson of Highlands Ranch, the 2004 CGA Mid-Amateur champion.

In a tight competition in which six competitors finished within three strokes of the champion, Gary Albrecht and Kent Wilmes tied for third at 142. On Monday, Albrecht will attempt to qualify for his third U.S. Senior Amateur as Ptarmigan Country Club in Fort Collins hosts the qualifying tournament.

For all the scores from various flights at the Denver Senior Men’s City Amateur, CLICK HERE.