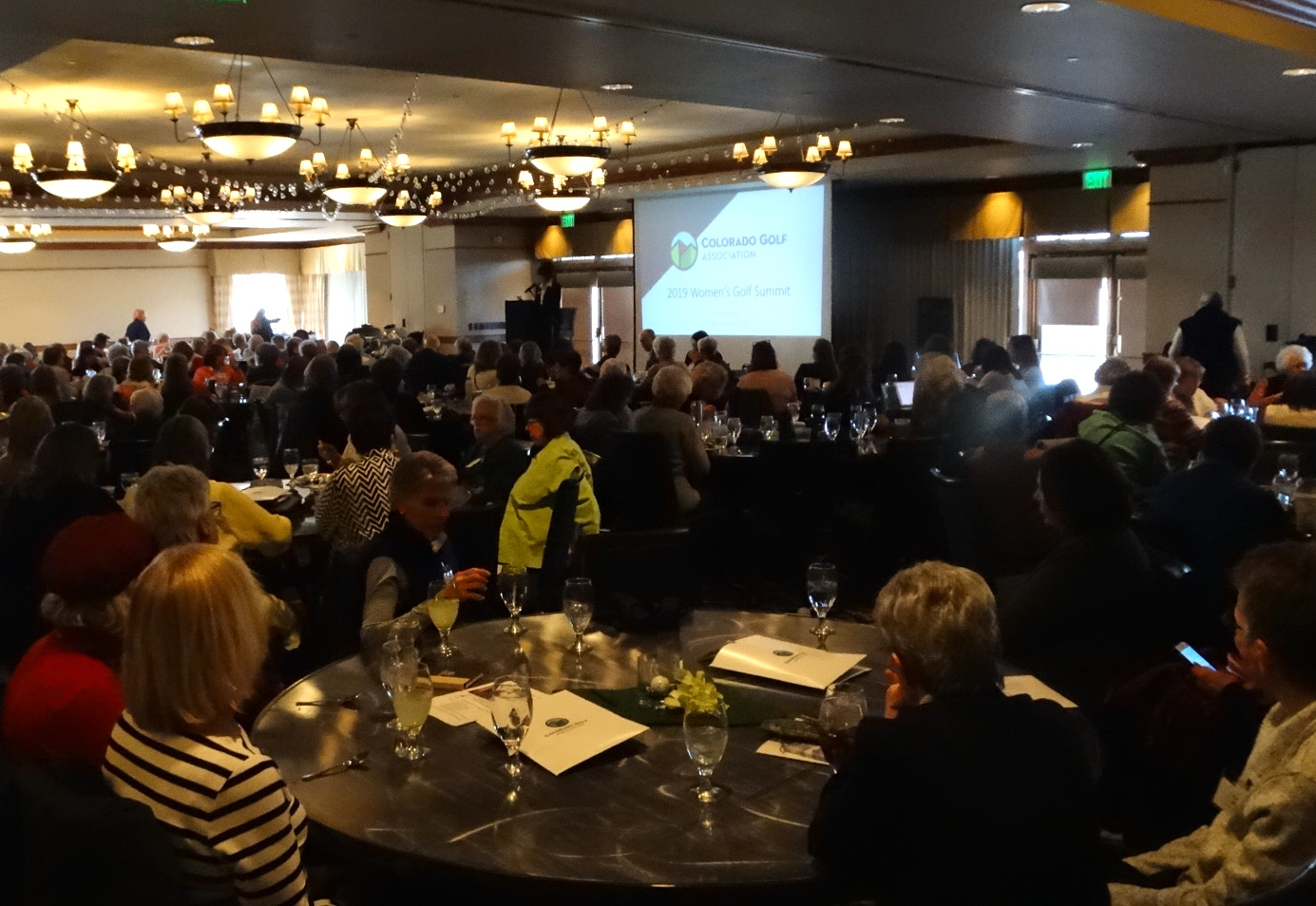 It’s been a time of transition in recent years for the event now known as the CGA Women’s Golf Summit.

Two years ago, it underwent a name change from the CWGA Annual Meeting after the CGA and the CWGA formally integrated into one organization on Jan. 1, 2018.

The next year, the event name was tweaked again and the Women’s Golf Summit moved from the site in Englewood where it had been held for more than a decade.

And on Saturday, when the 2020 CGA Women’s Golf Summit is held, it’ll be conducted at another new venue, the University of Colorado South Denver in Lone Tree.

“The biggest reason for the location was just needing a little bit more space,” said Erin Gangloff, the CGA’s managing director of programs and the association’s point person in organizing the event. “We thought this was a really neat venue to be at — and something different.”

Indeed, among the offerings at CU South Denver is an art and natural history museum. In 2015, The Wildlife Experience located on the site was donated to CU by Dave Liniger, who co-founded  RE/MAX International, and his wife, Gail.

“The (Women’s Summit) participants, after coming to our event, can also go through all the exhibits (not including movies); that’s included in their registration,” Gangloff said. “That’s kind of different. We thought it was neat to give them something more. Like, ‘Hey, you can still hang out with your golf buddies and go through the exhibits.”

A silent auction is already underway leading up to the CGA Women’s Golf Summit, and additional items will be up for bids on Saturday at CU South Denver.

“A big thing for the (increase in) attendance is the changes that have happened recently,” Gangloff said. “Last year was a big one because of the changes to the Rules of Golf, This year the big focus is the (debut of the) World Handicap System. Those two are big components for having more people engaged.

“At the CGA, we’re really trying to engage our members — trying to get them understanding that they are members of the CGA (and) that we’re not just that handicap provider. We send out (material and information in) club newsletters, we put something in their billing when they get it each month, (and) even our content on our website with the Member Zone and things like that. I think we’re starting to see a little bit of an uptick in trying to engage our membership. That may attribute a little to the reason we’re seeing our numbers grow and gaining more attendance” for events like the Women’s Golf Summit.

Additionally, Gangloff said the hope is that the CGA’s women members — in addition to the men — feel they’re well-served by the association in the wake of the CGA/CWGA integration two-plus years ago.

“We’d like to see more women playing golf. What a great sport. What a great way to meet new people. That’s the cool thing about the Summit — watching all the ladies interact with one another, whether they’re in the same club or not. It’s so fun to watch them mix and mingle and share ideas.”

As of late last week, representatives of 62 clubs around the state had registered for the Women’s Summit. In addition to the registrants who will be attending the event on Saturday, the CGA leadership will be out in force at CU South Denver. In fact, one of the association’s board of directors meetings is scheduled to take place there after the Women’s Summit.

The Summit itself will feature keynote speaker Cynthia Dye McGarey, a course architect and niece of World Golf Hall of Famer Pete Dye, who passed away in January. Dye McGarey will speak about course design and being a female in a male-dominated business. She will be introduced on Saturday by Lilly Dye Harmon, who serves on the CGA’s volunteer board of directors.

Also at the Summit, there will also be several breakout sessions, including one led by Colorado Golf Hall of Famer Lauren Howe, an instructor at CommonGround Golf Course who will speak to attendees about ways to play the game with more confidence.

As has become traditional, Sandy Schnitzer, Jan Fincher and Karla Harding will oversee a breakout on the Rules of Golf. The trio is known for conducting very clever sessions — among those that come to mind is one with a Dr. Seuss theme — to teach about the Rules.

“The three musketeers are back,” Gangloff said. I’m excited to see what they have this year. They’re so creative. They crack me up.”

Other breakouts include a club roundtable, where ideas are exchanged about successful practices, facilitated by the CGA’s Debbie Kolb; and Golf Genius software training conducted by account manager Justin Scott from Golf Genius.

“He breaks it down and makes it easier (to understand) without getting into the weeds,” Gangloff said of the WHS session.

Also on the agenda are a state of the CGA update by association president Janene Guzowski, award presentations for Women’s Club of the Year, Women’s Volunteer of the Year and Women’s Players of the Year. Those players were announced in the fall — Mary Weinstein (POY) and Kristine Franklin (Senior POY), who swept the major CGA women’s championships in the open and senior divisions, respectively.

For the complete agenda from the CGA Women’s Golf Summit, CLICK HERE.

For those interested in attending the Women’s Summit, registration will remain open through 5 p.m. on Tuesday. To register, CLICK HERE.