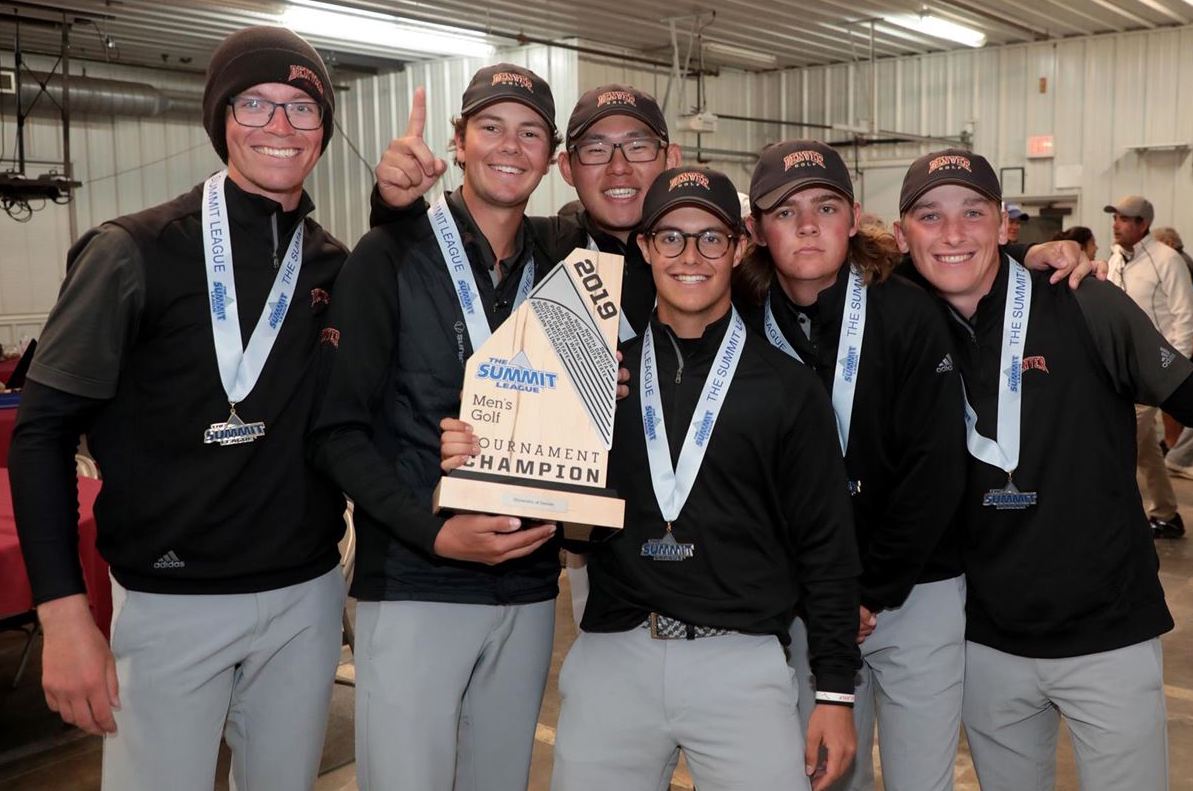 Colorado is home to nine NCAA Division I golf teams.

And three of those nine have won conference championships this month.

And two are from the University of Denver.

A week after the DU women won a Summit League title — and a day after the University of Northern Colorado men earned the Big Sky championship — coach Erik Billinger’s DU men did their part on Monday by climing to the Summit themselves.

In fact, like their female counterparts, the Pioneer men swept the team and individual titles in the Summit League in Newton, Kan. (Mary Weinstein of Highlands Ranch had taken home the individual honors on the women’s side.)

The Pioneers (pictured in a DU photo) rallied on a 36-hole day on Monday to capture the team title by 15 strokes over South Dakota and South Dakota State. DU finished at 10-over-par 874 for three days at Sand Creek Station Golf Course, earning an NCAA Regional berth in the process.

It was the University of Denver’s first men’s league title since 2014.

DU placed four players in the top eight individually. McCoy and Missura were among the foursome at 3-over-par 219. Another freshman, Carson Griggs, tied for sixth place at 221. Sophomore John Sand checked in at 222, in eighth place. Eric Hagen (227, 25th place) rounded out DU’s team.

After a double bogey on his second hole of the final round on Monday, McCoy made two birdies and 15 pars the rest of the way, including the playoff.