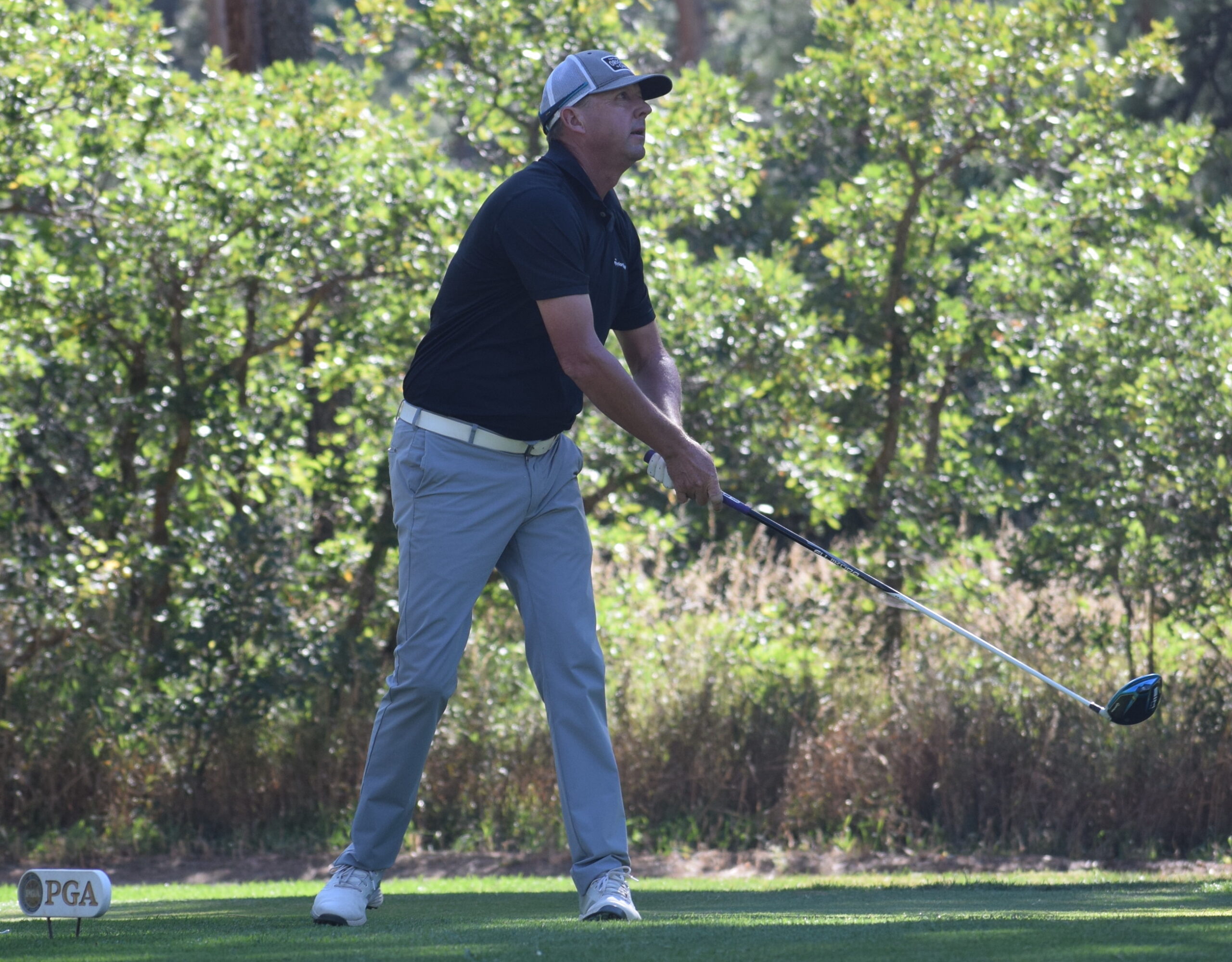 Micah Rudosky has gone 10 under par in his last 31 holes in Florida.

Micah Rudosky of Cortez played his first 23 holes at the national Senior PGA Professional Championship in 5 over par. Since then, the Coloradan has gone 10 under in his last 31 holes in Port St. Lucie Fla.

The bottom line is that back-to-back 67s, including of the 5-under variety on Saturday at PGA Golf Club, have put the head professional at Conquistador Golf Course in 11th place out of a field that originally numbered 264. Coincidentally, that’s exactly where Rudosky ended up in this national championship last year.

The top 35 finishers after Sunday’s final round will earn berths in the 2022 KitchenAid Senior PGA Championship, a PGA Tour Champions major in which Rudosky competed last year.

Rudosky, winner of both the Colorado PGA Professional Championship and the Colorado Senior PGA Professional Championship in 2021, made five birdies in a bogey-free round on Saturday. Since opening with a 76, he’s moved up 138 spots on the scoreboard. Rudosky could also land.a spot in the final stage of PGA Tour Champions Q-school if he finishes in the top five. Currently, he stands at 5-under 210 and trails leader Rob Labritz of Pound Ridge, N.Y., by eight strokes, but is five out of the fifth place.

Meanwhile Doug Rohrbaugh of Carbondale is also very much in the running for a spot in the 2022 Senior PGA Championship. The three-time Colorado PGA Professional champ carded a 2-under-par 70 on Saturday — despite a double bogey on his final hole — leaving him in 36th place at 214. He posted four birdies and the double on day 3.

The field was cut to the low 70 players and ties after 54 holes, with Sherry Andonian-Smith of Centennial (220) failing to advance to Sunday’s final round.

Here are the scores for all the Coloradans competing: