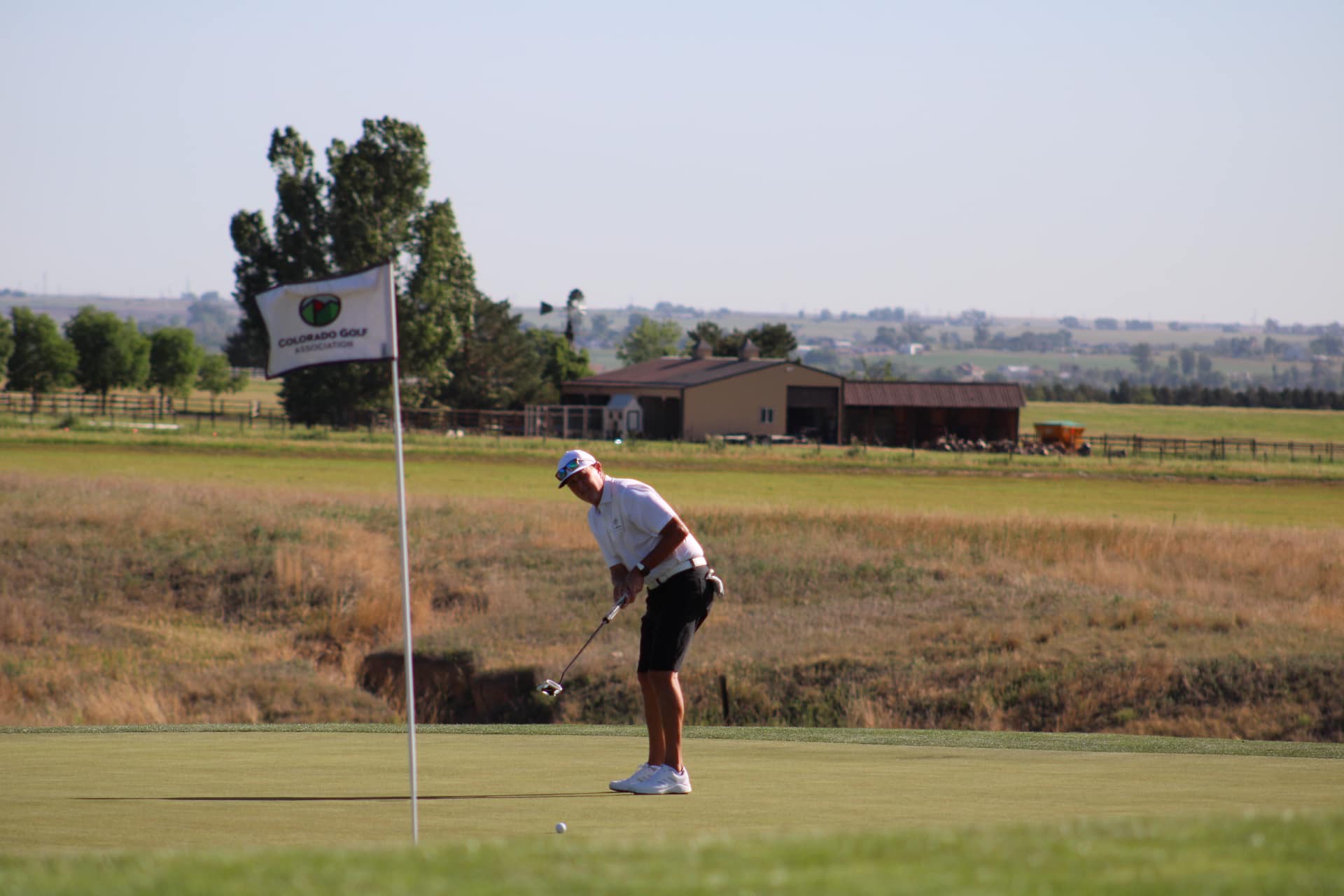 Final qualifying for the U.S. Open is known as “golf’s longest day.”  But that is nothing compared to the CGA Match Play, State Junior Championship, and Senior Match Play where finalists play 36 holes on consecutive days in their bid to become state champions.  The CGA Match Play wrapped up last week, and this week it is the Seniors’ and Juniors’ turn at Highland Meadows Golf Course and CommonGround Golf Course respectively.

At Highland Meadows in Windsor, the quarter-finals for the CGA Senior Match Play were finalized on June 22nd following final pod play matches in the morning and single-elimination matches in the Round of 16 in the afternoon.  After going 3-0 in Pod Play, defending champion Robert Polk’s bid to repeat ended with a 5 and 4 loss to Dean Siskowski of Collindale Golf Course.  The 55-year old Siskowski, who is making his debut in the Senior Match, also swept his pod with a perfect 3-0 record.  In match play parlance, Polk, a 14-time state champion, “ran into a buzzsaw” with Siskowski playing three-under-par golf through 14 holes to close out Polk’s run.

Siskowski will face Keith Atkins who used his home course knowledge of Highland Meadows to defeat three-time champion David Delich of The Broadmoor in his morning match to emerge as the winner of his Pod.  Atkins kept that strong play going in the afternoon round of 16 with an opening nine of two-under 34 that ultimately led to a 4 and 3 win over Jim Reynolds of Bear Creek Golf Club.

Three former champions made it through to the quarters including Scott Sullivan (2019) who defeated David Nelson of Columbine Country Club 3 and 2, Guy Mertz (2010) who defeated former CGA Mid-Amateur Champion, Michael Glaesel in 19 holes, and Kent Moore (2006) who defeated the 2018 Champion, John Hornbeck 2-up.

Sullivan and Mertz will meet in the quarters while Kent Moore will face Owen Ellis of Flatirons Golf Course who breezed through his afternoon match 7 and 5 over Bradley Becker of Plum Creek Golf Club.

Completing the quarter-final bracket are Jeff Slupe of Pelican Lakes Golf Club who will face the 2004 CGA Mid-Amateur Champion Chris Carlson of Highlands Ranch.  Slupe needed extra holes to defeat Ben Hargis of Colorado Golf Club 1-up who upset 2020 champ, Steve Ivan, in Pod Play.  Similar to Ellis, Carlson was able to reserve some energy with a 6 and 5 win over Steve Sullivan of the Ridge at Castle Pines.

The state’s best senior amateurs will face another day of 36-hole matches on Thursday with quarters in the morning and semi-finals in the afternoon.

The championship final is set for Friday morning.