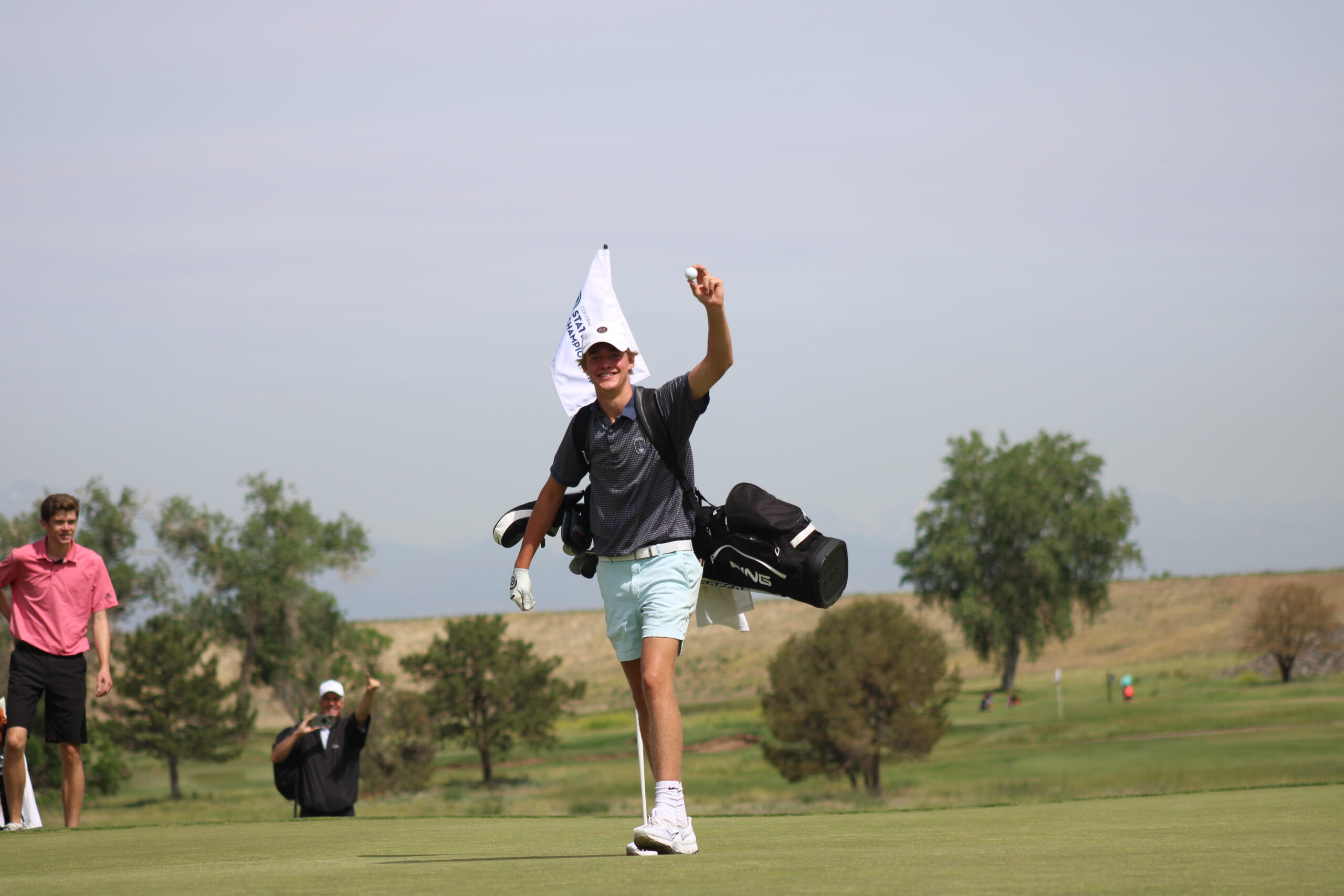 Sawyer Sales takes his ball out of the hole on the 17th, after carding a hole-in-one.

Two former teammates on the 5A state champion Arapahoe boys golf team advanced to the semifinals of the CGA State Junior Championship, while the girls final four includes the 2021 Colorado girls player of the year and a two-time 5A state high school champ.

That’s how things shook out on Wednesday as the round of 16 and the quarterfinals were contested at Aurora-based CommonGround Golf Course, which is owned and operated by the CGA.

Thursday’s boys semifinals will feature Matthew Wilkinson of Centennial vs. Dylan Everett of Highlands Ranch, and Tyler Long of Evergreen vs. Will Kates of Centennial. Wilkinson, an incoming Colorado State University golfer, has won three Junior Golf Alliance of Colorado major titles, while Kates has claimed two 5A individual state high school championships. They were teammates at Arapahoe, the reigning 5A team champ.

In the girls semifinals, it will be Katelyn Lehigh of Loveland against Kaitlin Zingler of Lakewood, and Lily Nelson of Commerce City vs. Kaylee Chen of Parker. Chen was the 2021 JGAC Girls Player of the Year, while Lehigh recently won her second straight 5A girls state high school championship.

Like the other semifinalists, Wilkinson won twice on Wednesday. In his case, he scored two 2-and-1 victories — in the round of 16 over Wes Erling of Colorado Springs, the 2020 JGAC Tour Championship winner, and in the quarters over Talan Gover of Lafayette. Earlier in the day, Gover had ousted stroke-play medalist Max Zadvorny of Centennial — another Arapahoe High School golfer — 5 and 4.

In the quarterfinals, Kates topped Sawyer Sales of Boulder, 2 and 1. In the round of 16, Sales scored an improbable victory in 20 holes over Max Lange of Golden, winning the last four holes of regulation to extend the match. In those four holes, Sales went par on No. 15, birdie on 16, a hole-in-one at No. 17 and birdie at 18.

For both the boys and the girls, Thursday morning’s semifinals will be followed by the finals in the afternoon.