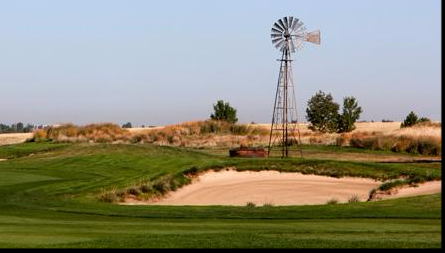 It’s been a while since a Coloradan not named Jennifer Kupcho won the CGA Women’s Stroke Play Championship, one of the top events in women’s golf in Colorado.

Specifically, it was 2014, when Hannah Wood took home the title at Valley Country Club. Since then, Kupcho went on her tour de force, winning three straight Stroke Play championships from 2015 through ’17, with an average margin of victory of 17.7 shots.

And last year, when Kupcho wasn’t in the field, Texan Kristin Glesne earned the top spot.

With Klesne not in the field this year, and Kupcho now competing on the LPGA Tour, the chance is there for a new Coloradan to take center stage when the 72nd CGA Women’s Stroke Play is held at Murphy Creek Golf Course (pictured) in Aurora Monday through Wednesday.

Forty-three golfers are scheduled to compete in the event, and the low 12 players in the championship/first flight after 36 holes will take aim at the overall title. In all, four flights — championship through third — will be contested over 54 holes.

Among the favorites at Murphy Creek will be two-time CGA Women’s Player of the Year Mary Weinstein, the University of Denver player who recently was named the Summit League Women’s Golfer of the Year. In the past four years at this event, Weinstein has recorded three top-four finishes.

Also back at the Stroke Play is fellow Erin Sargent, a runner-up in this event the past two years. Last year, Sargent lost to Klesne in a sudden-death playoff for the title.

Among the others in the field at Murphy Creek are five-time champion and Colorado Golf Hall of Famer Janet Moore; former CoBank Colorado Women’s Open champion Erin Houtsma; Charlotte Hillary, one of the top girls golfers in the state; University of Colorado player Kelsey Webster, who placed third in the Stroke Play last year; and Anna Kennedy of Parker, who finished fifth in this event in 2017.