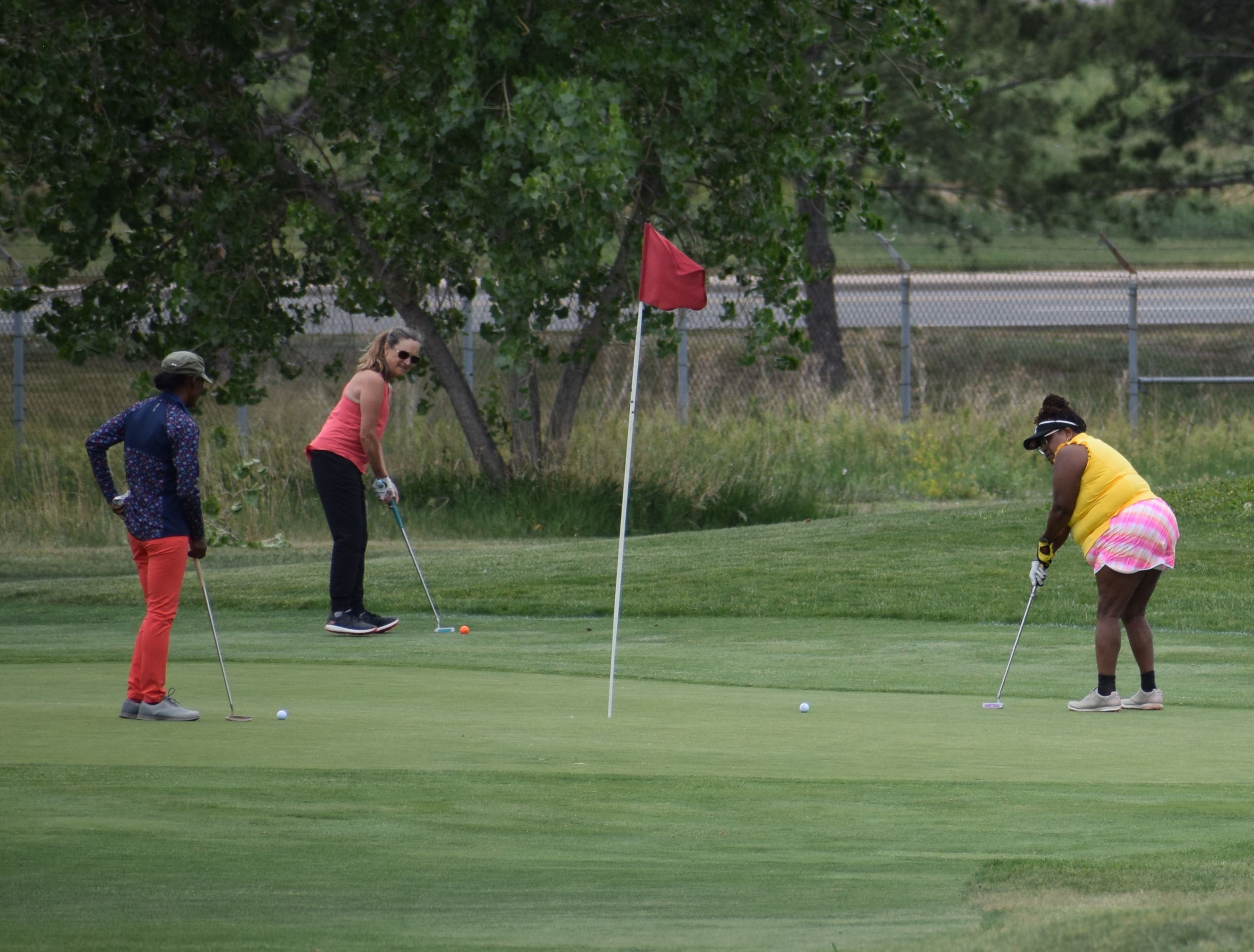 CommonGround Golf Course in Aurora has been around since 2009, and the public facility designed by Tom Doak & Co., seems to be hoppin’ about every day the weather is good — or even decent.

But there’s hoppin’, then there’s this year, which is HOPPIN’.

Owned and operated by the CGA, CommonGround is doing record business in most respects in 2020. In fact, that’s an understatement.

Compared to the first nine months of 2019, CommonGround’s rounds are up 31 percent and it accepted tee times on its par-3 Kids Course for the first time ever. Overall revenue has jumped 16 percent compared to last year despite food and beverage sales being down significantly.

“The numbers are amazing,” said Ed Mate, executive director of the CGA, who agreed to share some specific figures for CommonGround as he feels they’re illustrative.

“We have to own the fact that we’re a laboratory for the game — and part of being a laboratory is being an open book and letting people see our science experiments,” he said.

As one course operator said during last week’s Colorado Public Golf Operators meeting on Zoom: “We couldn’t have been much busier than we were.”

Even though roughly 70 public courses in Colorado were closed for a time during the spring due to Covid-19 safety concerns — anywhere from a few days to a couple of months — the number of rounds are up, percentage-wise, in the double digits compared to 2019.

In the late winter or spring, we’ll get more precise numbers how things played out in 2020, after the CGA compiles results from the 2020 Colorado Public Golf Course Rounds and Revenue Survey. But we already have enough statistics to know that 2020 will be a banner year for golf in Colorado in spite of — or more accurately, because of — the Covid-19 pandemic.

According to Golf Datatech, 2020 golf rounds played were up 8.7 percent nationwide through the end of September, compared to 2019. But that year-to-date number for Colorado specifically had increased 13.8 percent compared to last year.

By the way, the YTD numbers nationwide were especially pronounced among private courses (up 15 percent, compared to 7.2 percent for public-access facilities).

“We thought we were busy,” Mate said. “But basically what happened is every day is Saturday. It’s unbelievable.”

So why is golf doing so well amid the Covid pandemic, while so many other things are suffering?

Mate explained it well in April, though things have loosened up since then, by and large.

Golf, by its nature, is safer in many respects than some other leisure activities. It’s played outside, which helps considerably. And, “The definition of social distancing is 200 people on 200 acres,” noted Dr. Owen Ellis, a high-level amateur golfer who helped the CGA navigate Covid-19 challenges in the spring.

The question is, will golf be able to hold onto some of its newfound increases in play whenever things get back to relative normality and major concerns regarding Covid-19 are in the rearview mirror for the most part.

“Is this a blip or is it an inflection point that’s going to have lasting impact?” Mate asked rhetorically. “It’s a little bit of both. It’s an extended blip. And this is not just me saying it; it’s conversations with others, including Joe Beditz from the National Golf Foundation. I say extended because Covid is not only going to be around in 2021, but it’s going to be around in 2022. It’s going to have PTSD in 2023. It’s going to change people’s habits for the next 5-10 years — and I think golf will benefit from that.

Ainsworth fully realizes there is a rare opportunity at hand.

“As an industry, we must do everything we can to make golf fun and enjoyable,” he said. “Our PGA professionals are the ambassadors of the game of golf at our facilities, and they are the ones that are the experts in the game and business of golf. We must empower them to unleash their creativity to make the customer experience welcoming and enjoyable.

“We’ve seen tremendous results in making this happen with our juniors through PGA Junior League, and we are poised to make this happen through Doubles Golf. People like to be a part of a team, and Doubles Golf allows this through men’s Doubles, women’s Doubles, mixed Doubles, parent-junior Doubles, and so on. The scramble format that is used is the most fun format golf has to offer.

“It’s up to the industry to utilize our best player, our PGA professionals, to make this happen — along with our golf course superintendents producing wonderful playing conditions, and working in partnership to set up courses to be as enjoyable as possible, Golf has a wonderful opportunity in front of us.”

Among the topics discussed in last Thursday’s Colorado Public Golf Operators Zoom Meeting, an update was provided regarding Colorado golf’s first Environmental and Economic Impact Study since 2002. That study is taking shape; in fact, the plan is to formally roll it out in April for Colorado Golf Day at the State Capitol.

The idea is to have updated information — conducted by a third party — with which to inform lawmakers and policymakers about golf on the state and local level, and to advocate for the game in general.

Surveying and data collection for the study have been completed and analysis is in the final stages.