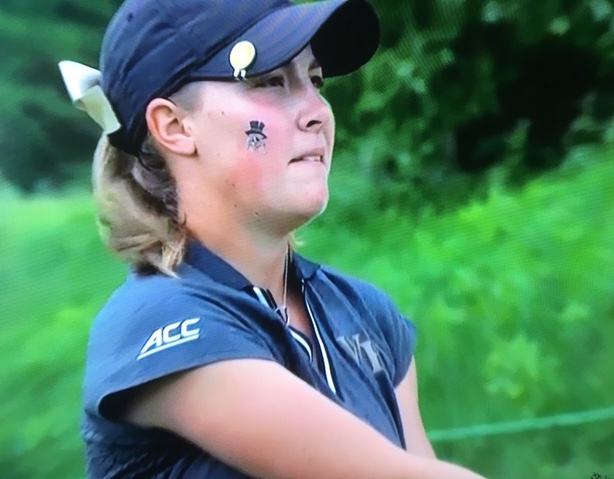 Jennifer Kupcho set the tone early Wednesday morning and she and her Wake Forest squad will play for the national team title on Wednesday afternoon at the women’s NCAA Division I nationals in Fayetteville, Ark.

The Westminster resident (pictured) played in the lead-off spot in the semifinals and put the pedal down, producing a 6-and-4 victory over Auburn’s Kaleigh Telfer.

The victory set the tone as Wake Forest defeated the Tigers 4-0-1 to earn a spot in the national championship match against Duke. The Blue Devils beat 2018 champ Arizona in the other semifinal, 3-2.

Golf Channel will televise the finale beginning at 2 p.m. (MT).

In her semifinal match, Kupcho won the first hole and kept the pressure on, building a 4-up lead through eight holes and cruising to the victory. She was the first winner of any of the semifinal matches.

Wednesday’s title match will mark the final amateur competition for Kupcho, the 2018 NCAA individual champion and the No. 1-ranked female amateur in the world.