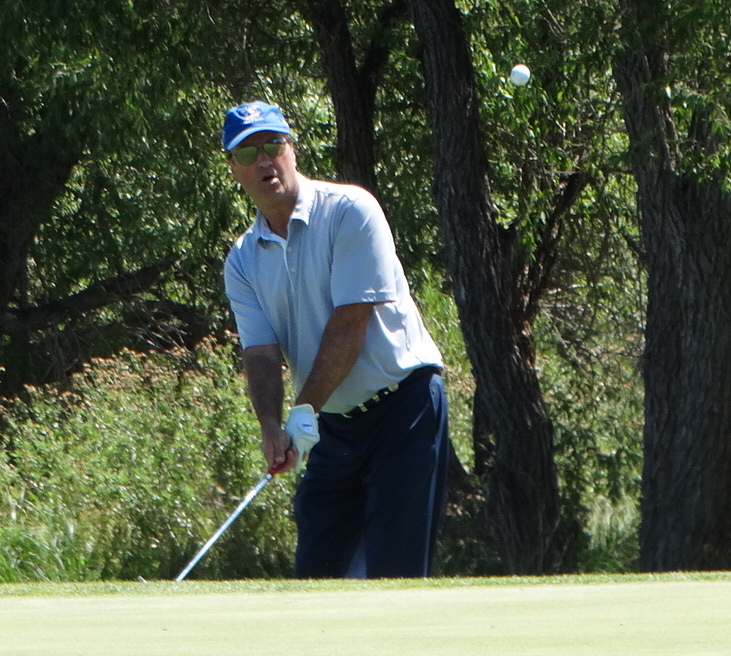 A player in his 50s has won the Colorado PGA Professional Championship an amazing five times in the past six years. But Colorado Golf Hall of Famer Ron Vlosich of Lakewood is threatening to take that streak to another level.

At age 62, Vlosich (pictured) is attempting to become the oldest winner ever of this event. And after Tuesday’s second round of the 54-hole event at Meridian Golf Club in Englewood, he holds a two-stroke lead.

Vlosich made a double-bogey 7 on the sixth hole on Tuesday, but also recorded five birdies and two bogeys.

But Vlosich has plenty of players on his heels going into Wednesday. Three competitors share second place at 142 — University of Denver men’s golf coach Erik Billinger, Ryan Wroblewski of Cherry Hills Country Club and Seth Terpstra of GolfTEC-DTC. Another stroke back is former champion Micah Rudosky of Conquistador.

Wroblewski fired a 4-under-par 68 — the best score of the day — while Billinger had a 69 and Terpstra and Rudosky 73s. Wroblewski chalked up six birdies on Tuesday, and Billinger and Terpstra four each.

The 54-hole tournament will conclude on Wednesday, after the field was cut to the low 70 players — those with totals of 155 or better.

The top eight finishers on Wednesday will qualify for the 2020 national PGA Professional Championship, set for April 26-29 in Austin, Texas.

For scores from the Colorado PGA Professional Championship, CLICK HERE.