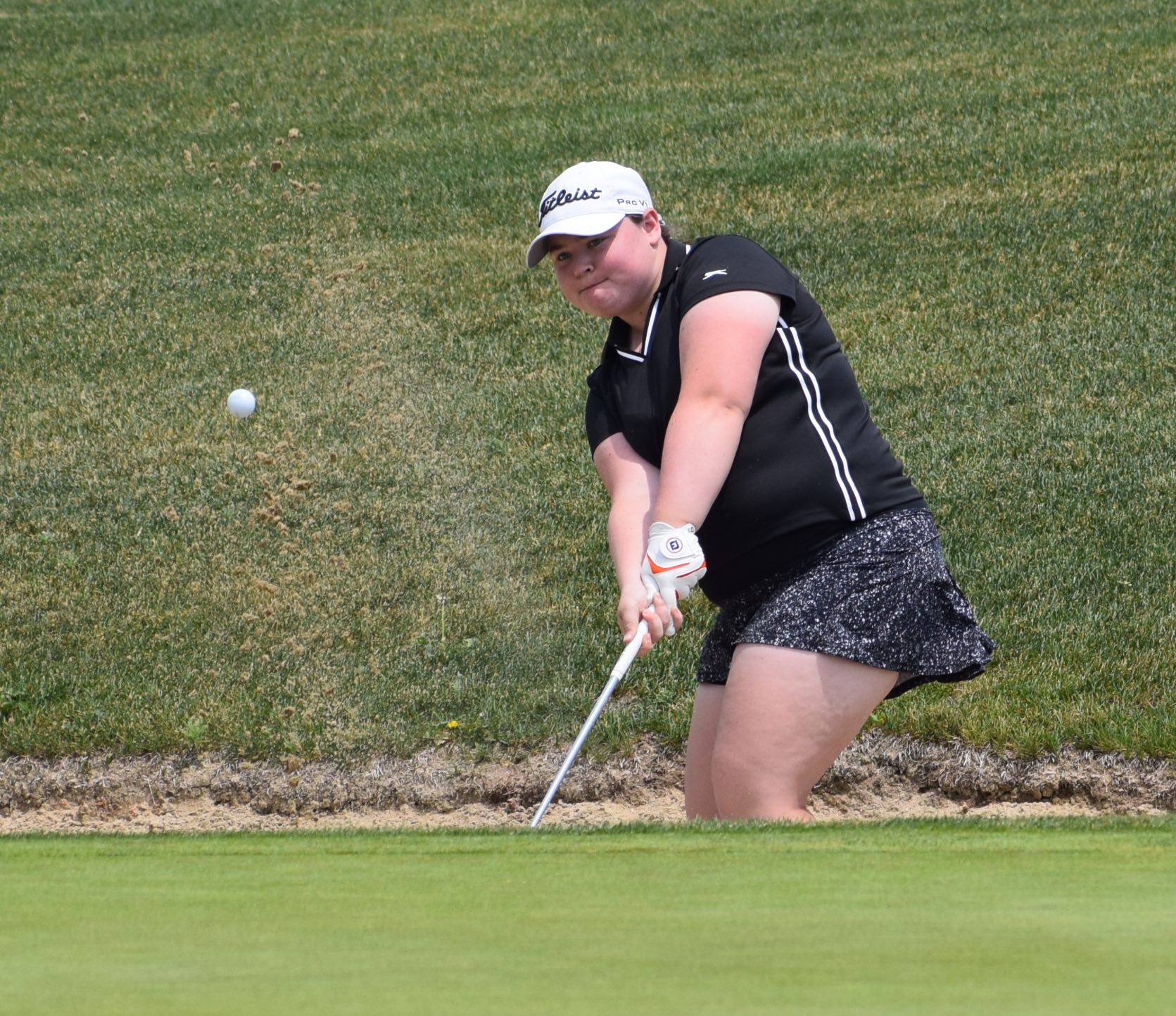 It’s been quite a last three weeks of competitive golf for Aubri Braecklein of Northglenn.

On June 17, she finished runner-up among girls in the Colorado Junior PGA Championship, the first major of the season for the Junior Golf Alliance of Colorado. On June 24, the 17-year-old became the youngest winner of the CGA Women’s Stroke Play title in recent history.

And on Tuesday, at the second JGAC major, Braecklein grabbed a two-stroke lead among the girls going into the final round of the Colorado Junior Amateur at CommonGround Golf Course in Aurora.

In the boys competition, setting the pace are Jeffrey Nelson II of Commerce City and Owen Cornmesser of Fort Collins, 17-year-olds who are two of the four players under par through two rounds.

Braecklein carded a 1-over-par 72 on Tuesday, giving her the only girls subpar total for 36 holes, at 2-under 140. She made three birdies and four bogeys on the day, playing her last 11 holes in 2 under.

Charlotte Hillary of Cherry Hills Village, the 2019 JGAC Girls Player of the Year and the runner-up to Braecklein in last month’s CGA Women’s Stroke Play, holds second place, two back of the leader. The future Northwestern University golfer recorded a 74 on Tuesday.

Emma Bryant of Aurora, the 2018 5A girls state high school champions, stands in third place at 145 after a 74, while defending champion Kaylee Chen of Denver is fourth at 146 following a second-round 76.

Nelson and Cornmesser share the boys lead 2-under 140 after 36 holes, with Nelson firing a 2-under 69 on Tuesday and Cornmesser a 71. Both co-leaders made four birdies on Tuesday, with Cornmesser finishing his round with a birdie-par-birdie run.

Eight players are within four strokes of Nelson and Cornmesser going into Wednesday’s final day.

Joining the co-leaders under par after two rounds are Jack Larson of Arvada and Bo Wardynski of Parker. Wardynski recorded the low round of the day, a 3-under 68 that included five birdies. Larson was 3 over par for the day through two holes, but went bogey-free from there on and played his final 11 holes in 3 under.

The fields were cut to the low 15 girls and 35 boys after Tuesday’s second round.

For the scores from the Colorado Junior Amateur, click on the following: BOYS, GIRLS