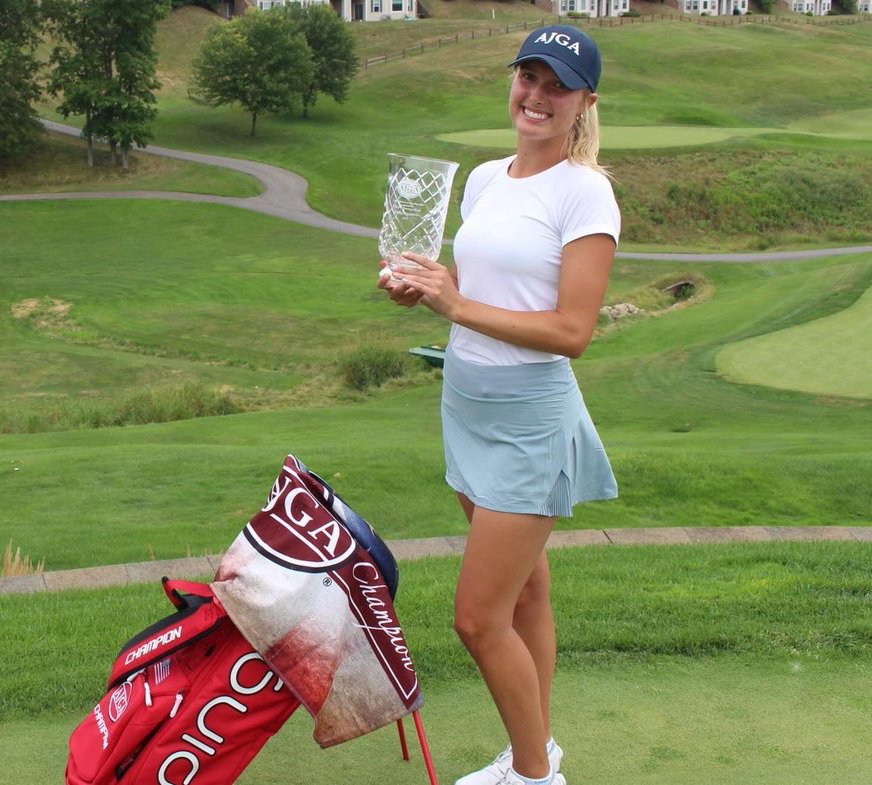 Hailey Schalk hoisted an AJGA trophy for the second time in her junior career.

Hailey Schalk of Erie will soon begin her college golf career at the University of Colorado, but before she bid adieu to junior golf, the Erie resident had one final victory in her.

The former Junior Golf Alliance of Colorado Girls Player of the Year scored her second AJGA victory — and first in three years — on Thursday when she prevailed at the AJGA Junior at Southpointe in Canonsburg, Pa. Her previous AJGA win came at the 2017 AJGA Hale Irwin Colorado Junior.

In what she said will be her final AJGA tournament, Schalk claimed the title competing in a 27-player girls field in Pennsylvania. The three-time Colorado state high school individual champion carded scores of 70-75-77 for a 6-over-par 222 total, which was good for a one-stroke victory over Texans Tiffany Cao and Elina Sinz.

Over the course of three rounds, Schalk made an eagle and seven birdies.