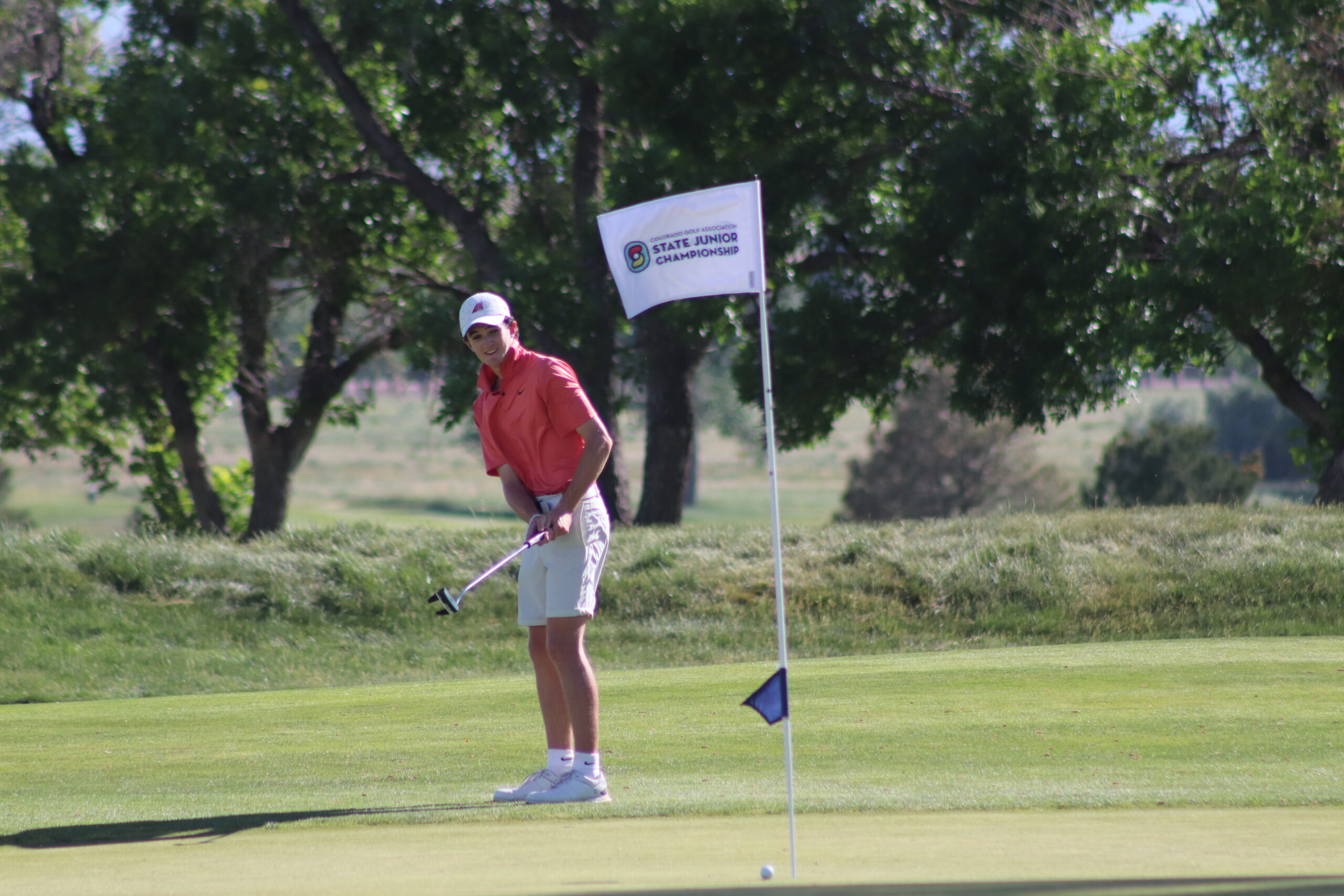 Colorado golf’s major championships for junior players have undergone notable changes on more than one occasion in the last decade.

One of the results is the CGA State Junior Championship, which is a hybrid of what once were known as the CGA and CWGA Junior Stroke Plays and Junior Match Plays, which all had long histories.

The CGA State Junior features a format similar to that of the USGA’s junior championships, the U.S. Junior Amateur and the U.S. Girls’ Junior, which include two rounds of stroke-play qualifying for championships that culminate with match-play formats.

In the case of the State Junior, the 36 holes of stroke play concluded on Monday at Aurora-based CommonGround Golf Course, which is owned and operated by the CGA. The 32-player brackets on both the boys and the girls’ sides were finalized, and match play will begin on Tuesday and conclude with Thursday afternoon finals.

Earning stroke-play medalist honors on Monday were Max Zadvorny of Centennial for the boys and Ashleigh Wilson of Highlands Ranch for the girls.

Zadvorny finished with a birdie for the second straight day, in this case to prevail by one for medalist on the boys’ side. Over the two days of stroke play, he carded 11 birdies, seven bogeys and a double bogey for a 2-under-par total.

Another Max, Max Lange of Golden, tied for second place in stroke play, going 72-69. Lange, the 2019 Colorado Junior Match Play runner-up, made an eagle on No. 18 on Monday, his ninth hole of the day. The only other player to break par for 36 holes was Grant Samuelson of Fort Collins (73-68).

Matai Naqica of Centennial (70-73), a Drive, Chip & Putt National Finalist in April, and Kyle Leydon of Commerce City (73-70) were fourth in stroke play, at 1 over par.

On the girls’ side, Wilson, a four-time winner of Colorado Junior Series Championship titles, earned the top seed after posting rounds of 73-72 for a 3-over-par total. She made five birdies and eight bogeys over the course of two rounds at CommonGround.

Next best among the girls were 5A state high school runner-up Lily Nelson of Commerce City (72-74); 2021 Junior Golf Alliance of Colorado Girls Player of the Year Kaylee Chen of Parker (73-74), winner of the 2019 Colorado Junior Amateur; Logan Hale of Erie (78-70), a semifinalist last week in the CGA Women’s Match Play; and Elle Higgins of Centennial (76-72).

For both the boys and girls, the round of 32 will be held on Tuesday, with the round of 16 and the quarterfinals on Wednesday, and the semifinals and finals on Thursday.

For all the scores from the CGA State Junior, CLICK HERE.