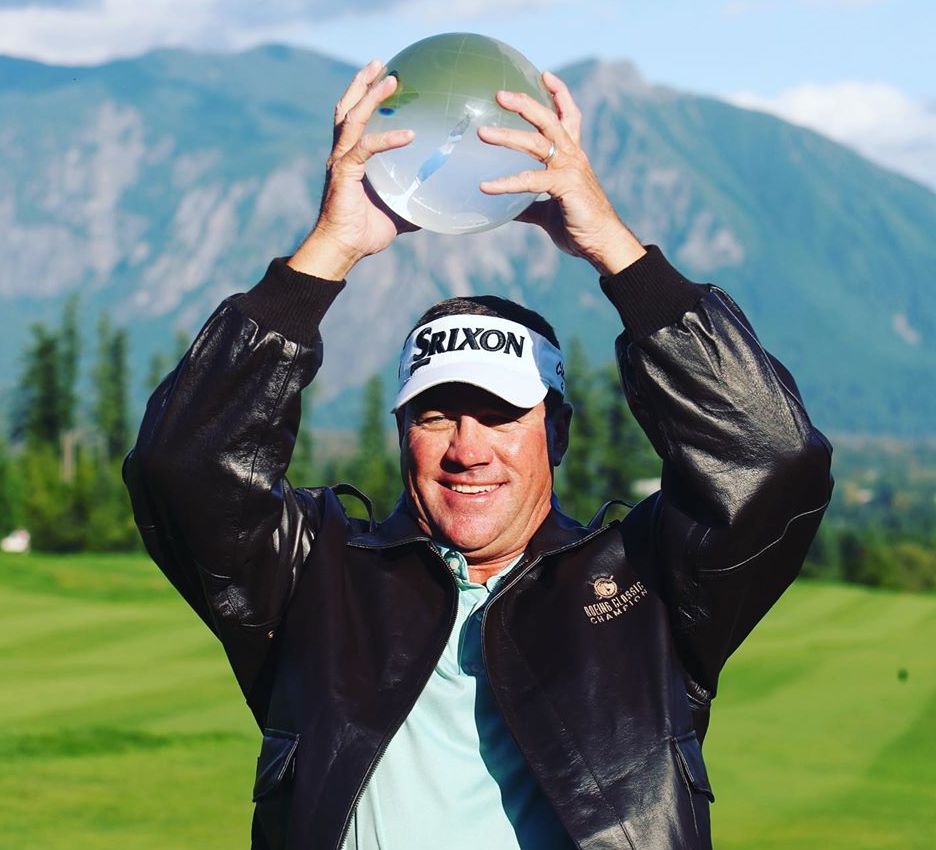 The opening tour events of 2020 — at least those featuring players with major Colorado connections — take place this weekend, as Denver native Mark Hubbard is competing in the PGA Tour’s Sony Open in Hawaii and former University of Colorado golfer Sebastian Heisele in the South African Open on the European Tour. And if this calendar year is anything like 2019, big things could be in store for local players.

Looking ahead to 2020, here’s a look at the local players who will be competing on the major tours:

Season Opener — Has a wraparound season which began in September.

Denver native Wyndham Clark — The former longtime Coloradanhas recorded four top-10s in the last year, including a fifth place in July at the 3M Open.

Colorado resident David Duval — The former world No. 1 has yet to compete in a PGA Tour event this season.

Denver native Mark Hubbard — Since he returned to the PGA Tour in September, he’s posted two top-10s, including a PGA Tour career-best runner-up at the Houston Open in October. He won an event on the Korn Ferry Tour last February, the LEOM Suncoast Classic, one of his four top-10s on that circuit in 2019.

Littleton resident Jim Knous — The former Colorado School of Mines golfer hasn’t competed on the PGA Tour since June due to a right wrist injury, which was surgically repaired in August. He’s resumed practicing and has six events on a PGA Tour medical extension. Knous placed 13th twice last season.

Part-time Denver resident Kevin Stadler — The former Colorado Open champion has played in five of his allotted 23 events on his PGA Tour medical extension, the result of a broken left hand sustained in late 2014. He’s yet to make a PGA Tour cut in five starts this season.

Former CU golfer Jenny Coleman — She returns to the LPGA Tour after competing there in 2017. She posted nine top-10s on the Symetra Tour in 2019, including six top-threes.

Former CU golfer Esther Lee — Lee will be a rookie on the LPGA Tour after recording 10 top-10s on the Symetra Tour in 2019, including five top-threes.

Parker resident Shane Bertsch — The longtime Coloradan earned his Champions card by winning the final stage of Q-school, but won’t be eligible to compete on the circuit until after turning 50 on March 30.

Niwot resident Gary Hallberg — The past winner on the PGA Tour, Korn Ferry Tour and Champions circuit played in a Champions career-low nine events in 2019.

Colorado Sports Hall of Famer and former CU golfer Hale Irwin — Irwin, who will turn 75 in June, competed in just three official Champions events in 2019. The last of his Champions-record 45 victories came in 2007.

Colorado Golf Hall of Famer Brandt Jobe — Jobe, who lived in Colorado for 29 years, won the second PGA Tour Champions event of his career at the Boeing Classic in August. Overall in 2019, he notched five top-10 finishes.

Colorado Sports Hall of Famer and former CU golfer Steve Jones — The now-61-year-old competed in 15 events in 2019, matching his Champions career high. He recorded one top-20 finish — a 17th place at the U.S. Senior Open.

Former Castle Pines resident Esteban Toledo — Toledo finished in the top-10 once in 2019, with a seventh place at the Sanford International in September.

Former CU golfer and Cheyenne native Josh Creel — Creelnotched three top-10 finishes in 2019, including a runner-up at the Utah Championship in June.

Former Louisville resident George Cunningham — The Boulder native recorded two top-10 showings on the Korn Ferry circuit in 2019, both coming in May.

Former CU golfer Jonathan Kaye — Kaye, winner of two PGA Tour events and two Colorado Opens, will turn 50 in August. He made just one KF start in 2019 — at the TPC Colorado Championship at Heron Lakes, where he missed the cut.

Former Fort Collins resident Sam Saunders — For the first time since 2014, Arnold Palmer’s grandson won’t have status on the PGA Tour, where he posted one top-10 finish in 2019 but lost his card.

Denver resident Michael Schoolcraft — Schoolcraft will have conditional status on the Korn Ferry Tour after advancing to the final stage of Q-school.

Former Fort Collins resident and Air Force Academy graduate Tom Whitney — Whitney placed second on the 2019 PGA Tour Latinoamerica money list after a season that feature one victory and six top-10 finishes. The former Coloradan was previously a regular on the Korn Ferry Tour in 2017 and ’18.

Season Opener — Has a wraparound season which began in late November.

Former CU golfer Sebastian Heisele — Heisele returns to the European Tour after being a regular in 2017 and ’18. In 2019 on the European Challenge Tour, Heisele won once and recorded four top-three finishes from September though November.

Former CSU golfer Blake Cannon — Cannon notched a fifth-place showing in May, but it was his only made cut in six Latinoamerica starts.

Colorado resident and former DU golfer Chris Korte — Korte competed in 11 Latinoamerica events in 2019, with a 19th place being his top showing of the year.

Former DU golfer Oscar Arvidsson — The Swede made two cuts in seven events in the 2019 season.

Former Coloradan Kyler Dunkle — The former CGA Player of the Year notched two top-five finishes in his rookie season of 2019, including a second at the Players Cup in August.

Former CU golfer Yannik Paul — The twin of Jeremy Paul (above) chalked up three top-15 finishes in Canada in 2019, with a best showing of 11th.

Former CU golfer Robyn Choi — Choi split her time between the LPGA Tour and the Symetra Tour in her rookie season in 2019, with an 18th place her best Symetra showing. She made three cuts in LPGA Tour events (best finish: 36th) but lost her card.

Former CU golfer Kristin Coleman — Coleman played a full schedule on the Symetra Tour in 2019, with a best finish of 18th place.

Former Coloradan Emily Gilbreth — Gilbreth failed to make the cut in any of the 13 Symetra events in which she competed in 2019.

Becca Huffer — The two-time CoBank Colorado Women’s Open champion was a regular on the LPGA Tour in 2019, playing in 15 events, making one cut and losing her card. One of her CWO victories came last year, though.