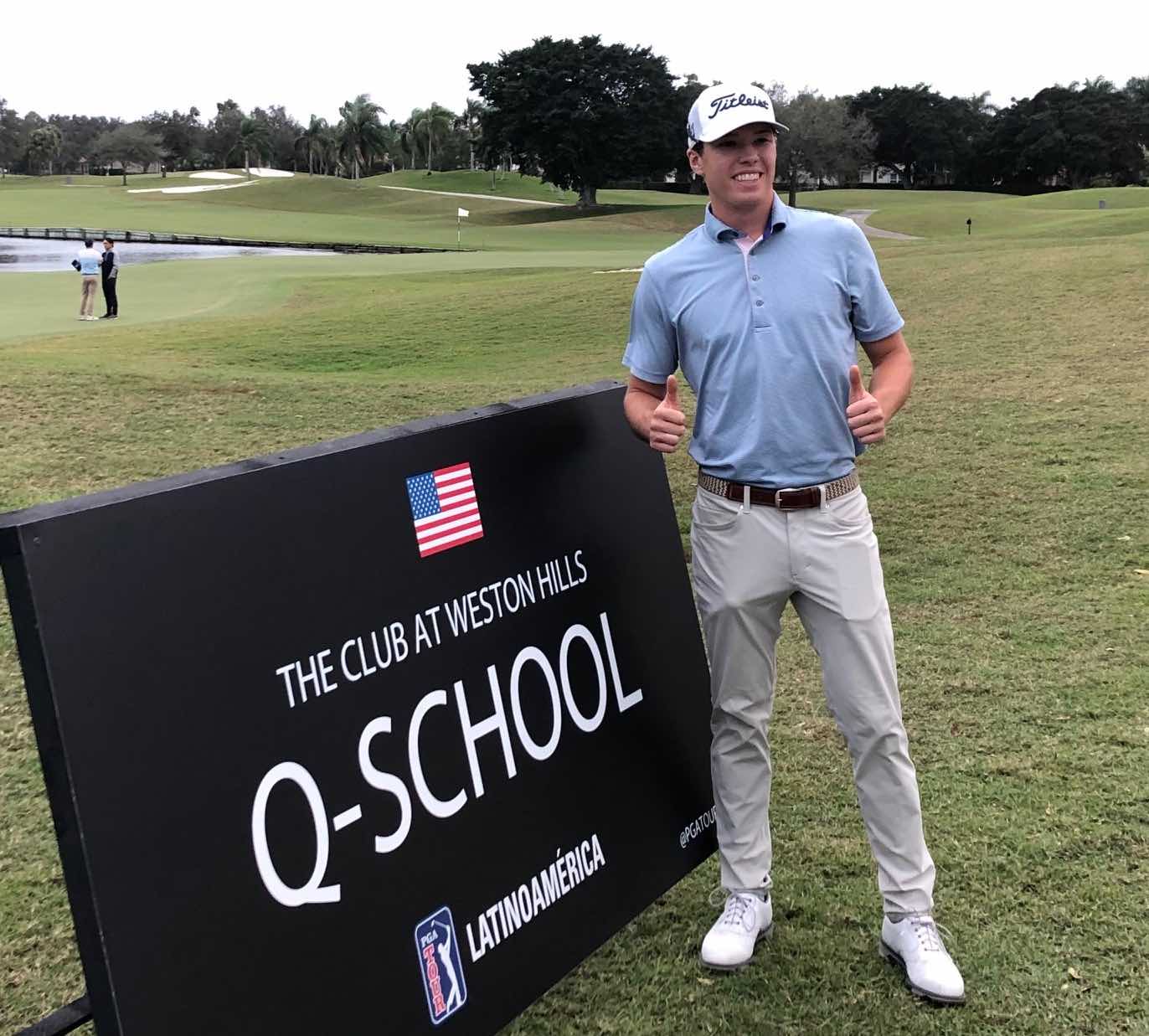 Coloradan Chris Korte, who during his amateur days won the CGA Amateur and the CGA Match Play, is headed back to PGA Tour Latinoamerica.

The 23-year-old former University of Denver golfer played 11 events on the Latinoamerica circuit in 2019, making four cuts and posting one top-20 finish.

On Friday, Korte (pictured) regained status on PGA Tour Latinoamerica by tying for 10th place out of 103 players at a Q-school tournament in Weston, Fla. The players who placed second through 12th there will be fully exempt for the first half of the 2020 season, which starts on March 5 in Mazatlan, Mexico.

After bogeying the 16th and 17th holes on Friday, a birdie on 18 may very well have made the difference between Korte being fully exempt for the first half of the 2020 season or being conditionally exempt.

For the four rounds this week, Korte recorded 14 birdies and 11 bogeys.

Here are the results for all the players in the field with strong Colorado connections:

FULLY EXEMPT FOR FIRST HALF OF SEASON

There will be two more PGA Tour Latinoamerica Q-school tournaments: Jan. 14-17 in Mazatlan and Jan. 28-31 in Argentina.

Elsewhere in professional golf this week:

— Former Coloradan Elizabeth Wang won the first pro tournament on the 2020 Cactus Tour schedule, prevailing by five strokes in a field of 36 players in Scottsdale, Ariz., on Wednesday.

— Ryan Schmitz of Greenwood Village finished third in a 27-man field Thursday at the Outlaw Tour’s McCormick Ranch Open in Scottsdale. Schmitz went 68-67-74-71 for an 8-under-par 280 total, which left him six strokes behind champion Sam Triplett of Paradise Valley, Ariz.