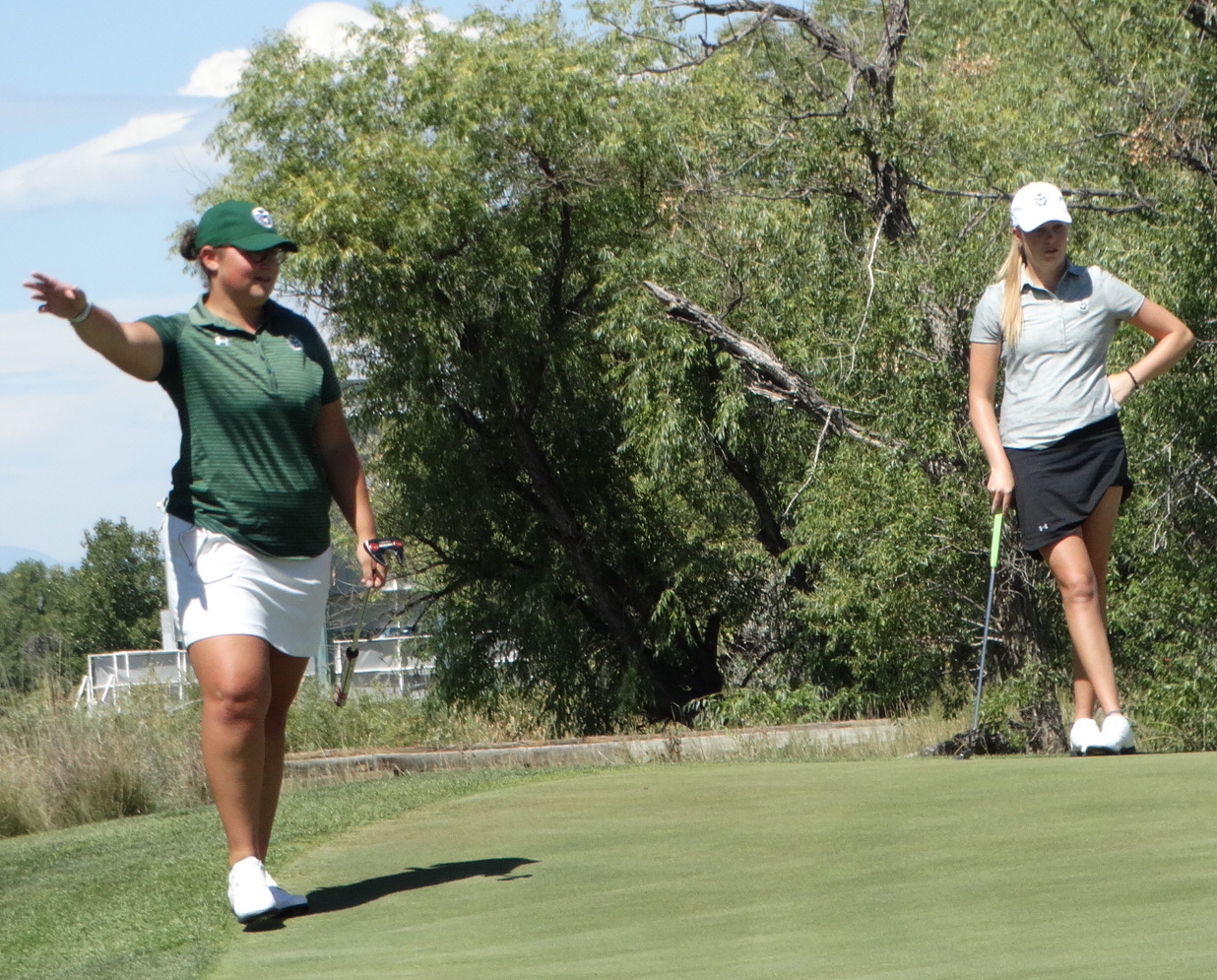 Run by defending champions Prendergast/Secor ends in extra holes in round of 16 at U.S. Women’s Amateur Four-Ball

Katrina Prendergast and Ellen Secor had won six consecutive matches at the U.S. Women’s Amateur Four-Ball Championship, but there would be no lucky No. 7 for the Colorado State University teammates.

The defending national champions were 1 up through 14 holes of their round-of-16 match in Jacksonville, Fla., on Tuesday, but their run of success ended down the stretch, closing the door to their bid for a second straight title.

Floridians Jillian Bourdage and Casey Weidenfeld, seeded 27th, ousted the champs with a par on the 20th hole of their match as Prendergast and Secor made a best-ball bogey.

The CSU players were 2 up after four holes, but that turned out to be the largest lead of the match for either team.

After the Rams were 1 up through 14, Bourdage and Weidenfeld won 15 with a par and 16 with a birdie to take the lead. Prendergast birdied the 18th from 15 feet to send the match to extra holes. After the 19th hole was tied with pars, the Floridians advanced with their 20th-hole par.

(Updated May 1: Bourdage and Weidenfeld ended up finishing runner-up in the event on Wednesday.)

Secor and Prendergast (pictured at top late last summer) finished 2 under best ball for the match, while the winners were 3 under after making three birdies on the four par-3s.

This is the third consecutive year Secor and Prendergast have teamed up for the U.S. Women’s Amateur Four-Ball.

For all the results from the Women’s Four-Ball, CLICK HERE.