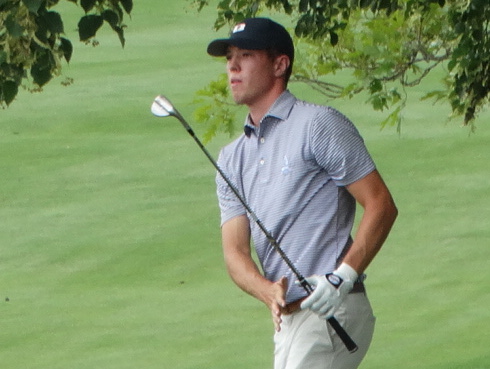 Coloradan Chris Korte is on hiatus from PGA Tour Latinoamerica, which is shut down through the end of May due to the effects of the coronavirus, but he’s trying to make the best of mini-tour golf in the meantime.

The former CGA Amateur and CGA Match Play champion very nearly captured a title on Wednesday on the Outlaw Tour, leading before the final group of the day finished their final rounds at the Verrado Founders Championship in Buckeye, Ariz.

Alas, the former University of Denver golfer had to settle for second place out of a field that originally numbered 60.

Korte shot rounds of 67-68-67 for a 14-under-par total of 202, which left the Highlands Ranch resident one stroke behind champion Calum Hill of Scotland. In the end, the bogey with which Korte closed the tournament proved the difference.

Korte, who missed the cut in his only Latinoamerica start of 2020, finished this week’s 54-hole event with one eagle, 18 birdies and six bogeys.

The first round of the Verrado Founders Championship saw 14 players disqualified as they played from the wrong tee box on a par-3 — ironically from a longer yardage.

For all the scores from the event, CLICK HERE.