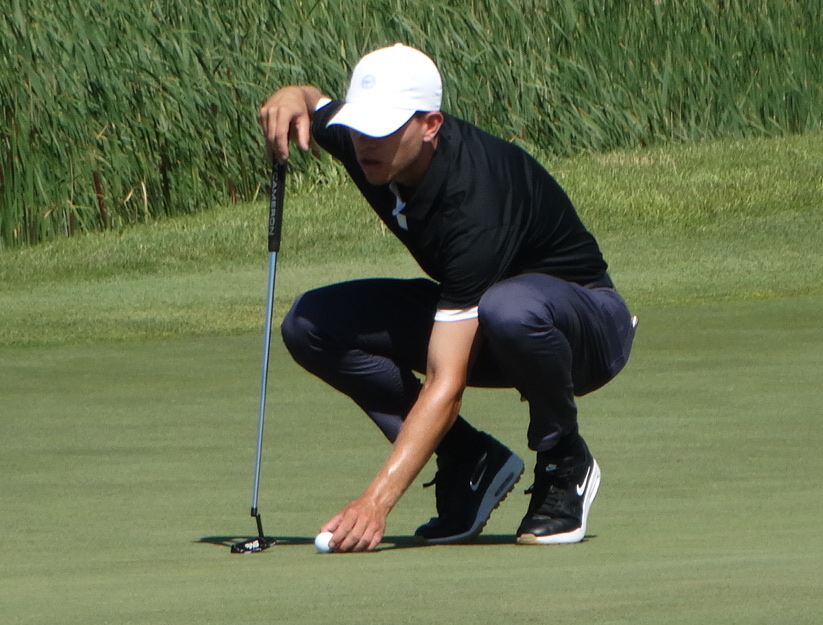 The good news is, AJ Ott competed on the third day of the U.S. Amateur. The bad news is, it wasn’t in match play.

The Fort Collins resident and Colorado State University golfer, participating in his third consecutive U.S. Am, played well enough in the stroke-play portion of the event to make it into the top 64 as he finished tied for 62nd out of a field of 312.

But exactly 64 players advance to match play — not 64 and ties — so Ott was part of a 27-man playoff for the final three berths into match play. And though the 2018 CGA Player of the Year survived the eliminations that took place after the first and second playoff holes — both with pars — his championship ended following the third extra hole, also where he made a par.

Two players — Van Holmgren of Plymouth, Minn., and Chad Sewell of Conroe, Texas — birdied the first extra hole to advance. Then it was down to 18 players for one spot, and five players were eliminated with second-hole bogeys. At the 13-for-1 third playoff hole, three players made birdie, ousting Ott after his par. A par by Austin Squires of Union, Ky., on the fourth playoff hole earned him the third and final match-play spot.

In his three U.S. Amateur appearances, Ott (pictured) came very close to making match play twice. In 2017, he tied for 70th place. And this year, he lost in a playoff for the final match-play spots. This year, Ott could have avoided the playoff and made match play with a par on his final hole of stroke play on Tuesday, but he made bogey. He posted rounds of 73-72 for a 5-over-par 145 total.

And, as Ott indicated last month, he likely won’t be trying to qualify for the 2020 U.S. Am as he’s going into his senior season at CSU and will probably either turn pro afterward or be working.

The U.S. Am concludes major competition for Ott this summer before he starts his final season of college golf. And a stellar summer it was as he not only qualified for his third straight U.S. Am, but won the Southern Amateur, was low amateur in the CoBank Colorado Open and finished second in the Southwestern Amateur.

Here were the scores for all the U.S. Amateur competitors with strong Colorado connections: