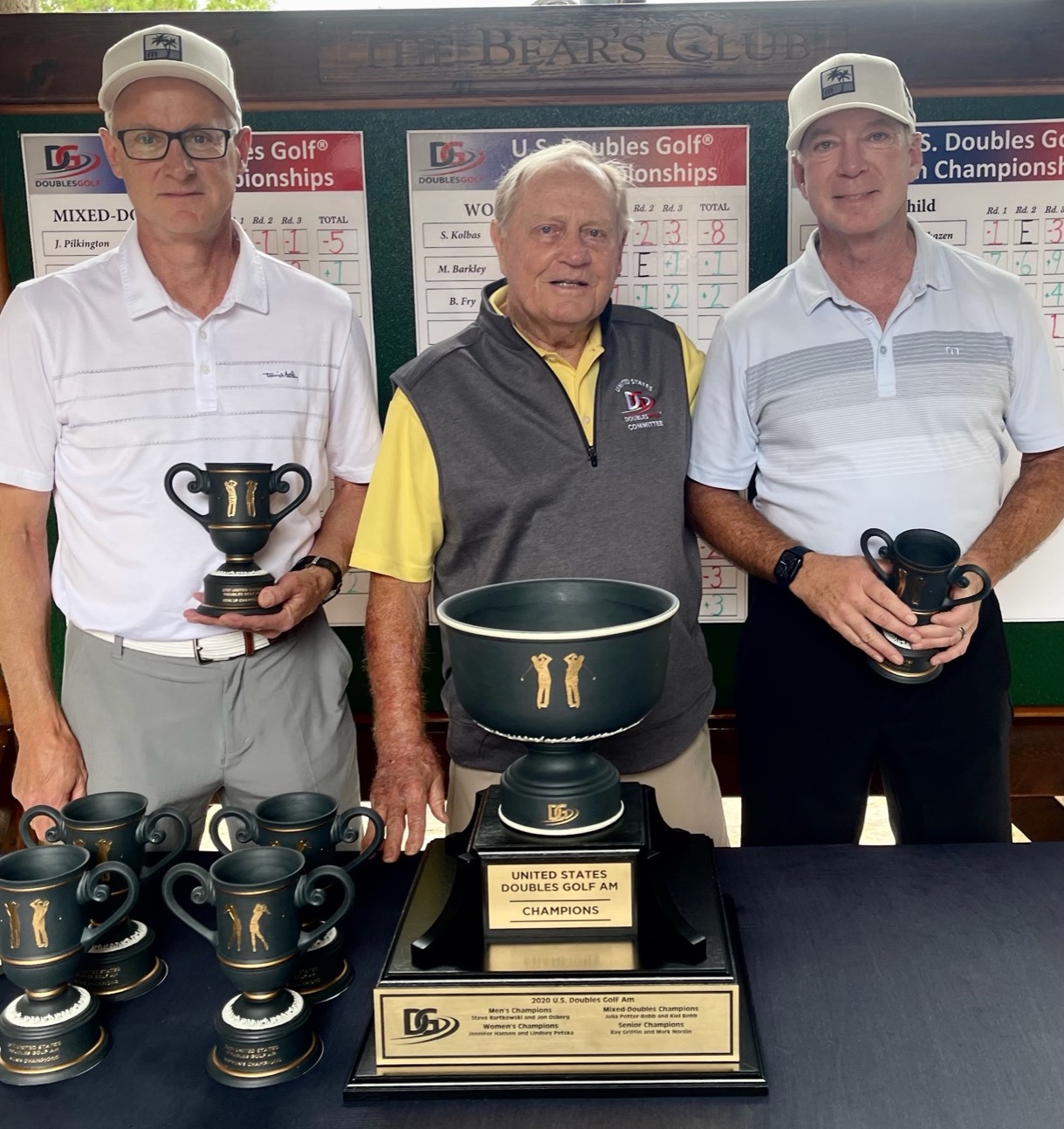 The U.S. Doubles Golf Am Championship has only been held twice, but suffice it to say that Coloradans Tom McGeary and Bob Blayney have taken quite a shine to the two-person scramble competition.

A year ago at the inaugural national championship, the two players from the University of Denver Golf Club at Highlands Ranch placed second in the senior division.

But that only whet their appetite, and this week, the Coloradans improved on their 2020 finish by winning the senior division of the U.S. Doubles Championship at The Bear’s Club in Jupiter, Fla. And, as an extra bonus, Jack Nicklaus, a co-founder of Doubles Golf and the tournament host, was on hand when they received their trophies on Tuesday.

“It was a really fun time — our second year there,” McGeary said in an email. “We finished second last year, which provided some motivation to make it back.”

In the senior category, limited to players 60 and older, McGeary and Blayney not only won this week, but did so in a rout. In the 27-hole gross-score competition, they finished at 8 under par and prevailed by seven strokes.

In all, teams representing 10 PGA of America Sections competed in the U.S. Doubles Golf Am Championship. Various competitions were held — men’s, women’s, parent-child, mixed doubles and senior. For more on the competition, CLICK HERE.

For additional information about Doubles Golf in general, CLICK HERE.