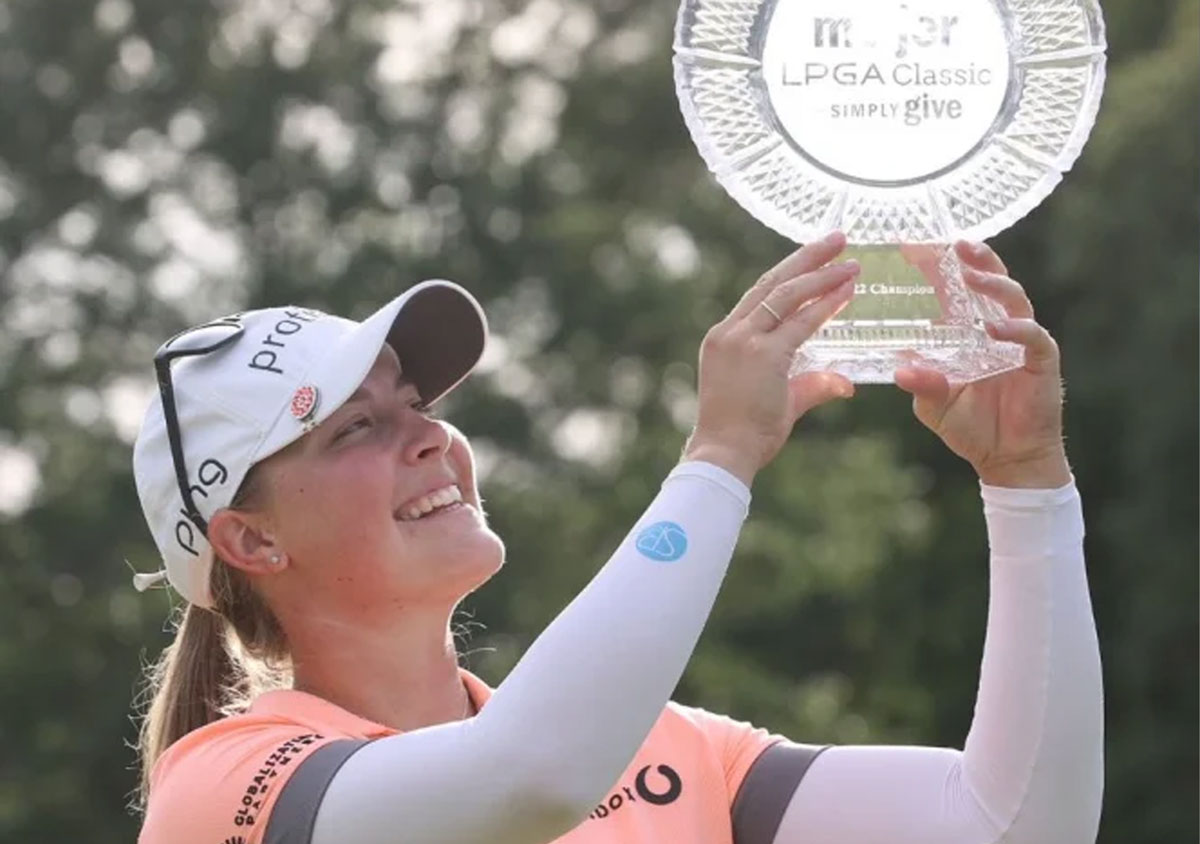 Colorado native Jennifer Kupcho notches 2nd LPGA victory in less than 3 months, this one in a playoff

It was a common observation when Jennifer Kupcho was looking for her first LPGA victory:

Once she gets win No. 1 on the circuit, the floodgates will open.

It remains to be seen if that’s how things play out, but the possibility is certainly very real.

After taking nearly three years into her pro career to notch LPGA victory No. 1, win No. 2 came in much shorter order. On Sunday, 2 1/2 months after capturing the title in the Chevron Championship — a women’s major — the Colorado native prevailed in a playoff at the Meijer LPGA Classic in Belmont, Mich.

Kupcho, the 25-year-old who was born in Littleton and raised in Westminster, surpassed one-time LPGA winner Lauren Howe in number of LPGA victories by players who grew up in Colorado.

Kupcho emerged with Sunday’s victory out of a leaderboard full of LPGA standouts, including defending champion Nelly Korda, Lydia Ko, Jessica Korda, Lexi Thompson, Atthaya Thitikul and Brooke Henderson — all players ranked in the top 15 in the world.

“This leaderboard was stacked,” the 2020 Inspirato Colorado Women’s Open champion told the Golf Channel. “I think that’s what I’m most proud of. The players that were up there with me, it was a very close battle to the end and I was proud of it.”

In a three-way playoff, Kupcho defeated Korda and Leona Maguire, a longtime rival from college golf in North Carolina (Kupcho at Wake Forest and Maguire at Duke) who faced off in singles at last year’s Solheim Cup, where Maguire prevailed.

In the end, Kupcho went birdie-birdie on the two extra holes.

With the win secured, Kupcho’s husband of four months, Jay Monahan, came out on the 18th green to give her a big hug.

In a final day that went up and down like a teeter-totter for Kupcho, she played the first six holes in 3 over par on Sunday and fell three out of the lead after leading after rounds 1 and 2. A 30-foot eagle on 8 and a 15-foot birdie on 9 got her back on track and she had a two-stroke lead with three holes remaining in regulation.

“I struggled a little at the beginning, so it tells me I can really come back from it,” Kupcho said. “I’ve always known I’m a back-nine player, and that definitely came into effect today.”

Kupcho joins Minjee Lee as two-time winners on the LPGA Tour this year.

This coming week, the third major of the LPGA season will take place at Congressional Country Club in Bethesda, Md. — the KPMG Women’s PGA Championship.

For the scores from the Meijer LPGA Classic, CLICK HERE.

About the Writer: Gary Baines has covered golf in Colorado continuously since 1983. He was a sports writer at the Daily Camera newspaper in Boulder, then the sports editor there, and has written regularly for ColoradoGolf.org since 2009. He was voted into the Colorado Golf Hall of Fame in 2021. Email: ColoradoGolfJournal@mac.com)