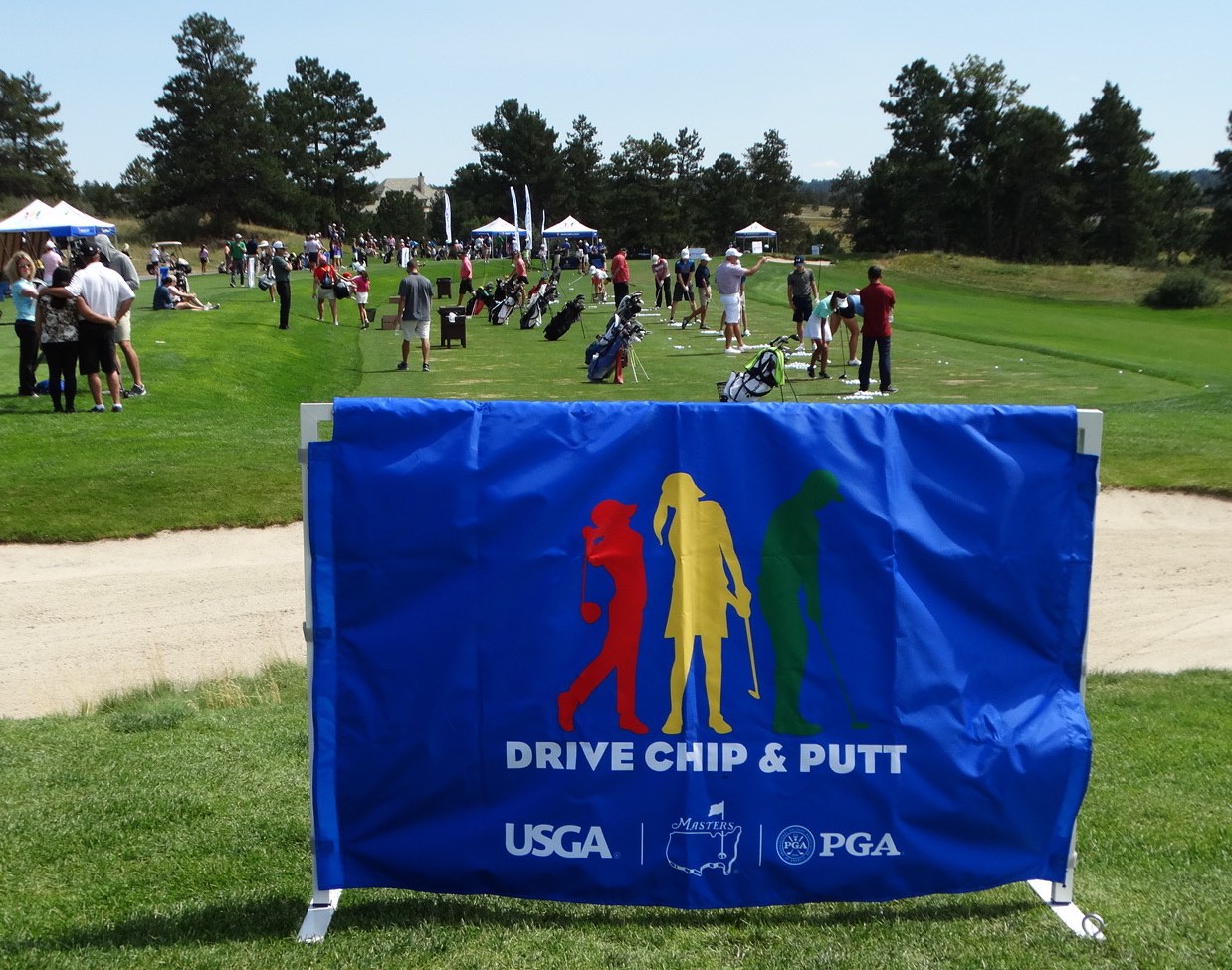 Year after 3 Coloradans competed in Drive Chip & Putt National Finals, no DCP events will be held in 2020; nearly 70 Colorado public courses closed for a time due to coronavirus concerns

A year ago, when a record-tying three Colorado junior golfers competed at the Drive Chip & Putt National Finals at the home of the Masters — and all three posted top-five finishes in their divisions, which had never before been done by kids from the Centennial State — little did anyone know that it would be at least three more years until a Coloradan would participate in the nationally-televised Finals again.

Last September, no locals qualified for the 2020 DCP National Finals. And now that means that no Coloradans will compete in the Finals of the event in 2021 either.

On Friday, officials from Drive Chip & Putt announced that because of ongoing concerns about the spread of the novel coronavirus, the Nationals Finals that were supposed to be held on April 5 of this year have been rescheduled for April 4, 2021. Qualifiers for the 2020 event will be invited to compete next spring, so the qualifying events set for this calendar year have been canceled.

That includes the eight local qualifying events originally scheduled for Colorado in 2020, plus the two sub-regionals (at Murphy Creek and Thorncreek) and the regionals at Colorado Golf Club.

So 2019 will be the last DCP National Finals any Coloradans will compete in until at least 2022, with Colorado-based qualifying for the 2022 Nationals Finals taking place in 2021.

Last April, on the eve of the Masters, Chunya Boonta of Centennial finished an all-time Colorado best second in the National Finals at Augusta National (in the girls 12-13 division). Meanwhile, Caitlyn Chin of Greenwood Village was fifth in girls 10-11 and Grady Ortiz of Colorado Springs was fifth in boys 7-9.

In all, six different Coloradans have earned spot in the DCP National Finals, with Chin appearing twice.

The 80 junior golfers who qualified for the National Finals that are now set for 2021 will compete in same age group in which they played this past year.

There are three qualifying stages for Drive Chip & Putt: locals, sub-regionals and regionals. At each of 10 regional qualifiers, the winners of each age/gender division advanced to the DCP National Finals. There are eight age/gender divisions in each DCP event.

In all, 40 boys and 40 girls compete in the National Finals, with 10 contestants in each division.

DCP is sponsored by the Masters, the USGA and the PGA of America. The competition typically is limited to players 7-15.

In other recent coronavirus-related developments that will affect Colorado golf:

— The USGA has delayed the opening of entries for several of its championships, including the U.S. Girls’ Junior that’s scheduled for July 13-18 at Eisenhower Golf Club at the Air Force Academy, until the week of April 27. Other events affected include the U.S. Amateur, U.S. Women’s Amateur and U.S. Junior Amateur. Qualifying dates and sites remain the same.

Registration for the aforementioned events were originally scheduled to open next week.

— While some public golf courses remain open in Colorado, around 70 had closed as of Friday, the day after Gov. Jared Polis’ statewide stay-at-home order went into effect. Many other varying directives — from cities, counties and departments of health — have also been issued.

(Updated March 30) Over the weekend, several Colorado public courses reopened after briefly being closed. Among those are Colorado National, Riverdale, Applewood, Raccoon Creek and the University of Denver Golf Club at Highlands Ranch.

Here is an updated, partial list of Colorado public/resort/military golf courses and related facilities that have closed for the time being due to concerns about the coronavirus, unless otherwise noted: (To provide updates to this list, please email us at golfjournal@coloradogolf.org)

The Olde Course at Loveland

The Broadlands in Broomfield