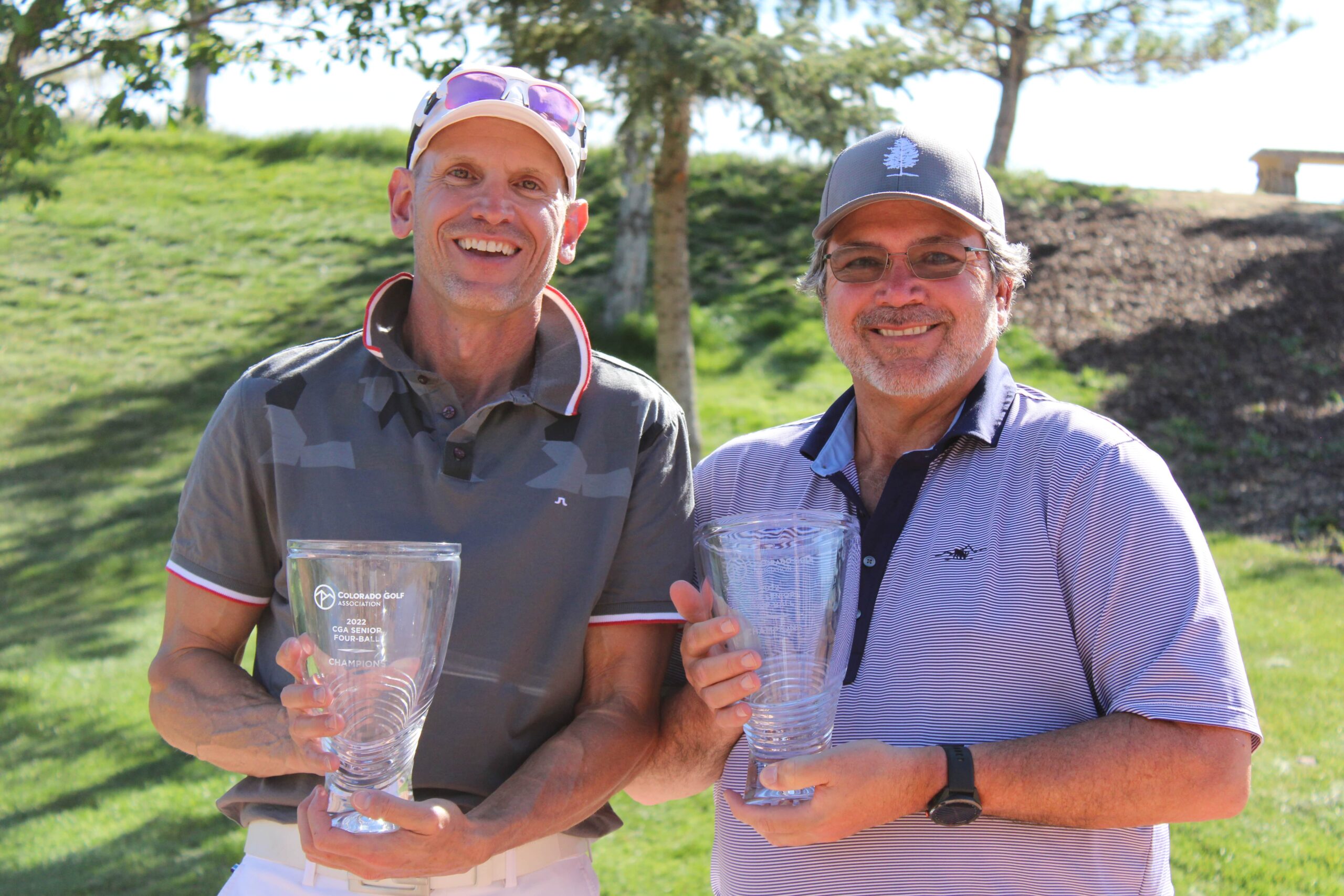 Mark Brown and Victor Minovich shoot a final day 69 (-3) to capture the Senior Four-Ball Championship and earn both of their first CGA Championship Titles.

With a three-day final score of -13, they won the title by one stroke, with Chris Carlson and David Delich one stroke behind them at -12.

“We had two bogeys all tournament, and they were both on number 9. But today we pared number 9…” Brown mentioned in a post-round interview, which just emphasizes the splendid play of this team throughout the week.