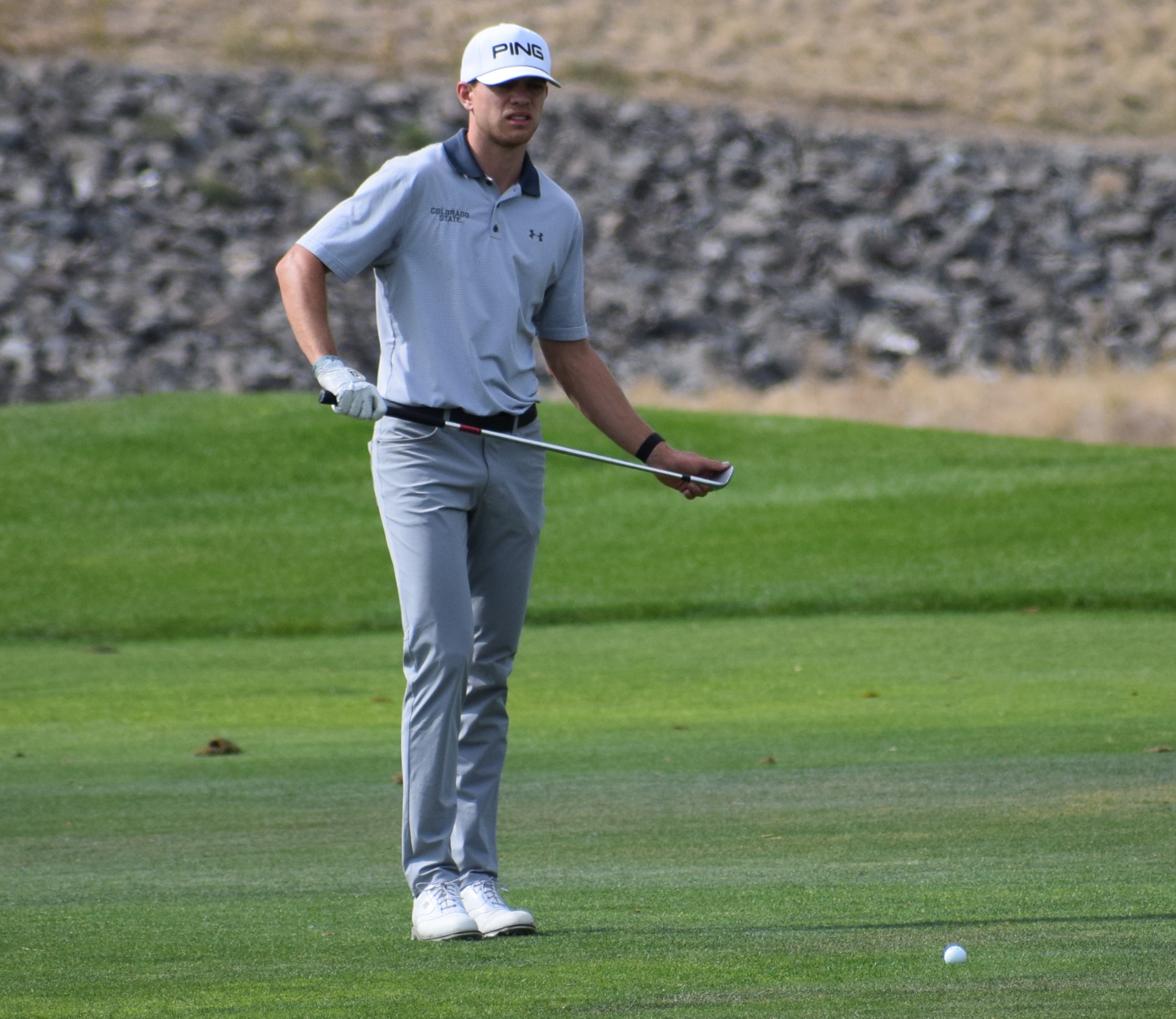 DU rallies after slow start in round 1; CSU’s AJ Ott in top 5 after 36-hole day in Stillwater

The men’s NCAA Division I Regionals began on Monday, and there was no shortage of players with Colorado connections on the leaderboards after day 1 of the 54-hole tournaments.

— In Cle Elum, Wash., the University of Denver rebounded from a slow start to share eighth place out of 14 teams with two rounds remaining.

The four DU individuals whose scores ended up counting toward the team total on Monday were a combined 6 over par after the first three holes. But they rallied and the Pioneers posted an even-par 284 total for the day. All in all, it was a strong showing, especially considering the Summit League champions were seeded 13th in the field.

At the conclusion of 54 holes, the top five team finishers and the top individual not on those teams from each regional will advance to NCAA nationals, set for May 28-June 2 at Grayhawk Golf Club in Scottsdale, Ariz. DU sits just four strokes out of fifth place — and six behind leader Wake Forest.

Individually, Cal McCoy from Highlands Ranch opened with a 2-under-par 69 and shares 12th place, leaving him three out of the lead. He made four birdies and two bogeys on the day. And teammate Carson Griggs posted a 70, while Jackson Solem from Longmont carded a 71 after being 3 over par after three holes.

— In Stillwater, Okla., 36 holes were contested on Monday in anticipation of bad weather. And AJ Ott, a fifth-year senior for Colorado State from Fort Collins, posted a very strong first day.

A three-time All-Mountain West Conference selection and a former CGA Player of the Year, Ott shares fourth place individually after posting rounds of 70-70 for a 4-under-par 140 total. Already a winner of two individual titles this college season, Ott trails leader Noah Goodwin of Southern Methodist University by seven strokes. Ott finished the day with 11 birdies, 5 bogeys and a double bogey.

After Monday, Ott was two strokes back of the player who would have advanced to NCAA nationals had the regional ended after two rounds.

The final round in Stillwater is expected to begin on Tuesday morning.

— In Albuqueque, N.M., Texas A&M fifth-year senior Dan Erickson, whose family moved to Loveland in 2018, shares third place individually after a 4-under-par 68. A six-birdie, two-bogey day left him two strokes behind leader Jonathan Brightwell of Oklahoma. Meanwhile, University of Colorado fifth-year Senior Daniel O’Loughlin, competing in his third consecutive regional for CU, opened with a 2-over 74, putting him in 40th place. O’Loughlin, competing as an individual, carded five birdies and seven birdies in an up-and-down day.

The ThunderWolves, competing in NCAA nationals for the first time, ended up with a 35-over-par total of 323 at PGA National’s Champion Course, which left them 28 shots behind leader Arkansas State.

The top eight teams after Wednesday’s third round will advance to the match-play portion of the event, which begins on Thursday.

Junior Nathan McCann from Ireland shot a 4-over-par 76 to pace CSU-Pueblo on Monday as he sits in 27th place individually. Junior Andrew Ni from Scotland, the Rocky Mountain Athletic Conference champion, opened with a 79.

For all the scores from DII men’s nationals, CLICK HERE.