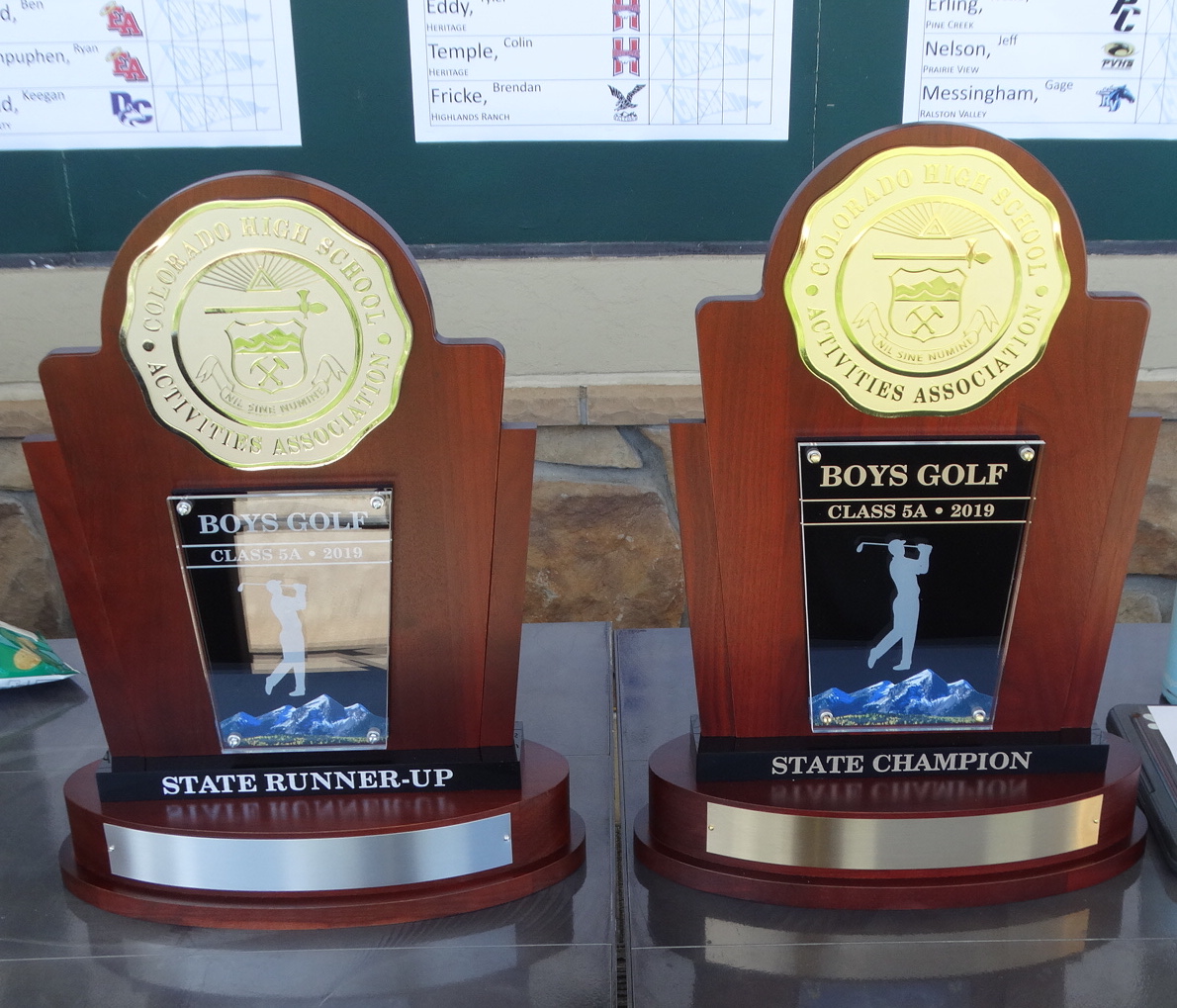 Juniors, sophomores figure to be formidable at boys state high school tournaments; find a list of individual and team champs from 2020 regionals

Each of the past three years, two of the three Colorado state high school individual champions in golf were seniors.

We’ll see if that trend continues when the three state tournaments are held on Monday and Tuesday, but don’t be surprised if younger players make their presence felt in a significant way.

— The only non-senior to win an individual state title last year, Will Kates of Arapahoe, returns as a junior.

— Six of the eight players who shot in the 60s in regional state qualifying tournaments last month are sophomores or juniors: sophomore Thayer Plewe of Montezuma-Cortez (65 at Hollydot), sophomore Flaxbeard (66 at Overland Park), junior Swanson of Northfield (67 at Green Valley Ranch), junior Gage Messingham of Ralston Valley (67 at Raccoon Creek), sophomore Aiden Krusoe of Highlands Ranch (67 at Raccoon Creek) and sophomore Reese Knox of Falcon (69 at Desert Hawk at Pueblo West). Joining them with a regional score in the 60s were seniors Nick Fallin of Rock Canyon (65 at Raccoon Creek) and Thomas Hicks of Cherry Creek (68 at Overland Park).

— Of the 14 players returning to state after finishing in the top 10 in 2019, nine are juniors or sophomores.

Here’s a short preview of each of the boys state tournaments on Monday and Tuesday:

— 5A at The Club at Rolling Hills in Golden: As with last year’s 5A state tournament at Pinehurst Country Club, the putting at Rolling Hills will present plenty of challenges. It’s almost a sure thing that we’ll see quite a few four-putts, and three-putts galore.

Cherry Creek hasn’t won a state team title in boys golf since 1981, but figures to be a threat to notch its ninth championship all-time as it posted the lowest regional team score at state — 6-under-par 210 at Overland Park. Rock Canyon and Arapahoe also should be among the contenders. 2019 champion Fairview did not qualify a full team for the 2020 state tournament.

Arapahoe junior Kates will be the only player defending his individual state title this year.

— 4A at Country Club of Colorado in Colorado Springs: Micah Stangebye, winner of the last two 4A individual titles, may be gone (he’s now at Arkansas Tech), but Montrose will look to extend its 4A state team championship streak to four. In fact, the last two years, the Indians have swept both the team and individual state titles.

Cheyenne Mountain could be formidable in the team race while playing state in its neck of the woods. In fact, CM won its regional at the Country Club of Colorado.

The two individual runners-up from 2019 return next week. That would be Northfield’s Swanson and Discovery Canyon senior Kaden Ford, a former national finalist in the Drive Chip & Putt competition.

Other top-10 finishers from state last year who are back include junior Gregory Lewis of Lewis-Palmer (fourth in 2019), sophomore Noah Wagner of Pueblo West (ninth) and junior Jake Chesler of Frederick (10th).

Senior Jordan Jennings of Montrose also figures to make a run at the top spot.

— 3A at Dos Rios Golf Club in Gunnison: Lutheran will be back to defend its 3A team title, with perennial contender Kent Denver and 2019 champ Aspen also giving it a run in what may be a wide-open team race. Kent Denver owns nine state team championships, tied for most in state history with Regis Jesuit (5A).

5A Western Regional at Raccoon Creek GC in Littleton on Sept. 21

5A Southern Regional at South Suburban GC in Littleton on Sept. 24

5A Central Regional at Overland Park GC in Denver on Sept. 23

5A Northern Regional at Hyland Hills in Westminster on Sept. 21

4A Region 2 at CC of Colorado in Colorado Springs on Sept. 21

4A Region 4 at Green Valley Ranch GC in Denver on Sept. 22

3A Region 1 at Hollydot GC in Colorado City on Sept. 22

3A Region 3 at Boomerang GL in Greeley on Sept. 21

3A Region 4 at River Valley Ranch in Carbondale on Sept. 22