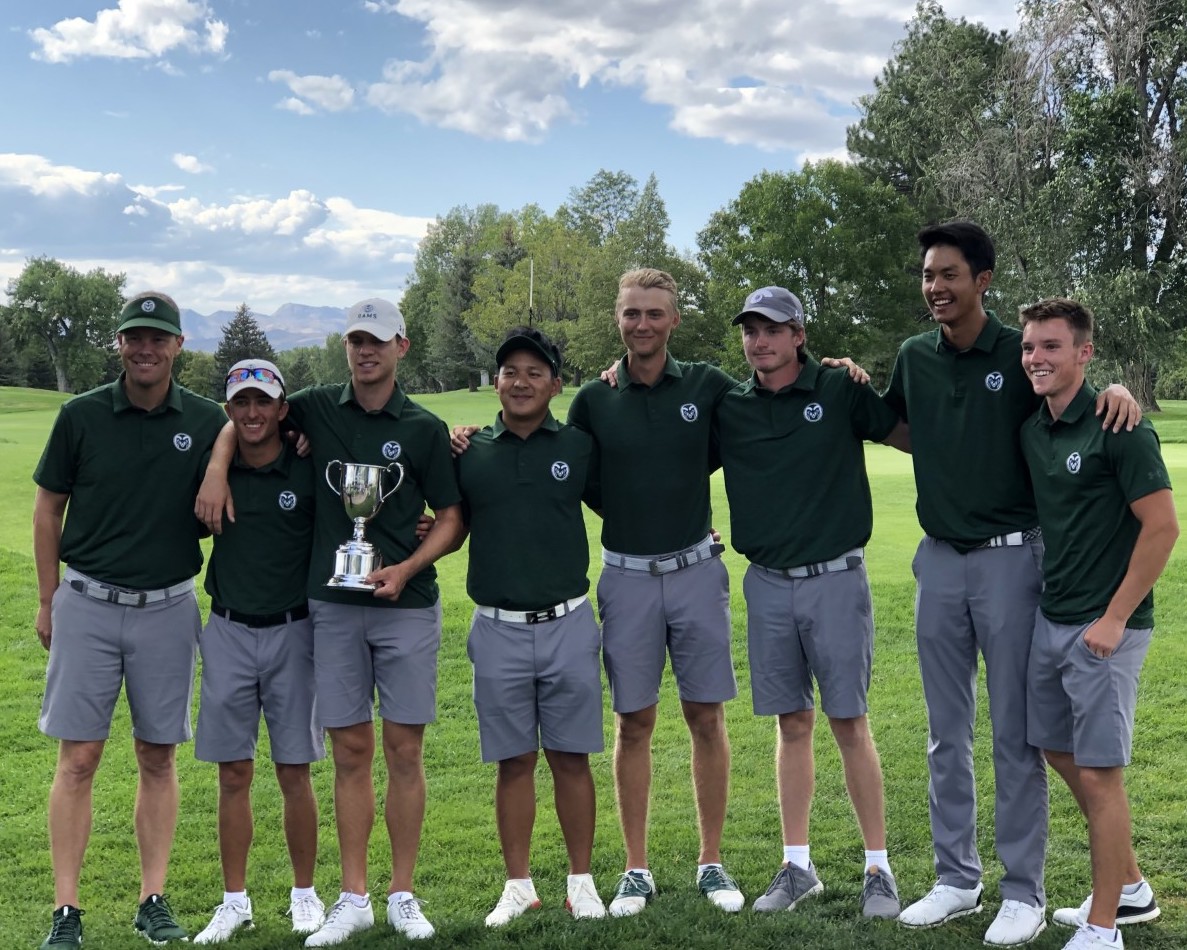 On Tuesday, it happened for the sixth consecutive year. And for the fourth time in the last five, the victory margin was in the double digits.

This time, the Rams prevailed by 14 in the 17-team competition. After vaulting into the lead with a tournament-record 15-under-par 265 on Monday afternoon, CSU carded a 1-over 281 on Tuesday, giving the Rams a 9-under 831 total.

(The champions are pictured above in a photo courtesy of Julie Bryant.)

As for the other Colorado teams competing, the University of Denver placed fifth in its season opener, Northern Colorado seventh and Air Force 11th.

CSU put three players in the top five individually — all of whom placed in the top 10 at this event last year. Senior AJ Ott and sophomore Davis Bryant tied for second, and Parathakorn Suyasri was fifth.

The runner-ups were career-best college bests for Ott and Bryant, who finished with three-round totals of 3-under-par 207, which was six behind individual champ Oskar Ambrosius of Texas-El Paso. Suyasri checked in at 208.

Other local players who placed in the top 10 on Tuesday were DU’s Cal McCoy and UNC’s Coby Welch and Jack Castiglia, who all tied for eighth place at 209. Welch was third and McCoy fourth in last year’s Ram Masters.

Meanwhile, three Colorado-based women’s teams competed in the Washington State University Cougar Cup in Pullman, where DU finished third in its season opener, the University of Colorado seventh and CSU 14th out of a 15-team field. Oregon State, coached by DU alum and former Coloradan Dawn Shockley, won the tournament by eight.

Bouraeda went 70-70-70 for a 6-under-par 210 total, which left her three strokes behind champion Karen Miyamoto of Washington.