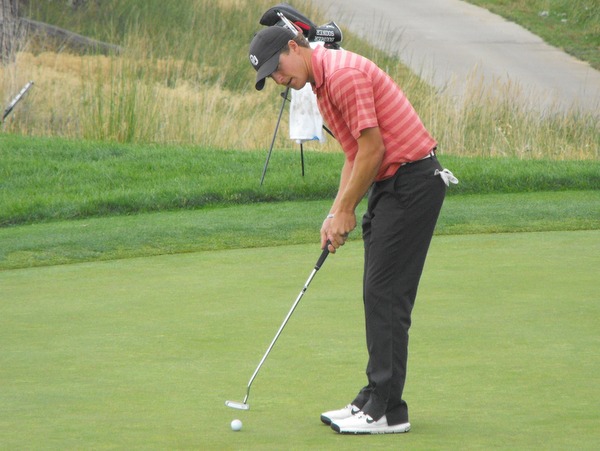 Denver native Michael Schoolcraft has played in a smattering of Korn Ferry Tour events in his career — four to be exact, to go along with two PGA Tour starts — but the opportunity awaits to compete in many more in 2020.

With a runner-up finish out of 74 players on Friday in a Second Stage Korn Ferry Q-school tournament in Dothan, Ala., the Valor Christian graduate easily advanced to the Final Stage, which guarantees him at least some KF status next year assuming he does at least start the Final Stage event.

At that event — set for Dec. 12-15 in Winter Garden, Fla. — the winner and those tied for the top spot will be exempt for all of 2020 on the Korn Ferry Tour. Those who didn’t win but place in the top 40 receive exempt  status for at least part of the season, and those placing 41st or higher will be conditionally exempt.

In Alabama this week, Schoolcraft (pictured above) posted rounds of 68-68-69-68 for a 15-under-par total of 273, which left him one stroke behind medalist Stephen Franken of Raleigh, N.C. For the week, the 27-year-old Schoolcraft carded 21 birdies and six bogeys.

The top 20 finishers and ties in Alabama — and other Second Stage sites — punched their tickets to the Final Stage.

Here are the scores of the local players at all of the Korn Ferry Second Stage sites: