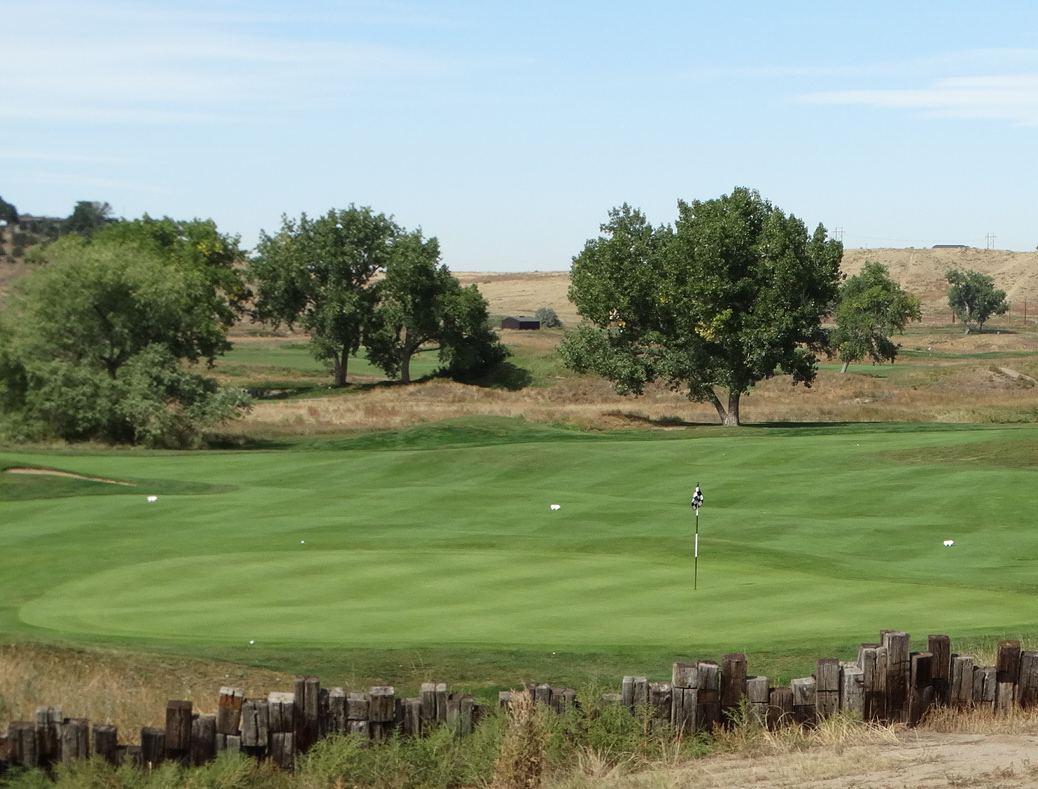 On a day that the British Open was canceled, the USGA on Monday postponed the U.S. Open and canceled two championships which regularly include competitors from Colorado — the U.S. Senior Open and the U.S. Senior Women’s Open — all due to the effects of the novel coronavirus.

It marks the first calendar year the British Open hasn’t been held since 1945, the final year of World War II. Meanwhile, the senior open championships had been conducted every year since their inceptions — 1980 for the U.S. Senior Open and 2018 for the U.S. Senior Women’s Open.

The British Open had been scheduled for July 16-19 at Royal St. George’s in Sandwich, England, and will take place at that site in 2021.

The U.S. Open, which had been scheduled for June 18-21, is being moved to Sept. 17-20 but will remain at Winged Foot Golf Club in Mamaroneck, N.Y. The Masters has been rescheduled for Nov. 12-15 at Augusta National, and the PGA Championship for Aug. 6-9 at TPC Harding Park in San Francisco.

The USGA earlier canceled the local qualifying stage for the U.S. Open, including at three sites in Colorado — Collindale in Fort Collins, CommonGround in Aurora and Walnut Creek in Westminster. However, the USGA said on Monday that it “will strive to conduct qualifying that fits health and safety guidelines while accommodating the rescheduled championship dates.”

As for the USGA senior open championships, the U.S. Senior Open had been scheduled for June 25-28 in Newport, R.I., and the U.S. Senior Women’s Open for July 9-12 in Fairfield, Conn.

“Canceling this year’s Senior Open championships was a very difficult decision to make,” said USGA CEO Mike Davis. “Not only are they important pillars of our championship schedule, but we also value our relationships with both Newport Country Club and Brooklawn Country Club and were looking forward to staging incredible events there this summer. Given the ongoing health and safety issues related to COVID-19 and the significant consolidation of schedules into the back half of 2020, including the postponement of the U.S. Women’s Open and U.S. Open, we felt it necessary to make these unfortunate adjustments to our 2020 championship plans.”

The U.S. Girls’ Junior Championship, set for July 13-18 at Eisenhower Golf Club at the Air Force Academy, currently remains in place. In fact, it is the next USGA championship scheduled.

“The USGA will continue to rely on CDC and WHO recommendations in determining schedule considerations for the remaining eight 2020 amateur championships” following the earlier cancellations of the U.S. Amateur Four-Ball and U.S. Women’s Amateur Four-Ball, the USGA said in its Monday release.

In other golf updates related to the effects of the coronavirus:

The 2020 Augusta National Women’s Amateur has been canceled, with those who received invitations for this year’s event having the option to compete in 2021, providing they’re still an amateur. One player with strong local ties in the 2020 ANWA field was University of Denver freshman Anna Zanusso, a native of Italy.

Jennifer Kupcho, who was born and bred in Colorado, won the inaugural ANWA a year ago.

Numerous public golf courses in Colorado — mostly privately-owned — have reopened in the last week and a half after having closed briefly in the wake of Gov. Jared Polis’ statewide stay-at home order that went into effect on March 26. Many of them did so after attempting to receive clarification regarding various local directives about playing golf given the coronavirus pandemic.

Among the public courses that have announced on their websites that they are open after shutting down briefly are Riverdale in Brighton, Green Valley Ranch in Denver, CommonGround in Aurora, Todd Creek in Thornton, The Broadlands in Broomfield, Arrowhead in Littleton, Colorado National in Erie, Raccoon Creek in Littleton, University of Denver Golf Club at Highlands Ranch, Plum Creek in Castle Rock, Cherokee Ridge in Colorado Springs, Cheyenne Shadows at Fort Carson, Antler Creek in Falcon and Cattails in Alamosa. Hillcrest in Durango is scheduled to reopen on Tuesday, April 7 and Fossil Trace in Golden on Wednesday, April 8.

For a period late last month, around 70 public golf course in Colorado were closed for a time for coronavirus-related reasons. The great majority of the public courses that remain closed are municipal or related facilities.

Depending on the course, coronavirus-related precautions being taken at open courses may include allowing walking only or no sharing of golf carts, taking steps to have golfers avoid high-touch areas such as flagsticks and bunker rakes, encouraging proper social distancing (6 feet or more between people), limiting payment options, no water jugs on the course, possible closure of in-restaurant dining, promoting hand washing/use of hand sanitizer, not lingering in the clubhouse, etc.

(Updated April 7) The Junior Golf Alliance of Colorado on Tuesday canceled its tournaments scheduled for May 9-10, meaning that the JGAC season is now expected to start after Memorial Day (May 25). Tournaments had been set for May 9-10 at Coal Creek Golf Course (JGAC Tour), The Olde Course at Loveland (11-13 Series and 14-18 Series) and Cattail Creek Golf Course (10 & Under Series).