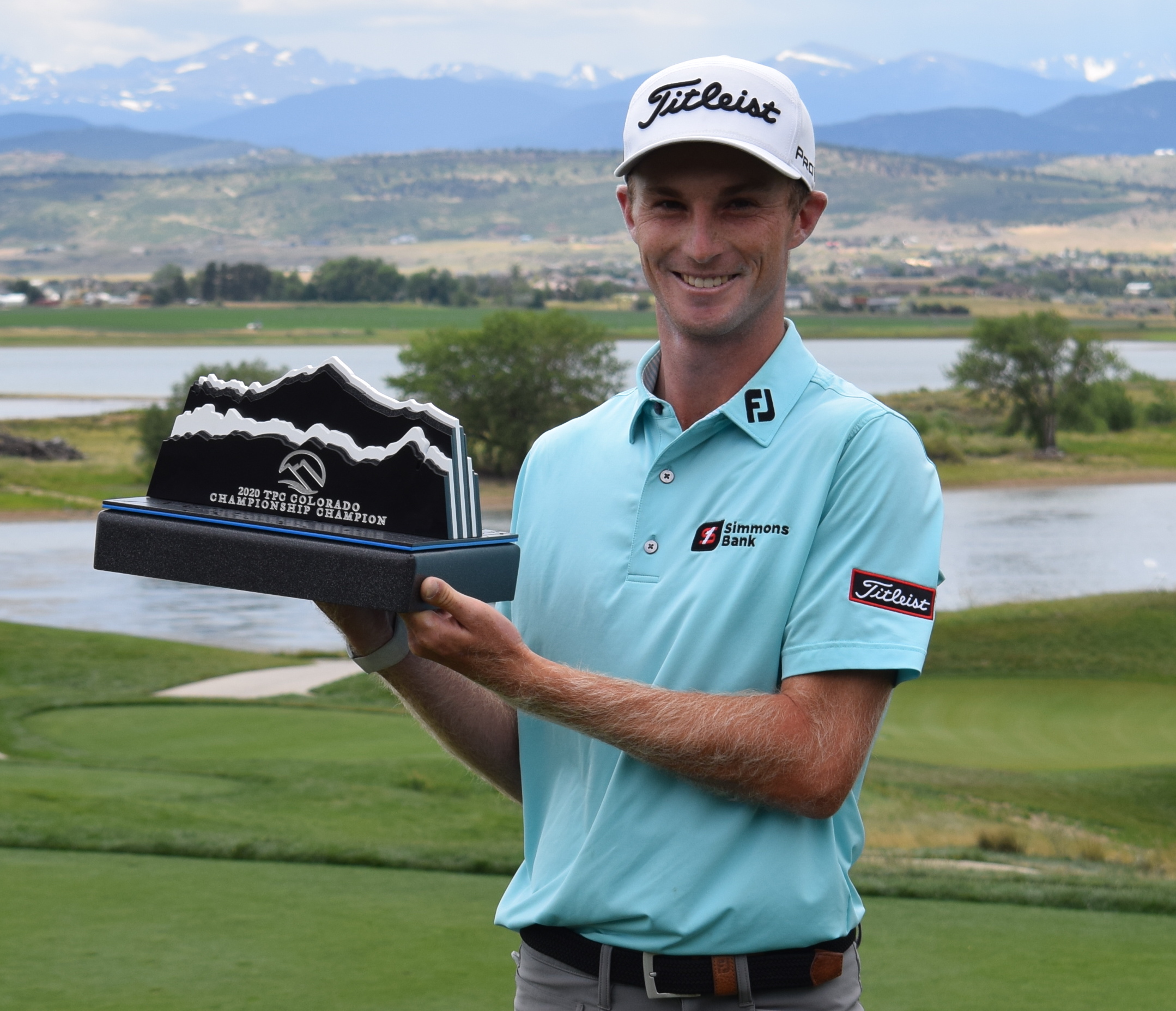 Will Zalatoris after winning the TPC Colorado Championship at Heron Lakes in early July.

Even at TPC Colorado in early July, Will Zalatoris had his eye on the prize.

After winning the TPC Colorado Championship at Heron Lakes, a Korn Ferry Tour event, on Independence Day, Zalatoris noted that he was “one step closer to getting our (PGA Tour) card.”

People on hand that week — which was a very limited group as fans weren’t allowed to attend the event due to Covid-19 safety concerns — saw first-hand how talented Zalatoris was. But this past week at Winged Foot in Mamaroneck, N.Y., the former Wake Forest golfer proved himself on one of golf’s biggest stages.

Zalatoris earned a spot in the U.S. Open field by virtue of being one of the top five players on the Korn Ferry Tour points list this season — he’s first in 2020 points — and he took advantage of his big opportunity.

The TPC Colorado Champion finished tied for sixth at Winged Foot and earned a whopping $424,040. He posted rounds of 70-74-70-71 for a 5-over-par 285 total, which left him 11 strokes behind champion Bryson DeChambeau, who won by six.

It was just the ninth PGA Tour start of Zalatoris’ career — and his first top 10 finish.

Oh, and by the way, Zalatoris made a hole-in-one in Thursday’s first round — and narrowly missed recording two aces that day as he tee shot on another par-3 glanced off the flag.

With his top-10 finish, Zalatoris earns a spot into the 2021 U.S. Open at Torrey Pines in the San Diego area.

“It was a great experience,” Zalatoris said. “I’ve been playing well all year. I just found out that top 10 gets us into next year, too, so that’s obviously pretty exciting.”

Meanwhile, the players with strong Colorado connections competing in the U.S. Open all missed the 36-hole cut as Denver native Mark Hubbard went 79-74—153 and former Colorado School of Mines golfer Marty Jertson 76-81–157 in their U.S. Open debuts. Likewise done after 36 holes was Lukas Michel, winner of the 2019 U.S. Mid-Amateur at Colorado Golf Club (80-77–157).

— Former University of Denver golfer Ellie Givens recorded a 15th-place finish on Saturday at the Ladies European Tour’s Lacoste Ladies Open De France. She carded scores of 71-71-72 for a 1-over-par 214 total, ending up eight strokes behind winner Julia Engstrom. The 15th-place showing was Givens’ best this season on the LET.