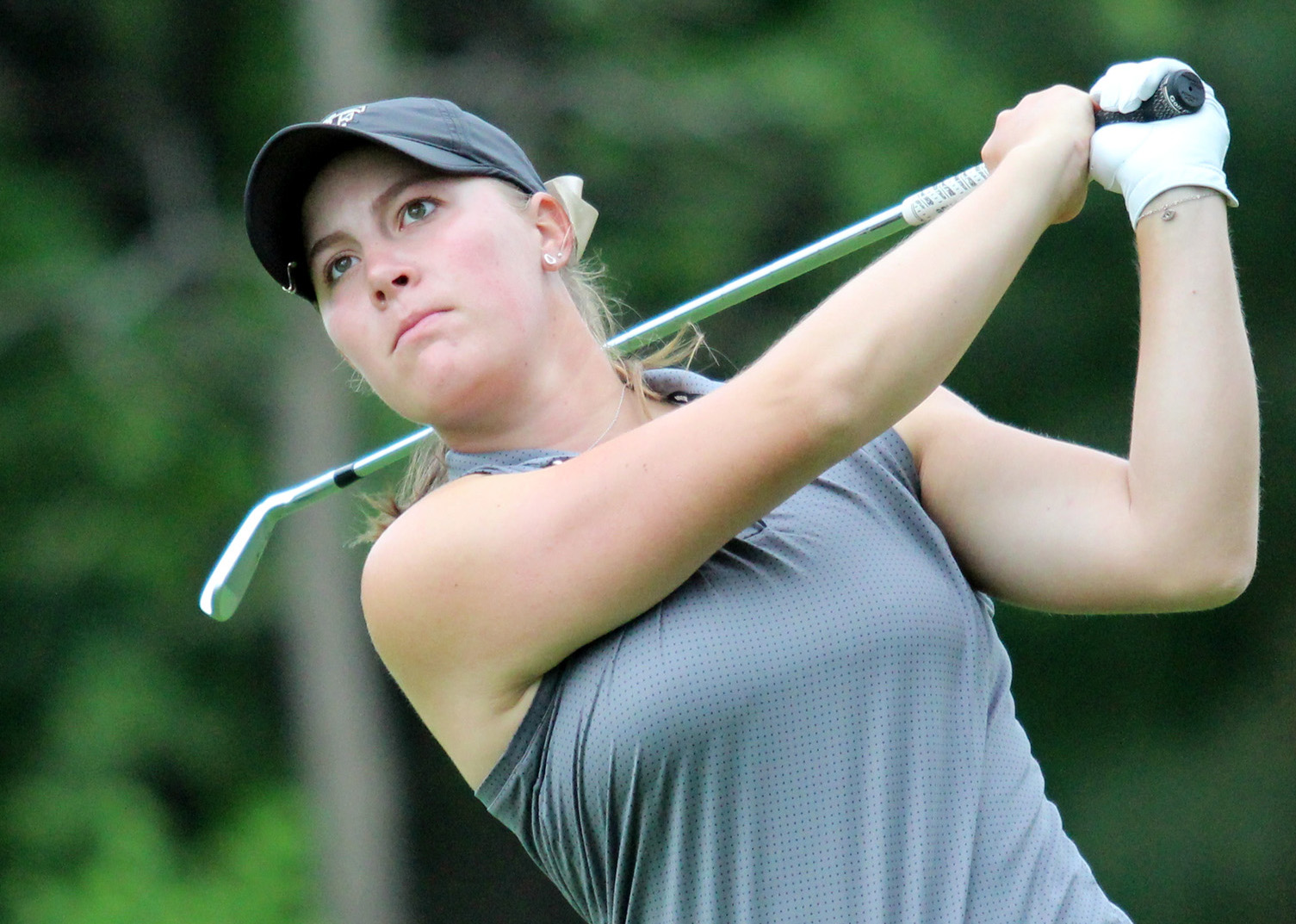 Kupcho in 58th place in title defense as round 2 of NCAA tourney disrupted by weather; stroke-play portion reduced to 54 holes

Jennifer Kupcho was a model of consistency in her first three appearances at the women’s NCAA Division I national tournament, finishing sixth, second and first individually.

But the Westminster resident hasn’t been able to find that form through the first two days of the 2019 tournament, which happens to be her final amateur tournament.

On a very difficult Blessings Golf Club in Fayetteville, Ark., the Wake Forest senior is 7 over par through 35 holes. She and most of the field didn’t complete round 2 due to inclement weather, but she’ll go into day 3 in 58th place, 11 strokes behind leader Bianca Pagdanganan of Arizona in Kupcho’s title defense.

And Kupcho will have less time to make up ground as the stroke-play portion of the event — after which the individual champion will be crowned — has been reduced to 54 holes. It will still conclude on Monday, with the top eight team finishers advancing to match play, which begins on Tuesday.

The world’s No. 1-ranked women’s amateur played better on Saturday than in her opening-round 78, but it was still an up-and-down affair. Kupcho (pictured in a Wake Forest photo) was 3 over par for the day through 14 holes, then eagled the 300-yard, par-4 sixth (her 15th hole) and birdied the seventh. But just when she seemed to be turning things around, she double bogeyed the 126-yard eighth hole. She wasn’t able to complete her 18th hole before play was called and never resumed on Saturday.

Close to halfway through round 2, Kupcho’s Wake Forest team will need to move up if it hopes to make the match play portion of the event. Wake Forest was in 14th place after Saturday’s play, but only four strokes out of the eighth position.

One of the players on the leaderboard is Maria Fassi of Arkansas, who finished runner-up to Kupcho at last month’s Augusta National Women’s Amateur. Fassi, playing at Arkansas’ home course, holds second place at 3 under par through 29 holes.