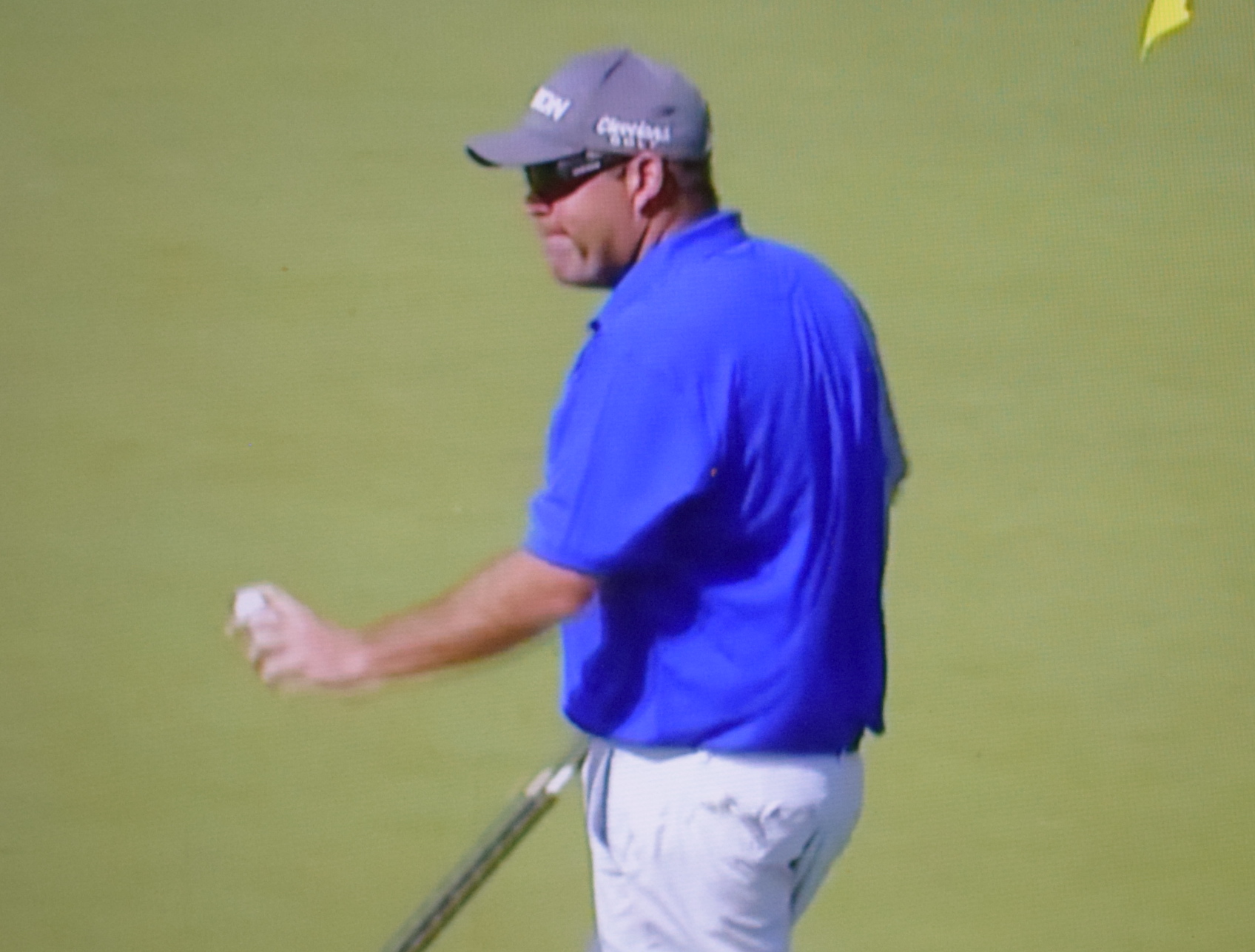 Kevin Stadler is on pace for his best PGA Tour finish since 2014.

For first time in more than 6 years, part-time Denver resident Kevin Stadler in contention on weekend at PGA Tour event

After two days of the Valero Texas Open in San Antonio, Stadler finds himself in a position he hasn’t been for more than six years. He’s legitimately in contention to win on the PGA Tour.

The Kent Denver graduate, now 41, sits tied for fourth place at the halfway point in San Antonio. That’s a far cry from the norm considering that Stadler had made a grand total of one cut on the PGA Tour since October 2014. (April 3 Update: After a 73 on Saturday, Stadler shares 17th place and sits eight strokes out of the lead.)

Should Stadler make a big run and win on Sunday, he’d earn a spot in the Masters, where he finished eighth in 2014.

But more realistically, a strong finish could allow Stadler to retain his PGA Tour card — or at least make significant progress toward that goal.

After a broken left hand suffered in late 2014 threw his career for a loop in the same year he won the Waste Management Phoenix Open, Stadler is now playing on a major medical extension. And he needs to earn $703,640 in his next 12 PGA Tour events in order to keep his playing status.

Finishing first or second at the Texas Open would completely solve that issue, and anything in the top 10 would make a nice dent.

After long dealing with pain in his left hand — and at one point not cashing in 24 consecutive events (21 missed cuts, two WDs and one DQ) on the PGA Tour — Stadler said he’s feeling good at this point.

“I’ve really got nothing wrong with me physically anymore,” he said on Friday. “I feel good. It’s just been a battle (more) than anything upstairs trying to get the game back together. …

“I’ve been in a deep, dark hole for quite a while now and just been clawing away trying to get it back. I know what I’m capable of if I can make it happen. It’s just been a long, long time. It’s been extremely difficult, but I’m just trying to plug away and make it work again.”

At TPC San Antonio, Stadler opened with rounds of 69-70. To put those numbers into perspective for Stadler, the 69 ties his best PGA Tour score since 2014, and the 70 falls into third place since then.

Through two rounds this week, Stadler made nine birdies and four bogeys on a formidable TPC San Antonio course.

Stadler was a very successful amateur — in Colorado and beyond — before embarking on a pro career in which he’s earned $9.7 million in official PGA Tour money. Stadler won a state high school individual title at Kent Denver and two CGA Match Play championships, in addition to landing the trophy at the 1997 Junior Worlds.

For all the scores from the Valero Texas Open, CLICK HERE.

Elsewhere in tour action for players with strong Colorado connections:

— Paige Crawford of Colorado Springs finished second out of 15 players at The Cactus Tour event that ended on Wednesday in Tucson. She posted scores of 73-76 for a 5-over-par total of 149, ending up five strokes behind champion Weiwei Zhang of China.