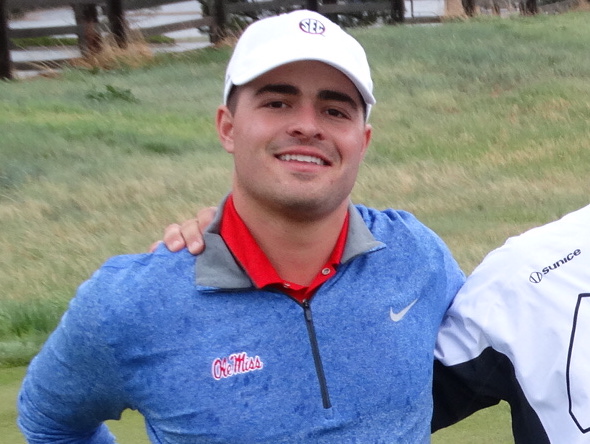 The Castle Pines resident, who will finish up his senior season at the University of Mississippi this month, finished 21st Friday out of 116 players in the sixth and final PGA Tour Canada Q-school tournament, in Courtenay, British Columbia.

By placing in the 15-40 range, Seiple (above) earned conditional status on PGA Tour Canada, where the season begins on May 23.

And AJ Morris of Aspen ended up third on Monday at the West Florida Golf Tour’s Winter Tour Championship in Sarasota, Fla.

Morris carded scores of 72-67 for a 139 total, which left him three shots behind champion Michael VanDeventer of Columbus, Ind. Morris earned $700.