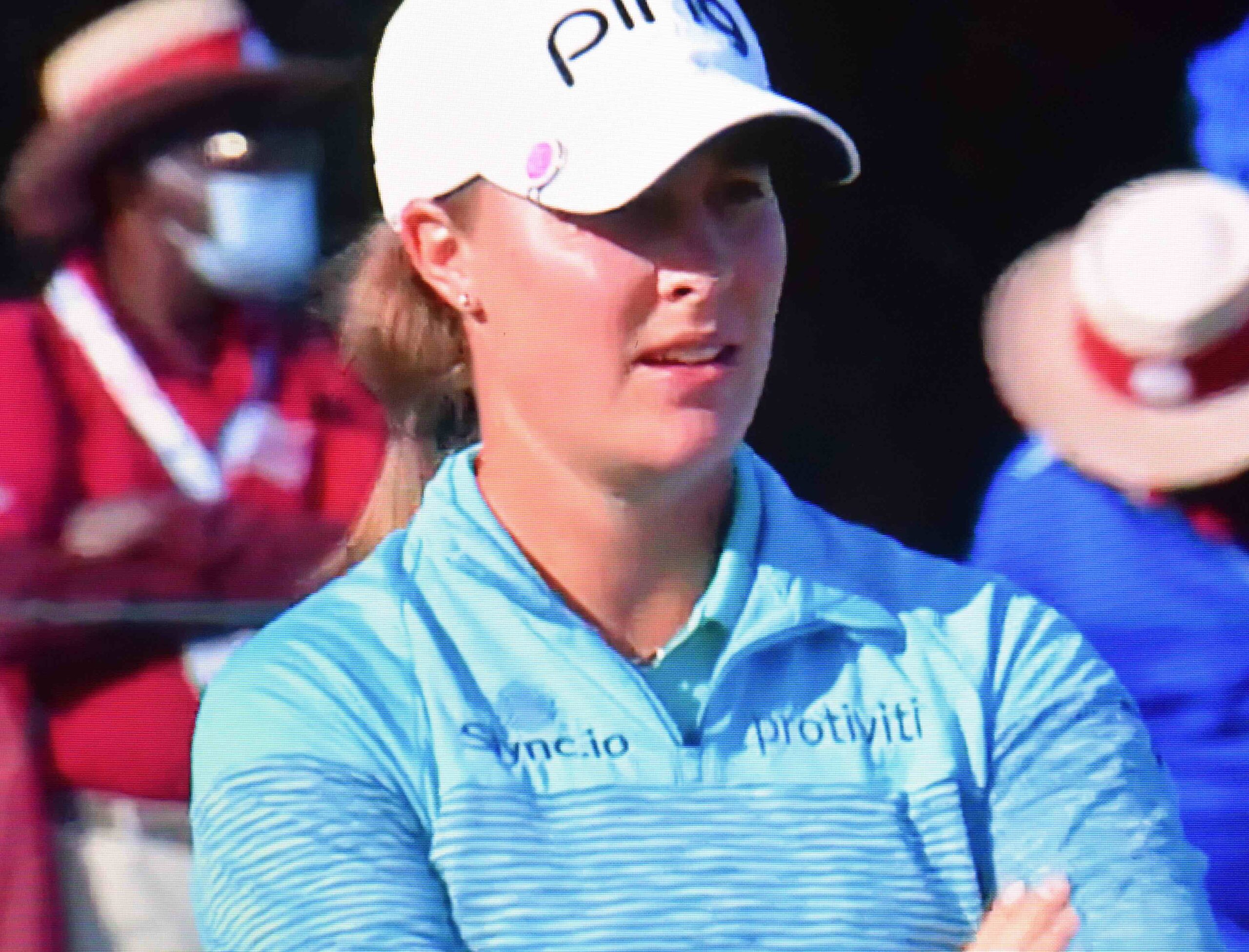 Jennifer Kupcho has rebounded nicely following a rough return to the LPGA Tour in late July and in August.

Jennifer Kupcho said at the beginning of the year that her main goal at that point was picking up her first victory on the LPGA Tour.

Much has changed since then, but that hasn’t.

The Colorado native, who grew up in Westminster and graduated from Jefferson Academy, had the opportunity to check that off her to-do list on Sunday, but fell a bit short despite playing her final 10 holes in 4 under par.

Englishwoman Mel Reid’s likewise strong play down the stretch, combined with a costly double bogey by Kupcho on No. 8, kept the longtime Coloradan from the victory. But the 23-year-old finished runner-up at the Shoprite LPGA Classic in Galloway, N.J., matching her best LPGA showing ever and recording her fourth top-5 showing in her 16-month LPGA career.

Kupcho’s previous runner-up on the LPGA circuit came in a major, the Evian Championship, in July 2019.

“I didn’t hit the ball super great, and couldn’t really expect to play as good as Mel was playing, but I gave it my best shot with what I brought to the course today,” Kupcho said. “Just looking back on this whole week, how much I fought through all the adversity I came across, I am really proud of myself and excited to go into major week.” The KPMG Women’s PGA Championship begins on Thursday in Newton Square, Pa.

Reid, a six-time champion on the Ladies European Tour, won for the first time on the LPGA circuit, fending off Kupcho and Jennifer Song on the back nine. With a 4-under-par 67 in the final round, she finished at 19-under 265.

Kupcho, who had shot back-to-back 65s in rounds 2 and 3 and went bogey-free on Saturday, ended up two behind after a final-round 68.

The 2020 CoBank Colorado Women’s Open winner was one back of leader Song after seven holes on Sunday — and tied with Reid — but the short par-4 eighth proved costly. There, she left her approach shot in the front bunker, then thinned her sand shot over the green and subsequently missed an 8-foot putt and took a double bogey, dropping three out of the lead. The 2019 Augusta National Women’s Amateur champion wouldn’t get closer than two the rest of the way.

Kupcho was two back going into 18 after making a 3-foot birdie on 17 and with Reid carding a bogey there. Then both players two-putted for birdie on 18. It was Kupcho’s seventh birdie of the round.

Kupcho has clearly rounded back into form following a rocky return to LPGA action in late July and in August. Her finishes in her first five LPGA starts following the return from the Covid-19 layoff were 60th and four straight missed cuts.

But Kupcho placed 22nd last month at the ANA Inspiration, an LPGA major, then placed came in second on Sunday, earning $114,323.

— George Cunningham, who was born in Boulder County, missed 14 consecutive cuts earlier this year on the Korn Ferry Tour. But this week at the Savannah (Ga.) Golf Championship, he performed like a different player.

A grandson of the late Chuck Melvin — a former Colorado Cup player — Cunningham tied for third place on Sunday, a career-best for him on the KF Tour.

Cunningham shot a bogey-free 7-under-par 65 in the final round, giving him a 19-under 269 total. He finished two strokes out of a playoff.

— Former University of Colorado golfer Robyn Choi posted her fourth top-11 finish in her last five Symetra Tour starts as she tied for fifth place on Sunday in the Symetra Classic in Daytona Beach, Fla.

Choi recorded rounds of 63-69-75 for a 9-under-par 207 total, which left her five strokes behind winner Peiyun Chien after the two started the day tied. Choi failed to make a birdie on Sunday while recording three bogeys.

Since returning to the Symetra Tour in August, Choi owns a second-place showing, a fifth, a ninth and an 11th in five starts. The 2019 LPGA Tour player sits in ninth place on the 2020 Symetra Tour money list with $26,701. For eligibility purposes, the Symetra Tour and the LPGA Tour are both combining the 2020 and 2021 seasons.