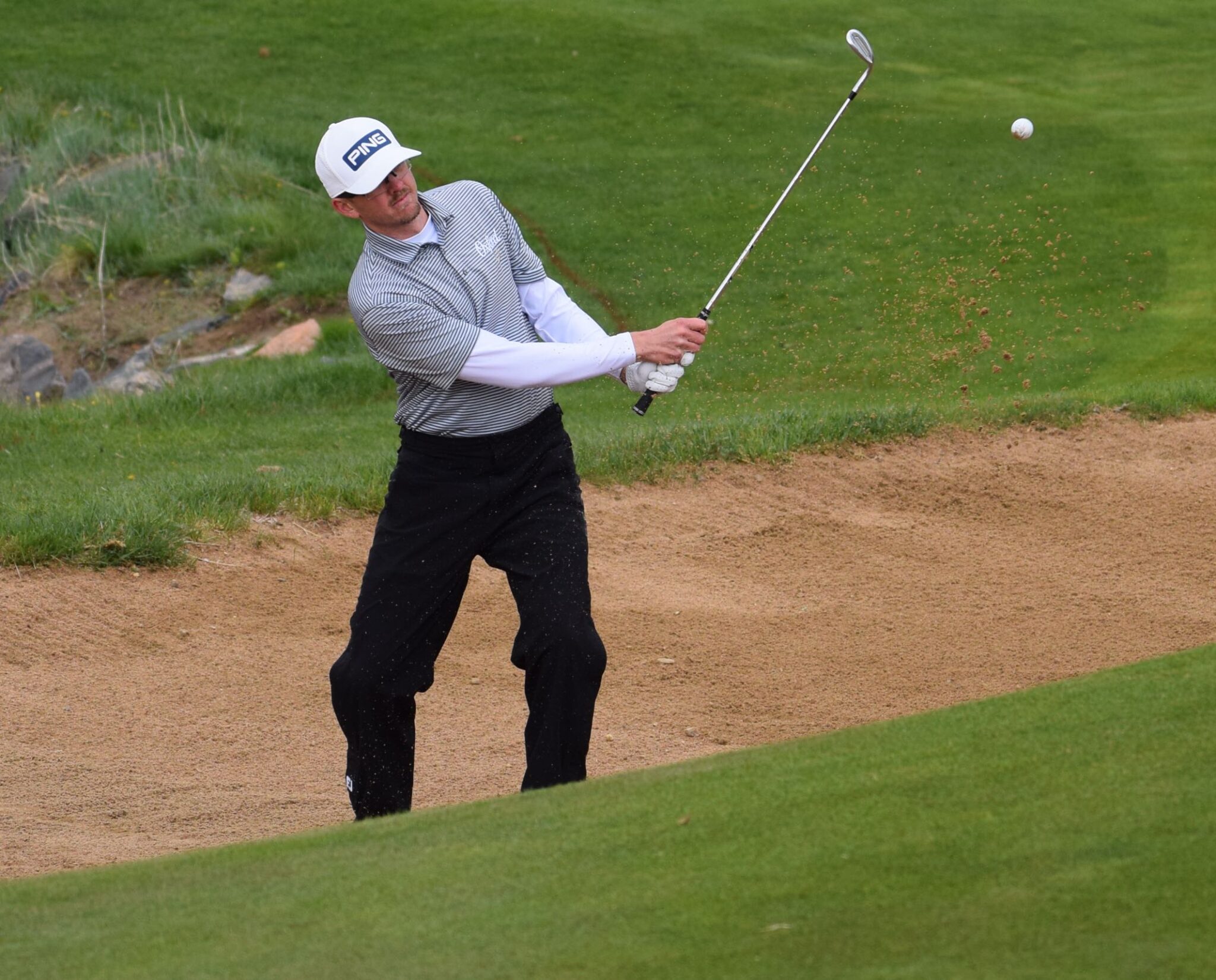 Triple bogeys are always costly for PGA Tour players, but some are more costly than others.

The one made by Littleton resident Jim Knous on the 14th hole of Sunday’s final round of the PGA Tour’s Fortinet Championship in Napa, Calif., could very well end up haunting the former Colorado School of Mines golfer.

On the positive side, Knous’ 11th-place finish was his second-best ever on the PGA Tour, behind only the 10th-place he had in the 2018 Safeway Open, the predecessor to the Fortinet, held at the Silverado Resort and Spa North in Napa.

But before his triple bogey on Sunday, Knous was tied for fourth place. And had he made a par instead of a triple on the 14th, Knous would have chalked up 115 FedExCup points instead of the 61 he ended up with.

Why is that particularly important given that this was just the first event of a new PGA Tour season?

Knous is playing the PGA Tour under a medical extension by virtue of the right wrist injury he sustained in 2019.

And after the Fortinet, he has just one start left to earn 91 more FedExCup points in order to keep his full PGA Tour card. But had that triple bogey been a par instead, he’d need a more reasonable 37 points in that next PGA Tour start to keep his full status on the world’s top circuit. (Knous at least will have some conditional PGA Tour status regardless.)

As a practical matter, that means Knous requires roughly a sixth-place finish in his next start — depending on ties — to remain fully exempt on the PGA Tour. Meanwhile, 37 points translates into a 24th-place finish.

As things were on Sunday, Knous dropped from a share of the lead entering the final round to 11th place. He went 70-67-65-74 for a 12-under-par 276 total, which left him seven strokes behind winner Max Homa.

On the triple bogey on the par-4 14th, Knous hit his tee shot far left and had to take a penalty. He reached the green in four, then three-putted from 70 feet.

For all the scores from the Fortinet, CLICK HERE.

Kupcho now has five top-10s on the LPGA Tour this year — and 10 for her career.

For all the scores from the Portland Classic, CLICK HERE.