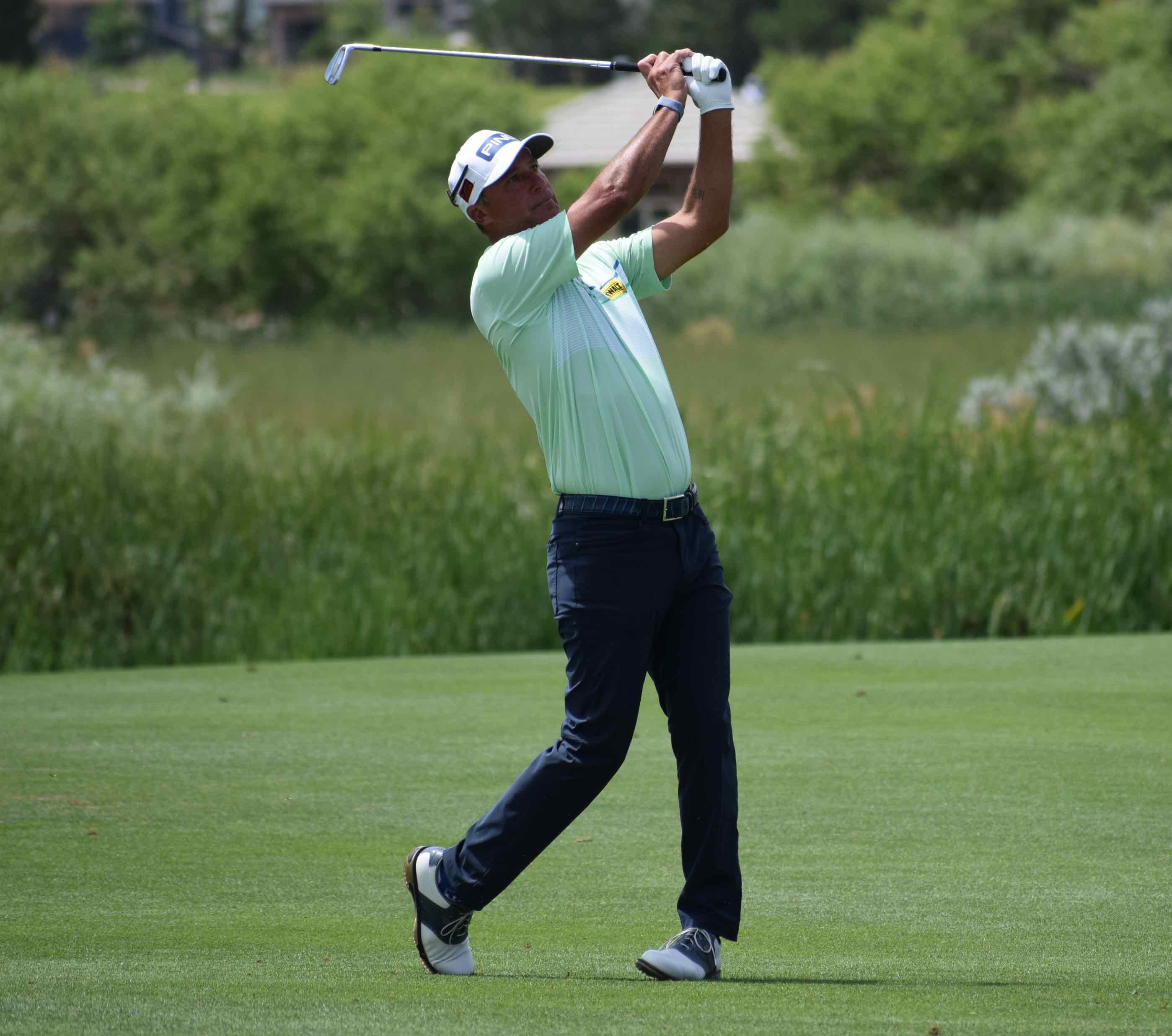 Chris DiMarco shot a bogey-free 65 on Sunday at the Ally Challenge.

It was a big week for local golfers competing on major tours.

Shane Bertsch of Parker made his much-delayed debut on PGA Tour Champions after earning medalist honors in Q-school eight months ago.

And Chris DiMarco, a Denver resident for the last two years, posted his best-ever showing on the Champions circuit.

DiMarco, who used last week’s CoBank Colorado Open as a tune-up after not playing on the Champions circuit since March as Covid-19 shut down the season until this week, finished fourth on Sunday at the Ally Challenge in Grand Blanc, Mich.

The Cherry Hills Country Club member shot rounds of 70-70-65 for an 11-under-par 205 total, which left him three strokes behind champion Jim Furyk. DiMarco eagled a par-4 and added five birdies in a bogey-free round on Sunday.

Meanwhile, at the same event, Bertsch placed 45th in his senior debut, carding scores of 68-72-74 for a 2-under 214 total. Before Covid-19 took hold in the U.S., Bertsch was supposed to play his first PGA Tour Champions event in April.

— Kupcho, who just missed the cut in the Colorado Open last week, finished 60th in the return of the LPGA Tour at the LPGA Drive One Championship in Toledo, Ohio. The 2020 CoBank Colorado Women’s Open champion went 72-76-75 for a 7-over-par 223 total. She finished 14 strokes behind winner Danielle Kang.

— Kupcho’s older brother Steven, who ended up 26th last week at the Colorado Open, led going into Sunday’s final round of the Hillcrest Invitational Pro-Am in Yankton, S.D., on the Dakotas Tour. But after three consecutive rounds of 65, Steven Kupcho carded an even-par 72 on Sunday, which left him with a third-place finish at 21-under-par 267. Californian Brady Calkins claimed the title at 263. Kupcho, who won a tournament on the Dakotas Tour last month, earned $6,250 on Sunday.